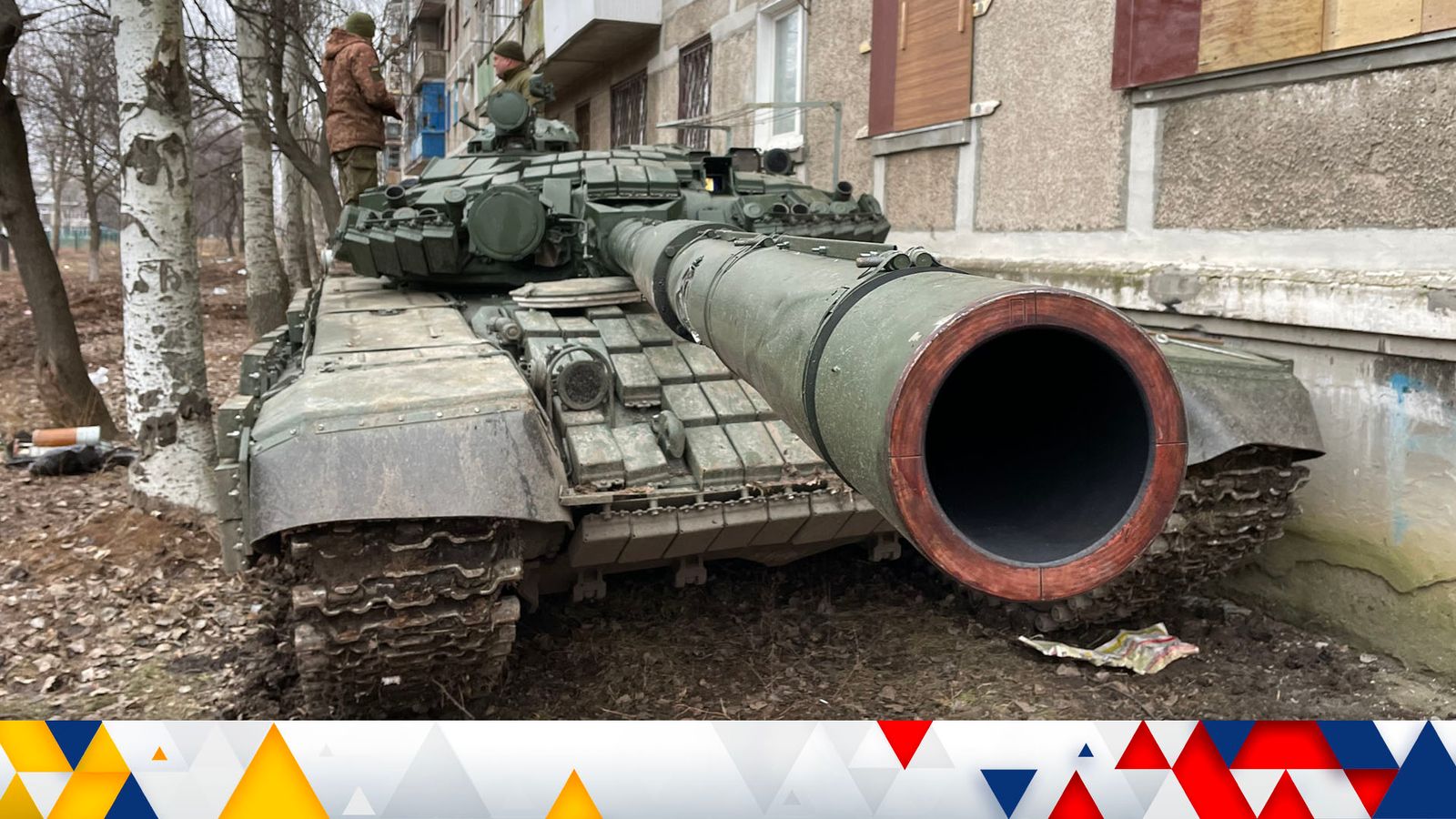 The city of Bakhmut is almost under siege.

As you approach, the rumbling percussion of artillery echoes all around – it’s the sound of a coming storm.

The first thing that draws your eye is the smoke from shelling in the centre, spiralling up against a bruised skyline.

Russia‘s advance is choking routes into this desperate place, which is at the epicentre of this war.

We travelled on one of the remaining roads in.

Everywhere here is in the line of fire.

We see devastated shops, apartment blocks and even churches.

And the casualties on both sides have been staggering.

The Kremlin has outsourced the fight here to the Wagner paramilitary group – they’ve sent wave after wave of infantry to try and capture this once thriving industrial hub.

It is also becoming clear that this gruelling fight, which began in August, is morphing into urban combat.

A David and Goliath battle of wits

Inside the city, we saw Ukrainian forces laying traps and bringing in reinforcements.

Lines of Soviet-era tanks and armoured vehicles are concealed amongst the buildings.

Dmytro, a soldier from the Azov brigade, tells me the fight has become a David and Goliath battle of wits.

“We are holding for now. We are standing with machine guns against tanks and we will see. As long as we have the spirit to fight, we will fight!” he says as gunfire rings out.

This city has become a symbolic prize for Russia, although it appears to be of small strategic value.

There are still a few people who are trying to salvage their belongings but most have left.

We watch a group of men taking stock – microwaves and refrigerators – from their shop.

Those remaining are terrified and reliant on the aid handouts from volunteers.

Iryna says she stays because she has nowhere else.

“People go to Dnipro and they shell Dnipro too, people died there, they hide there and there was a strike and people died, where should we go? It can land anywhere in Ukraine.”

Read more:
Zelenskyy in tears at memorial
West fails to make decision on tanks
The friction behind the defence chiefs’ smiles

‘We need weapons now – not later’

The Russian onslaught may soon break through the defences here.

Ukrainian soldiers told us Russian forces are now on the edge of the city.

Andriy, from the Rapid Reaction Brigade of the National Guard, says they desperately need more modern weaponry if they’re to stop Vladimir Putin’s army in its tracks.

“We need weapons today because after tomorrow this city can be destroyed already and if we wait, I can die but I want to live, and I want to support my country.

“If you wait maybe Russians will be in Poland tomorrow, we can wait one month, one year, I don’t know how long, but if we can’t stop Russia now, your army must stop Russia tomorrow.”

Bakhmut is preparing for another massive Russian offensive.

The soldiers here hope they can resist but after the loss of the nearby town of Soledar, they expect another relentless and deadly fight.