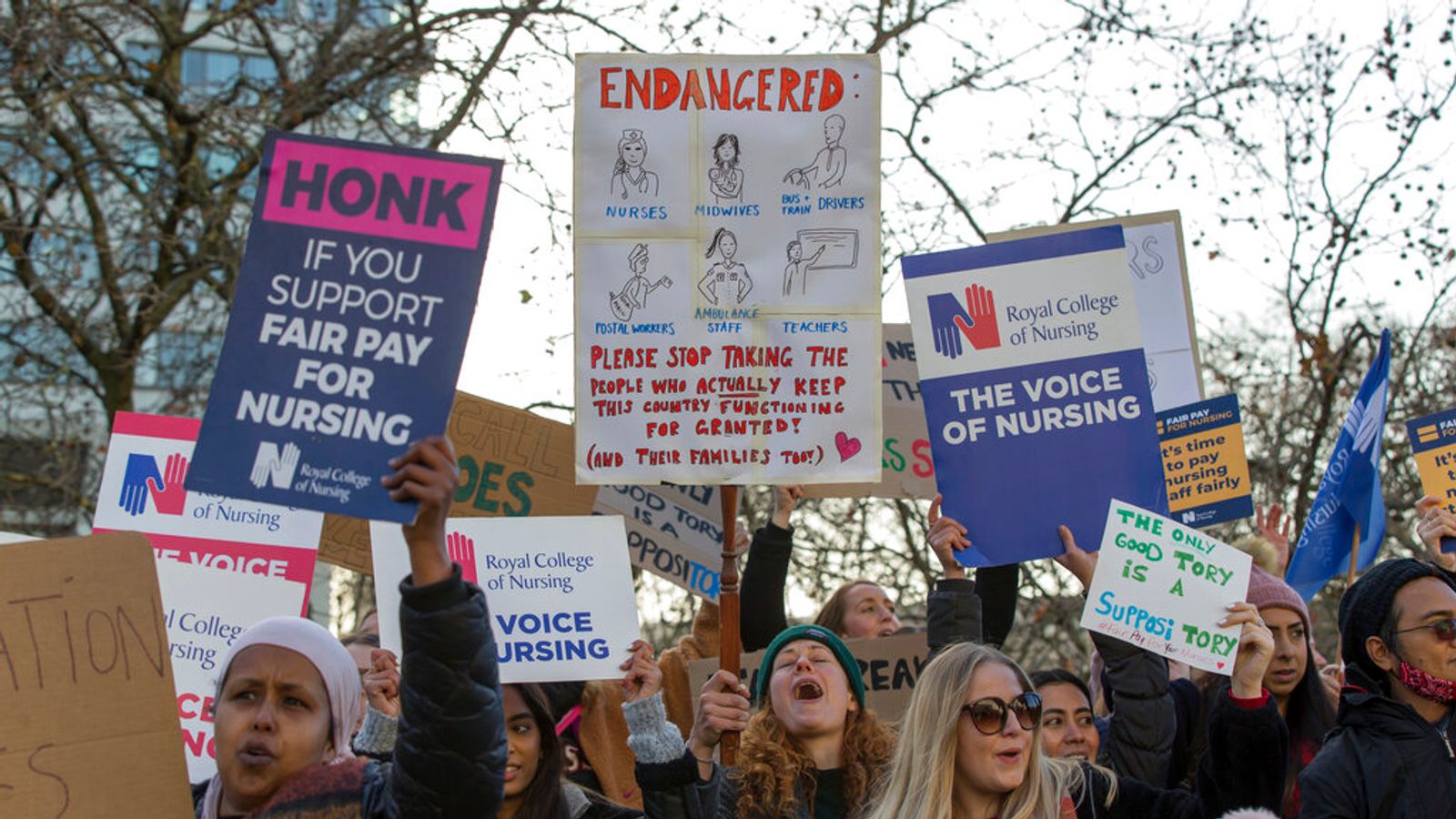 The government is bringing forward new strike laws to “maintain a basic function and deliver minimum safety levels” in the public sector during industrial action, the business department has confirmed.

In a statement, it said the government would “always protect the ability to strike”, but added: “It must be balanced with the public’s right to life and livelihoods”.

The legislation will be put to the Commons “in the coming weeks” and set minimum service levels for fire, ambulance and rail services for when the sectors decide to take action.

The government will consult on what those service levels should be, but said it would take into account that “disruption to blue light services puts lives at immediate risk”.

There had been reports that other sectors would also be covered by the new laws, including health, education, nuclear power, other transport services and border security.

But the department said it “expects to continue to reach voluntary agreements” with those unions and “would only look to consult on minimum safety levels should these voluntary positions not be agreed”.

And when it came to reports that unions could be sued if they don’t follow the new laws, the announcement said: “Trade unions will be bound to follow this legislation and will risk the employer bringing an injunction to prevent the strike from taking place or seeking damages afterwards if they do not comply with their obligations.”

Speaking to reporters, business secretary Grant Shapps said he would “rather we never have to go down this this route” and hoped that unions and employers could “get together and do sensible things in order to guarantee a minimum safety or service level in each different area”.

But he said recent ambulance strikes left the country with a “postcode lottery” of services, which was “unacceptable”, and the government would now have the power to impose service levels to stop that happening.

“There has to be a minimum safety level that people can expect even on strike days, particularly in areas like health care, making sure that an ambulance can turn up, for example,” said Mr Shapps. “That’s very patchwork at the moment.”

Ahead of the announcement, Labour leader Sir Keir Starmer said he would repeal anti-strike laws introduced by this government if his party came to power, saying: “I don’t think this legislation is going to work and I’m pretty sure they’ve had an assessment that tells them that. It’s likely to make a bad situation worse.”

Speaking after the government plans were revealed, his deputy, Angela Rayner, called the proposals “unworkable and unserious from a dead-end government”, adding: “It’s insulting to key workers that Rishi Sunak thinks that threatening teachers and nurses with the sack will end strikes.

“At every stage the government has sought to collapse talks and throw in last minute spanners. Now the prime minister is wasting time on shoddy hurdles that even his own transport secretary admits won’t work.

“Labour is united against this attack on fundamental British freedoms. We will oppose this bill and repeal these restrictions on the right to strike.”

The chief of rail union Aslef, Mick Whelan, also told Sky News this morning that such laws could lead to “longer strife and a different form of action”.

He added: “We’re currently – with 11 other trade unions – taking legal action against the last set of laws they put in place, and we would look at doing that in future as well.”

But the business secretary hit back at criticism from unions who claim such laws will impact the rights of its members, saying other modern European economies already have minimum safety levels. 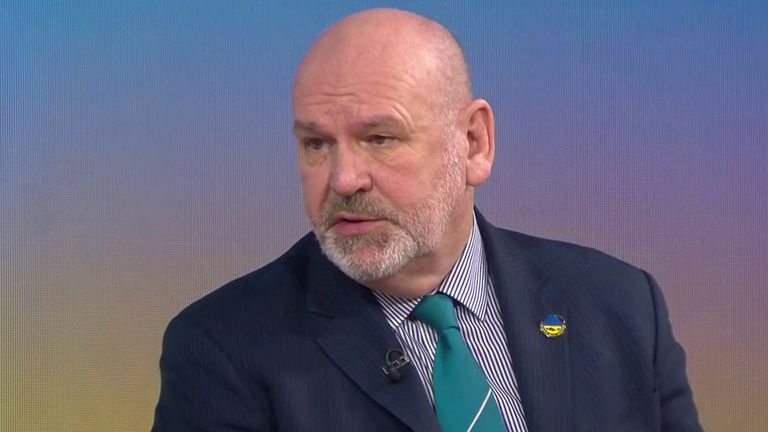 Whelan: ‘If we have to comply, we will’

“If, for example, you’ve got somebody who has a heart attack, maybe a stroke, the idea that there may not be an ambulance coming because there’s a strike on I think is unacceptable,” added Mr Shapps.

“I think it’s very reasonable what we’re suggesting, but I think the time has come and it brings us into line with other European nations.”

The head of the GMB union, Gary Smith, accused the government of trying to “scapegoat” NHS and ambulance staff for “over 13 years of failure in our public services” under the Conservatives.

“The NHS can only function with the goodwill of its incredible staff and attacking their fundamental right to take action will alienate them even further and do nothing to help patients and the public,” he added.

In the same announcement, the business department invited union bosses for “constructive conversations about what is fair and affordable” in the next round of public sector pay settlements, promising to be transparent about the figures they hand over to pay review bodies.

It also called for upcoming strikes to be cancelled while any talks go ahead, and said unions needed to “play their part in finding an agreement that balances giving workers a fair and reasonable settlement with continuing to take steps to bring down inflation and protect households’ budgets”.