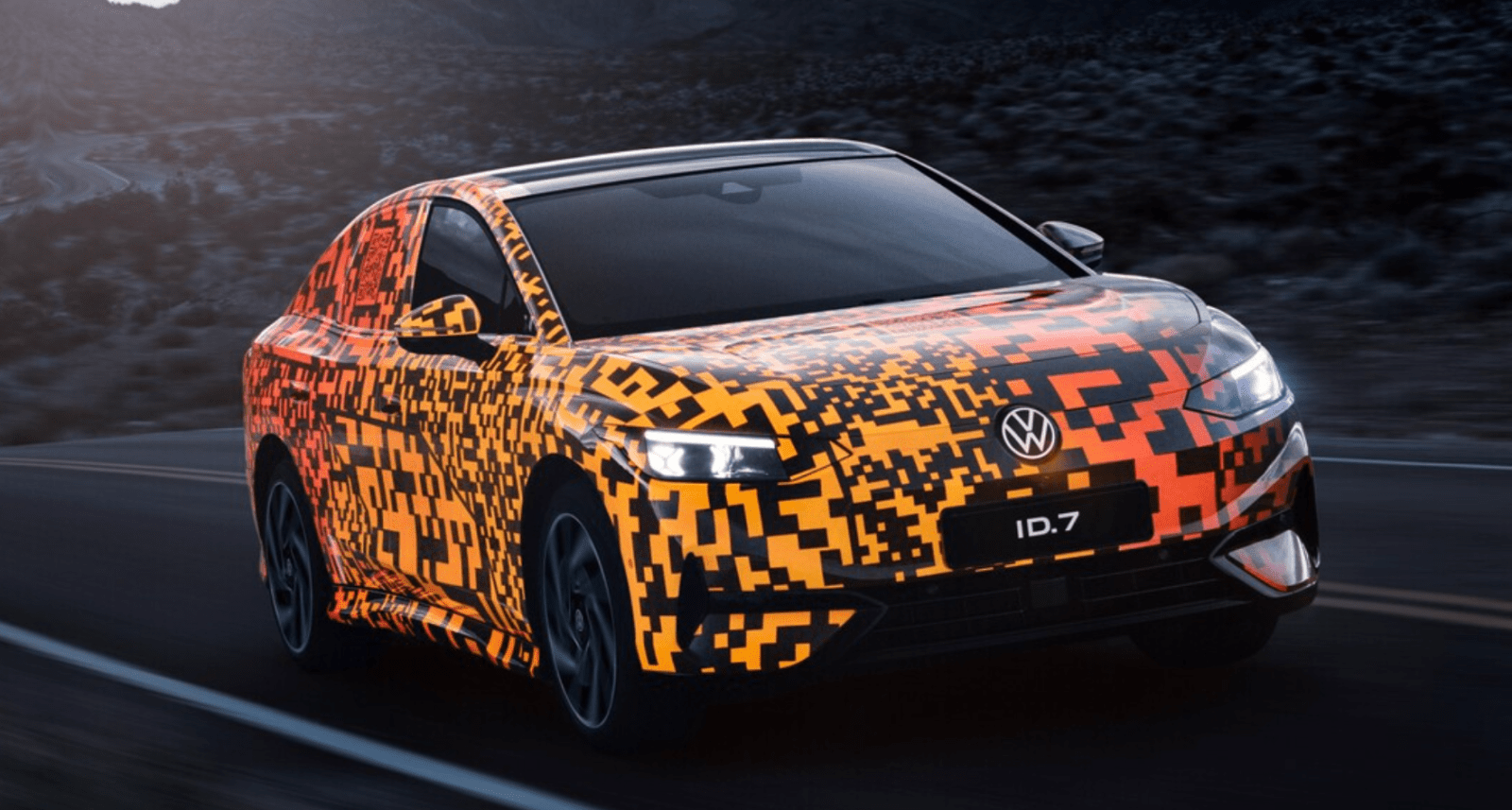 For those of us who love EV sedans, there’s one more coming down the pike, this time from Volkswagen as the ID.Aero prototype morphs into the ID.7 … prototype …

The ID.7 is Volkswagen’s sixth modern EV following the ID.3, ID.4, ID.5, ID.6 (China only), and ID.Buzz, and it represents a premium sedan form factor.

The ID. Aero was presented originally in China and was said to have a 700km range on the optimistic WLTP standard. That’s 435 gringo miles and by the time the EPA is done with it, we’d expect the range to be in the mid to high 300s. That’s still impressive with the other ID vehicles usually landing in the mid 200-mile ranges.

With its latest MEB model, Volkswagen improves upon its previous ID models:

We got a sneak peak of the ID.7 late last year in Los Angeles and were blown away by the 40-layer electroluminescent light effects. We weren’t allowed to go inside (let alone drive it) however, which made for an admittedly disappointing trip.

It doesn’t sound like there will be any drives this week either, which is unusual for a car that’s going into production next quarter. Volkswagen is famous for drip-dropping news, so stay tuned.

The paint job is a prototype, and it won’t be on any soon-to-be-launched vehicles, but we’re told that the technology could make it into production cars at a later date. I can see this as something that police cars and EMS vehicles could use but wonder if it would be too distracting for typical vehicles.

As for the VW EV sedan form factor, it will be going up against the BMW i4, Hyundai Ioniq 6, Tesla Model 3/S, and Mercedes E Class vehicles. All important will be pricing and availability as well as things like interior and how it drives, which we’ll hopefully be learning more about soon.

This article was originally published by Electrek.co. Read the original article here.