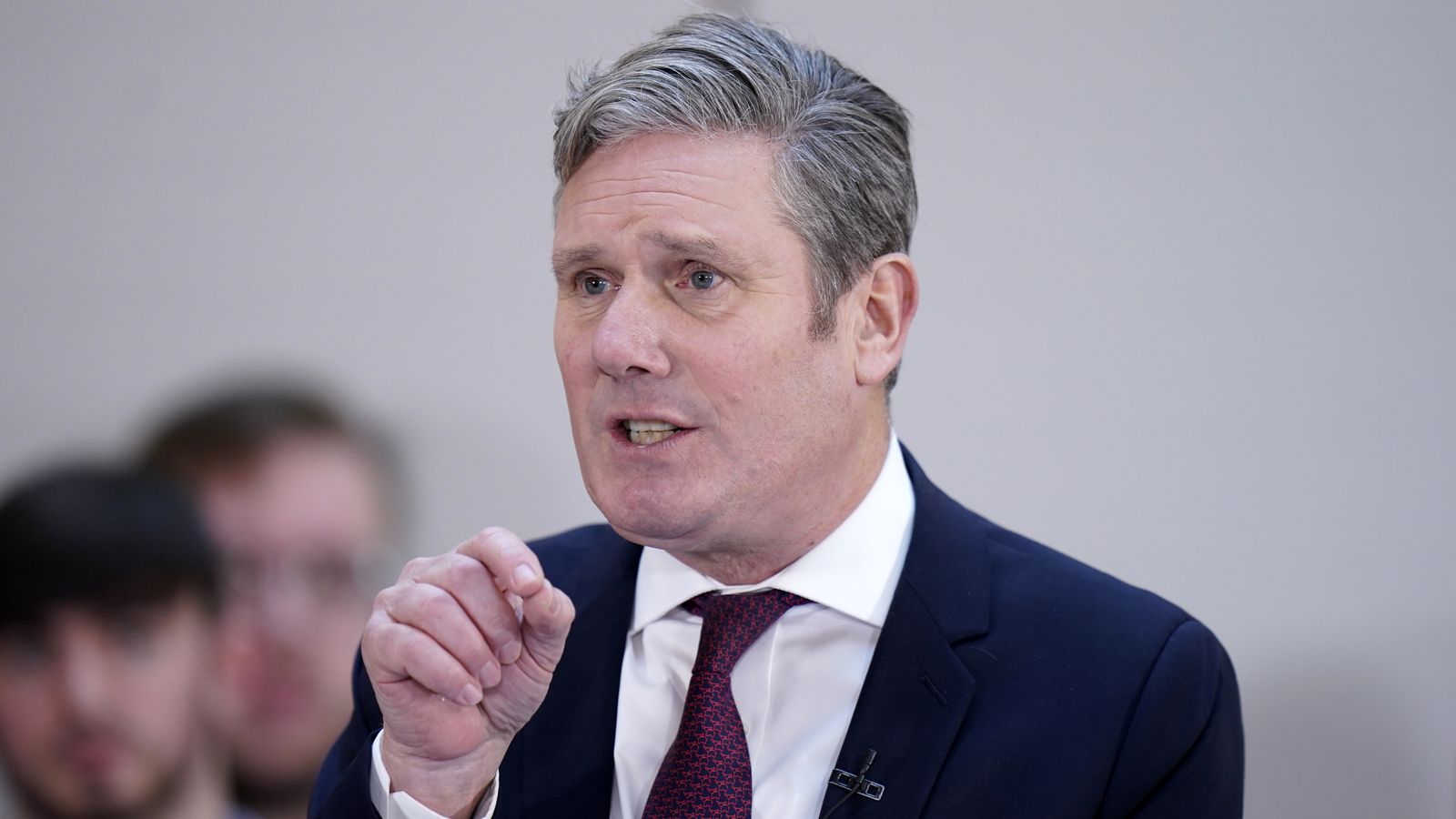 Sir Keir Starmer will promise to end “sticking plaster politics” when he delivers his first speech of the new year.

The Labour leader will claim on Thursday that “a short-term mindset” dominates Westminster under the Conservatives, pointing in particular to its handling of the crisis in the NHS.

He will promise “a completely new way of governing” under his leadership, “driven by clear, measurable objectives” or “national missions”.

Sir Keir will also warn Labour would not be “getting its big government chequebook out again” to solve the problems facing the country.

The Conservatives have said it is “yet another desperate relaunch attempt” by Sir Keir and called on him to “stop playing politics and back our plan for a better future that delivers for all”.

In a preview of Sir Keir’s speech released before his appearance in east London, little concrete policy has been revealed.

Yet a number of promises are set to be made around giving the public “a sense of possibility again” and showing “light at the end of the tunnel” by delivering “a decade of national renewal” and “the economy and the politics Britain deserves”.

The leader will say the pressures on the NHS have been “an iceberg on the horizon” for the government, but it has chosen to stick to short-term fixes rather than long-term change.

“You can’t overstate how much a short-term mindset dominates Westminster,” he will say. “And from there, how it infects all the institutions which try and fail to run Britain from the centre.

“Time and again it’s the same pattern. I call it ‘sticking plaster politics’.

“This year, we’re going to show how real change comes from unlocking the pride and purpose of Britain’s communities.

“No more Westminster hoarding power, no more holding back this country’s economic potential.

“A fairer, greener, more dynamic country is coming and a transformed state and politics will take us there.” 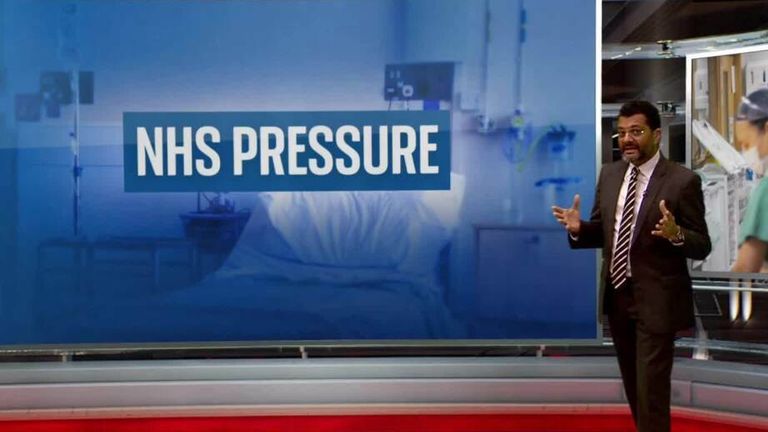 The numbers behind the pressure on the NHS this winter

Labour cannot ‘spend our way’ out of Tory ‘mess’

In what the party describes as a “stark warning over the need for reform”, Sir Keir will say: “Let me be clear – none of this should be taken as code for Labour getting its big government chequebook out again.

“Of course investment is required – I can see the damage the Tories have done to our public services as plainly as anyone.

“But we won’t be able to spend our way out of their mess – it’s not as easy as that. There is no substitute for a robust private sector, creating wealth in every community.”

In that vein, he will promise a “more strategic” and “new approach to the power of government”, that is “more relaxed about bringing in the expertise of public and private, business and union, town and city [and] using that partnership to drive our country forward”.

“So this New Year, let us imagine what we could achieve if we match the ambition of the British people, unlock their pride and their purpose, give them an economy and a politics they deserve.”

More detail on the so-called “missions” will be announced in the coming weeks and form the basis of the party’s next election manifesto, with Sir Keir calling them “the driving force of the next Labour government”.

Tory chairman Nadhim Zahawi accused Labour of “failing to set out a positive, detailed, long-term plan to secure the future prosperity of Britain”.

Mr Zahawi added: “Every week [Sir Keir] changes his position depending on what he thinks is popular – from supporting free movement to supporting the unions, he’ll say anything if the politics suits him.

“He should stop giving cliché-laden speeches, and instead finally unveil a plan for people’s priorities. He’s got nothing to say on how to cut crime, get immigration down, and reduce borrowing – that’s what the nation wants to see.”

Sir Keir’s speech will come the day after Rishi Sunak, the prime minister, gave his first speech of the year, outlining five promises to deliver “peace of mind” to the public.

He pledged to halve inflation; to grow the economy; to reduce debt; to cut hospital waiting lists; and to stop migrant crossings.

Labour accused him of focusing on areas where progress is already predicted over the coming months, and “failing to tackle the big pressures” the country is facing.

Zelenskyy ‘thankful’ for extra tanks as Kremlin says they ‘will burn’
DOJ files second antitrust suit against Google, seeks to break up its ad business
Revealed: How the North/South divide affects the UK economy
Zahawi settled tax issue with HMRC while he was chancellor
Rad Power Bikes announces ‘New Rad’ after saying that it ‘made mistakes’