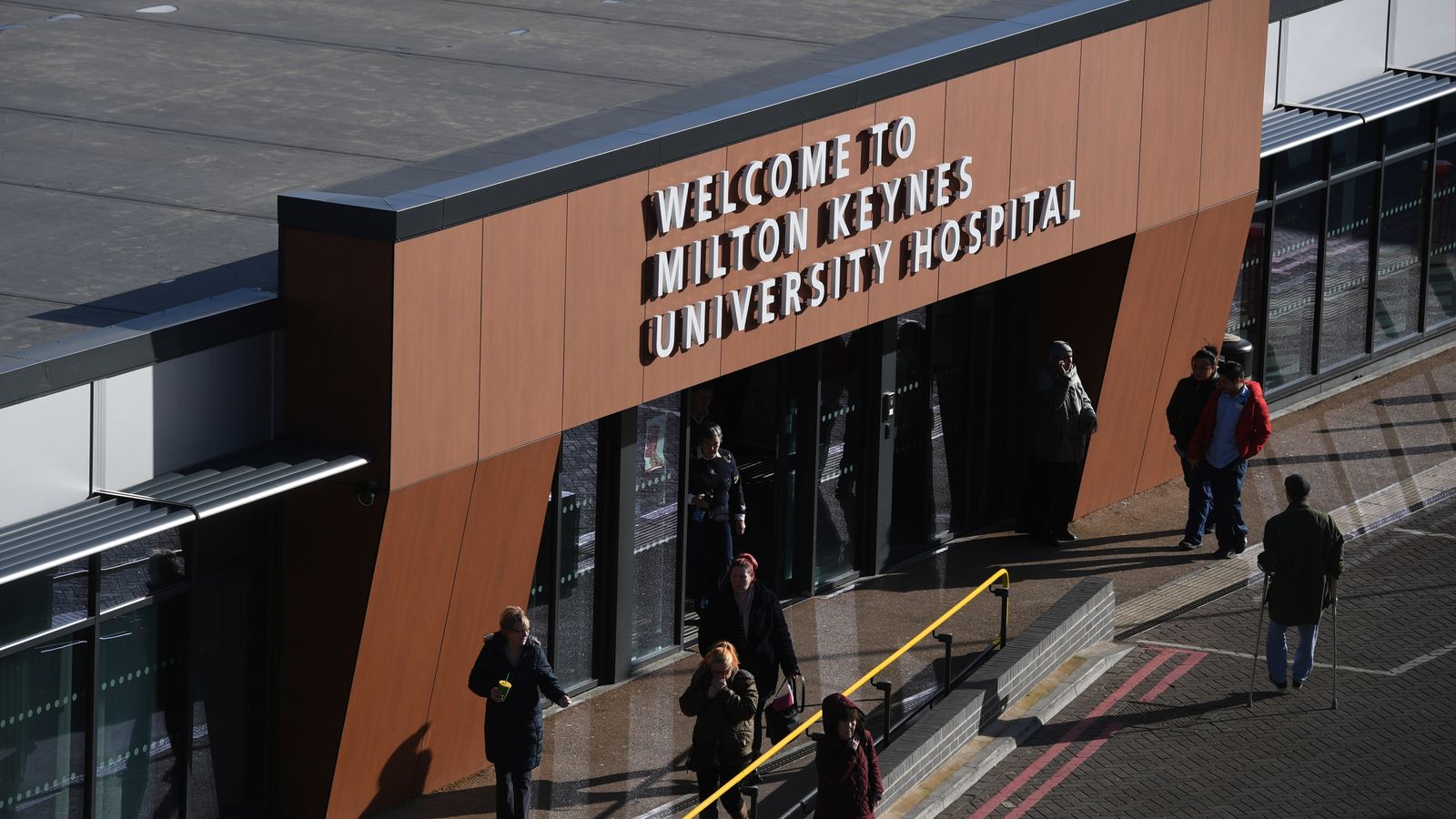 NHS hospital staff have been told to return their Christmas bonuses after it was paid to them by mistake.

A number of employees at the Milton Keynes University Hospital in Buckinghamshire were told the day before Christmas Eve that the money would have to be repaid as they were not eligible for the payment.

The hospital had operated a scheme between July and December last year where staff would receive either a £150 payment or a £300 payment in their December wages if they worked an additional five to 10 shifts over those months.

However, some staff who had not worked the extra shifts were paid the money anyway in error.

A hospital spokesperson told Sky News it was not clear how many staff had incorrectly received the payment but it was believed to be a “handful”.

They added those who received the payment were informed as soon as the problem was identified and were told the money would need to be repaid.

Staff can pay back the money through an “affordable repayment programme”, the spokesperson said.

Mr Harrison wrote: “Really sorry we have got this wrong. We will make sure we minimise the financial impact for those affected and will change this scheme to make it easier to use and administrate in future.”

Ms Jarman said on Twitter: “We’ve made a bit of a mess of an additional shift payment that’s affected a small number of people’s pay @MKHospital – if you’re affected you’ll already know.

“So, so sorry this has happened. We are unpicking exactly how it did but it’s really upset and angered those affected completely understandably.

“Again, I am really sorry. It shouldn’t have happened. There’s a little bit more info in today’s weekly message but we are still trying to understand what happened and why. More info to come but just wanted to acknowledge it and apologise.”

A hospital spokesperson, said: “MKUH operated a scheme between July and December where staff working an additional five to 10 shifts over those months would receive either a £150 or £300 payment in their December wages.

“There were a number of clear conditions attached to this scheme because it was designed to encourage the uptake of hard-to-fill shifts.

“A small number of staff were informed that they may have received an additional payment in error as soon as the error was identified (immediately after the December pay day).

“We know this has been upsetting for those staff who have been told they may be affected and are very sorry this has happened. We will remain in contact with those affected and will work to minimise any financial impact.”