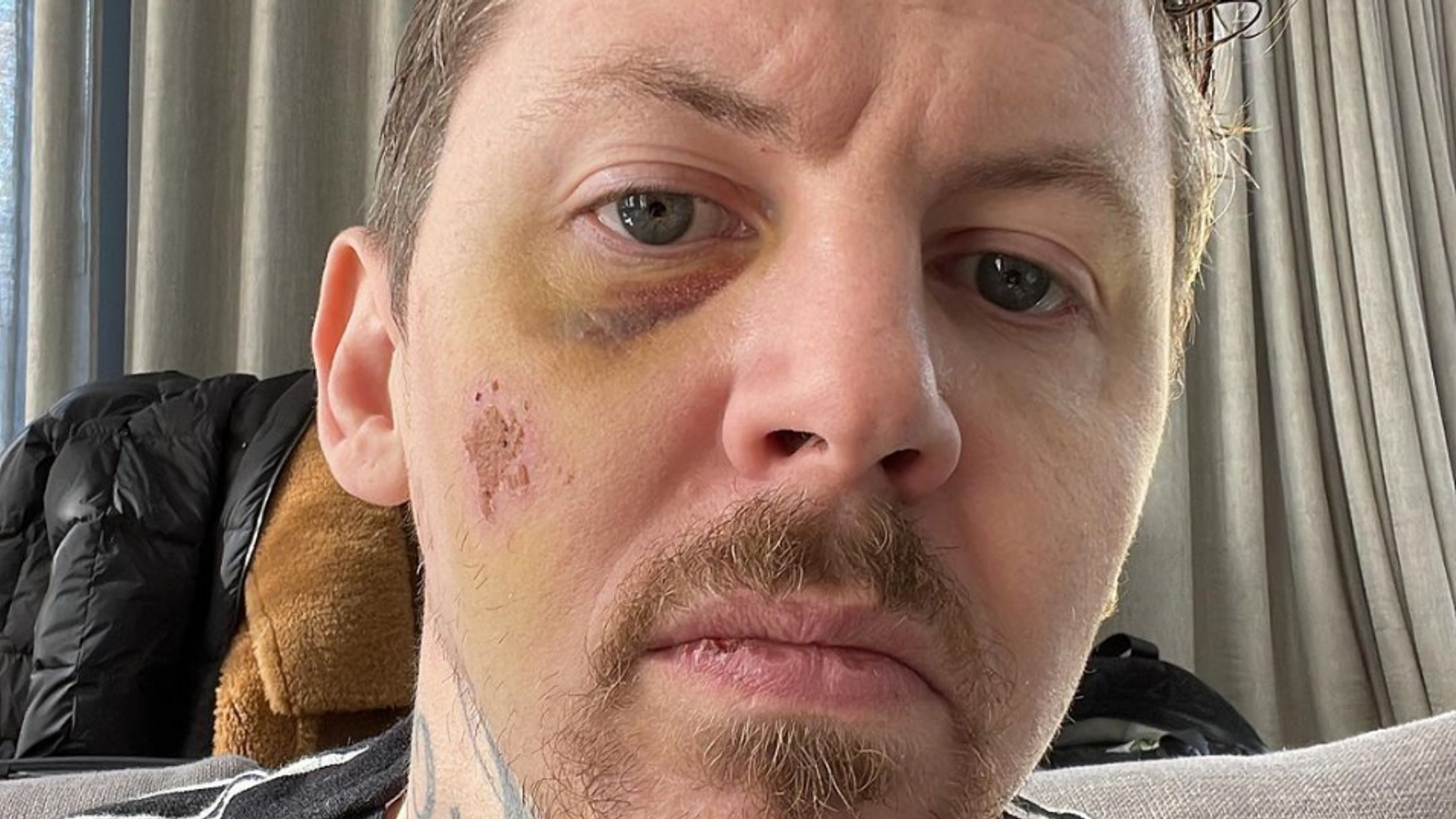 Rapper Professor Green has revealed he nearly died after suffering a seizure.

Green, whose real name is Stephen Manderson, said he fell “face down” into steel and concrete after suffering a grand mal seizure while on his own at home in April.

In a post on social media, the “I Need You Tonight” rapper revealed he convulsed for eight minutes, during which he “repeatedly” hit his head and face.

Sharing details about the incident on Instagram, the 39-year-old performer wrote: “I had a grand mal seizure while home alone, fell face down into steel and concrete and convulsed for 8 minutes, repeatedly hitting my head and face – I’ve never watched the CCTV.

“The bruising internally was more the issue and I’ve been clawing my way back ever since.

“It was caused by a culmination of things, but largely I’d not been taking care of myself, the opposite in fact.

He also urged others to “deal with” their health, adding: “If you don’t, it’ll deal with you.”

Manderson, who is also an advocate for mental health, previously revealed he had suffered a seizure in 2019.

The London-born performer had to cancel his UK tour that year after fracturing three vertebrae in his neck after suffering the medical episode. He then suffered two further seizures.

Posting about the incident at the time, he said: “Just after I sent this pic I sent to someone to say how ready for tour I was, I had the first seizure I’ve ever had which led to me falling without hands to soften the fall and fractured my neck in doing so.

“After I got to the hospital I had a second seizure with again no obvious cause.

“There’s one theory – I’ve run myself into the ground doing way too much, over-stretching myself as per usual and it’s finally caught up on me.

“Seems quite likely. I’m gonna use this time to implement all the self-care I encourage others to [p]ut into practice – and it’s going to stay in practice as there’s nothing like nearly breaking your neck to put things into perspective.

“Rest, studio, books, and efforts into building what might even be a relationship… A healthy one. Not one based on toxicity. Crazy, I know.”

Green, who shot to fame with his debut album Alive Till I’m Dead in 2010, welcomed his first child, a son, with actress and model Karima McAdams in 2021.

What is a grand mal seizure?

Also known as a tonic-clonic seizure, a grand mal is what most people think of as an epileptic fit.

Someone suffering from a grand mal will lose consciousness and go stiff, often falling to the floor, in what is known as the tonic stage of the seizure.

They will then enter the clonic stage, in which they will start to convulse.

These type of seizures can be dangerous for those who suffer them, as the initial fall can result in serious injury, while the convulsions can also cause further damage.

For people with epilepsy – a condition that causes frequent seizures – these fits can appear to happen at random.

But they can be triggered by a number of factors, including stress, a lack of sleep, alcohol and some medicinal and recreational drugs.

Though fits are often associated with epilepsy, someone without the condition can also suffer a grand mal seizure.

The moment Zelenskyy hears about tank delivery
Man dies after being crushed by pop-up telescopic urinal in London’s West End
Everyone’s watching Meta’s earnings report for a hint at how online ads are doing
Why is Rick Astley suing rapper Yung Gravy?
Flybe: Will I get a refund for my flight?