Ian Blackford watched the election of his successor Stephen Flynn via zoom, surrounded by his closest allies. And by boxes.

His imminent forced departure from the two-floor, wood-panelled suite of offices afforded to the leader of parliament’s third party, was a source of sadness and frustration.

Nicola Sturgeon had made her own unhappiness clear to colleagues. For this brutal political hit job was a rare display of ill-discipline in her ranks.

Public criticism of colleagues is explicitly banned in the Westminster group’s standing orders, but in private SNP MPs can be surprisingly vitriolic.

“What a c***”, is one parliamentarian’s assessment of a colleague. “He’s an a******* and lazy”, is how a different MP sums up a fellow SNP politician.

A nationalist who represents a large rural patch “has an ego the size of his constituency”. A lesser-known MP is “a zoomer… thick as two planks”.

His hurried election was not just the latest evidence of division within the party but also a clear sign of a generational shift. 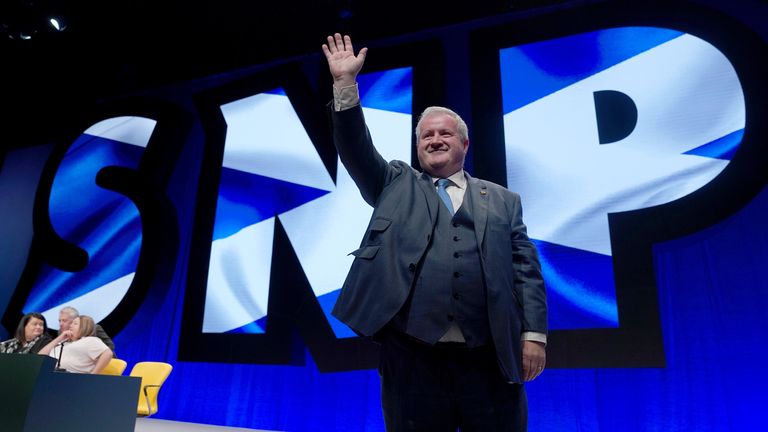 Mr Flynn was both the parliamentarian behind the coup and its main beneficiary, but never confronted Mr Blackford directly.

Instead after months of wooing MPs and even after claiming he had “no intention of standing”, Mr Flynn got his friend and fellow MP David Linden to do the dirty work.

Acting as emissary, Mr Linden met Mr Blackford’s chief whip and showed him a long list of names. The message: We have the backing of a majority of SNP MPs and would win a leadership challenge. Your move.

“Even if he won by a handful of votes, Ian would be a dead duck,” a colleague said.

A conversation with Ms Sturgeon, and her offer of a new role in her latest push for Scottish independence, helped Mr Blackford finalise his decision.

The first minister’s frustration was not purely because of the loss of a trusted ally. But with multiple public service crises in Scotland and internal splits on trans legislation, Ms Sturgeon has limited bandwidth to deal with further SNP drama. “She runs a f***ing government,” argued one MP. “The less she thinks about us the better.”

When I meet Mr Flynn for coffee a few days after his victory (he opts for an oat flat white), a smile flashes across his face when I ask about the coup.

He continues with the tenuous claim that there was no such thing. As for Mr Linden’s role in despatching Mr Blackford, “I’m not aware of any list,” is his response.

Yet the new leader seems confident in his abilities, and disarmingly relaxed about the challenges ahead.

His debut at PMQs was performed without notes prompting plaudits from political commentators. 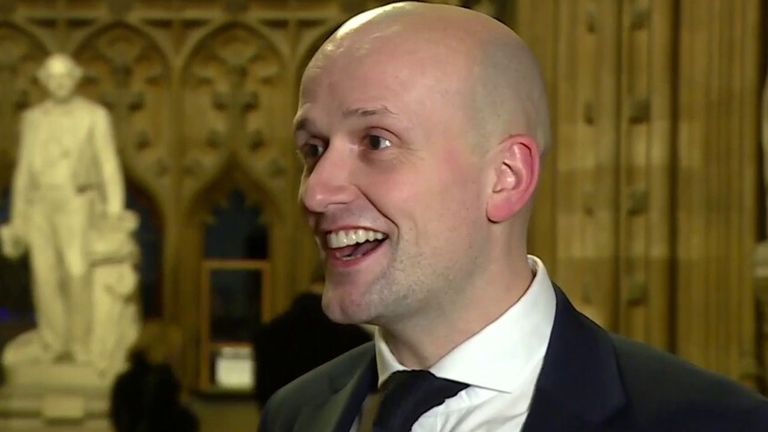 “I read a lot and feel confident in the Commons despite being shouted down,” he tells me. “It’s an engaging approach and it’s relatively uncommon, particularly for frontbenchers.”

In contrast, Rishi Sunak attends the weekly sessions armed with a ring binder of information, while Keir Starmer holds a sheaf of scripted questions.

“It looks like Stephen believes in some of that stuff,” argued a friend who is disparaging about Mr Blackford’s career in financial services. “I’d rather that than a very rich banker talking about poverty.”

Aside from his fledgling relationship with Ms Sturgeon (“I’m sure we’ll catch up in the New Year – she’s been very supportive”), Mr Flynn will need to manage the complex set of personalities among his own flock of MPs. “Everyone has a grievance,” said one parliamentarian.

Veteran MP Pete Wishart’s pointed resignation letter as he departed the SNP frontbench was striking precisely because such displays of division are rare in the party.

Beyond the back-biting, there is a larger problem, which some see as a long-running sore within the SNP Westminster group: Is it MPs or MSPs who are leading the charge for an independent Scotland? Who is the vanguard and who is the rearguard?

It can lead to mixed messages for fragile egos according to one involved: “At Westminster, you’re made to feel like a demi-god. But return to Scotland and its local councillors and MSPs who wield the power.”

Mr Flynn faces a paradox: He may now have the party’s biggest UK-wide media platform yet he possesses almost no power and there is zero prospect of that changing.

Motivating forty-five parliamentarians with such a bleak outlook is difficult. Especially as polls suggest Scottish Labour is on the rise and therefore SNP losses are likely at the general election.

A senior Scottish Labour figure claimed the party is now “competitive” in 15 seats including all seven held by the nationalists in Glasgow. A Year In Politics: Three PMs and four chancellors

Mr Flynn is considered more impatient on independence than his predecessor, but he is tight-lipped when I raise the most significant event in 2023 for the SNP: Their special spring conference to discuss the party’s strategy on leaving the UK.

After November’s Supreme Court ruling that a second referendum cannot happen without the permission of Westminster, Ms Sturgeon announced a meeting would be held to discuss a de-facto referendum on independence.

Unlike the party’s annual conferences, which are usually carefully choreographed and drama-free, this event may be the moment when internal splits break out into the open.

Some of Ms Sturgeon’s cabinet ministers are privately critical of her current plan, with others arguing her campaign for independence has been neither urgent nor radical.

Discussions over the first minister’s future are almost endless, even if Ms Sturgeon’s political eminence and iron grip on the SNP means she alone will choose the timing of her departure. Many believe this will most likely happen after the 2024 election.

The continuity of her presence at the top of Scottish politics means imagining a successor is difficult for many. It also means the pool of potentials is large.

Ms Sturgeon has been in government in Edinburgh since the final weeks of Tony Blair’s premiership. After eight years in the job, she is Scotland’s longest-serving first minister, and that followed seven years as Alex Salmond’s deputy.

Mr Flynn was eleven when Ms Sturgeon was first elected to the Scottish Parliament. His deputy Mhairi Black was five-years-old. The SNP have been in government throughout their adult lives, and they are now part of a new generation.

And that – along with the marginal nature of Mr Flynn’s Aberdeen South seat – is why some predict that after leading the party at Westminster, he has his sights on the top job in Edinburgh.

“That’s not my focus,” he claims. “My focus is getting us out of here. I’m not going to waver from that objective.”

2023 could be a year of major change within the SNP. If so, Mr Flynn is likely to play a significant part.

Stripe tells employees it will decide on an IPO within the next year
Haunting video of Tyre Nichols arrest before his death is sickening indictment of policing that night
Poldark’s Aidan Turner says actors should have ‘air of mystery’ about their private lives
Why a British star’s Oscar nomination has sparked a storm of controversy
Flybe: Will I get a refund for my flight?