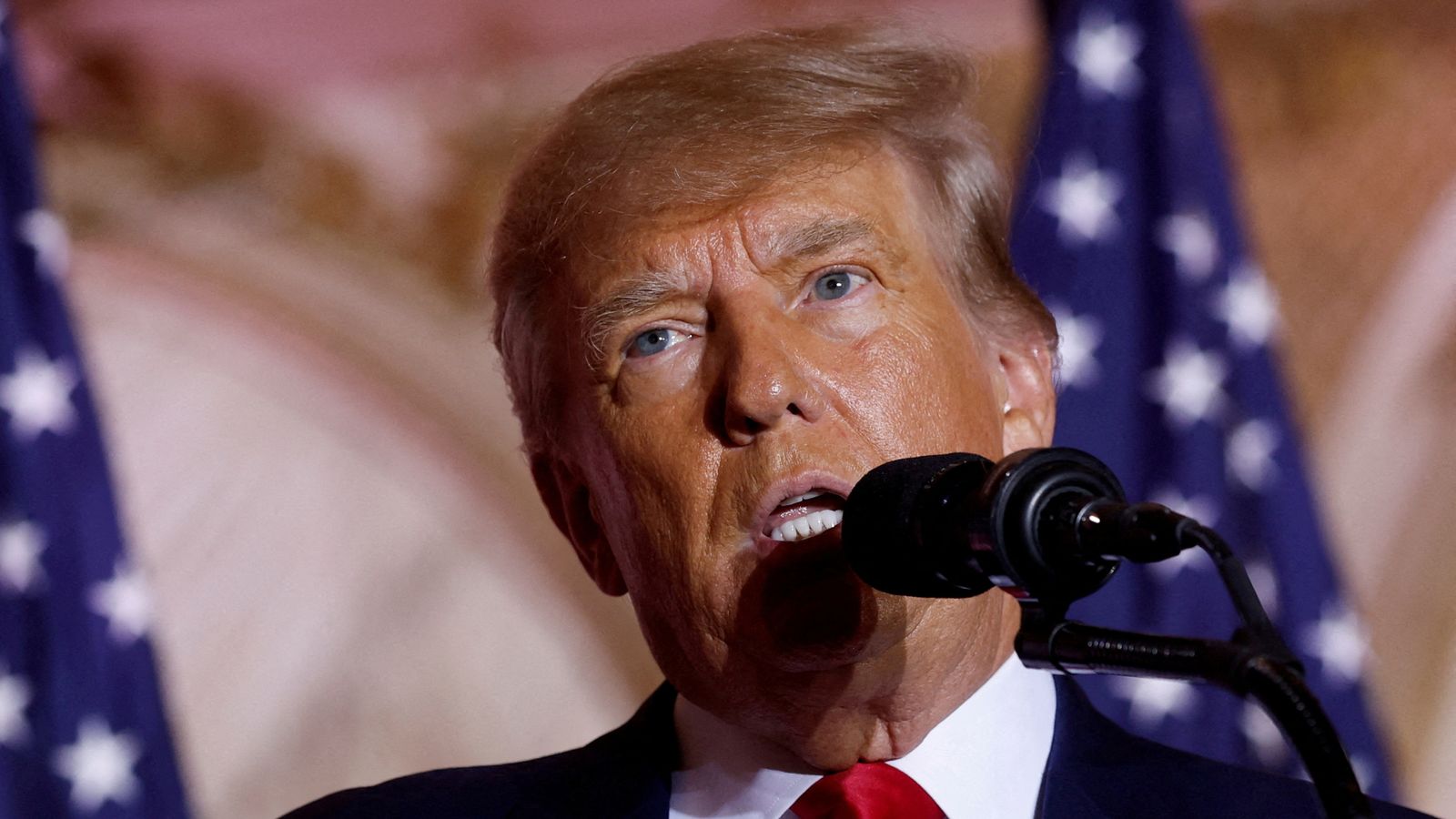 In response to the release of thousands of pages of his tax returns, former US president Donald Trump warned “horrible things” were to come, taking aim at “radical left Democrats”.

The former US president was unable to stop Democrats in Congress divulging the information, covering 2015 to 2020.

In a statement responding to the release, Mr Trump said: “The Democrats should have never done it, the Supreme Court should have never approved it, and it’s going to lead to horrible things for so many people.

“The great USA divide will now grow far worse. The radical left Democrats have weaponised everything, but remember, that is a dangerous two-way street!

“The ‘Trump’ tax returns once again show how proudly successful I have been and how I have been able to use depreciation and various other tax deductions as an incentive for creating thousands of jobs and magnificent structures and enterprises.”

The documents span more than 2,700 pages of individual returns from Mr Trump and his wife Melania, and more than 3,000 pages covering returns for his business entities.

There are some redactions in the release – chiefly bank account and social security numbers.

The data release follows a party-line vote on the House of Representatives’ ways and means committee last week to make the returns public after the Supreme Court ruled he must hand the documents over.

His finances have been largely shrouded in mystery since he refused to release them ahead of, and during, his term of office.

Mr Trump, known for building skyscrapers and hosting reality TV show The Apprentice before winning the White House, only provided limited details about his holdings and income on mandatory disclosure forms.

It has not prevented his critics from trying to shed more light on his wealth and tax details since.

Mr Trump plans to run for office again in 2024.

The Trump Organisation was convicted earlier this month on tax fraud charges for helping some executives dodge taxes on company-paid perks such as apartments and luxury cars.

Mr Trump’s accountant, Donald Bender, testified at the trial that he reported losses on his tax returns every year for a decade from 2009.

Man escapes feared Russian agency, reveals what Russian spies are saying
Molly-Mae Hague reveals baby daughter’s unique name
‘It changed me’: The investigation into one of history’s worst space disasters – and its legacy
Boris Johnson confronted over ‘sleaze’ allegations
Cost of Living: More firms going under than in 2008