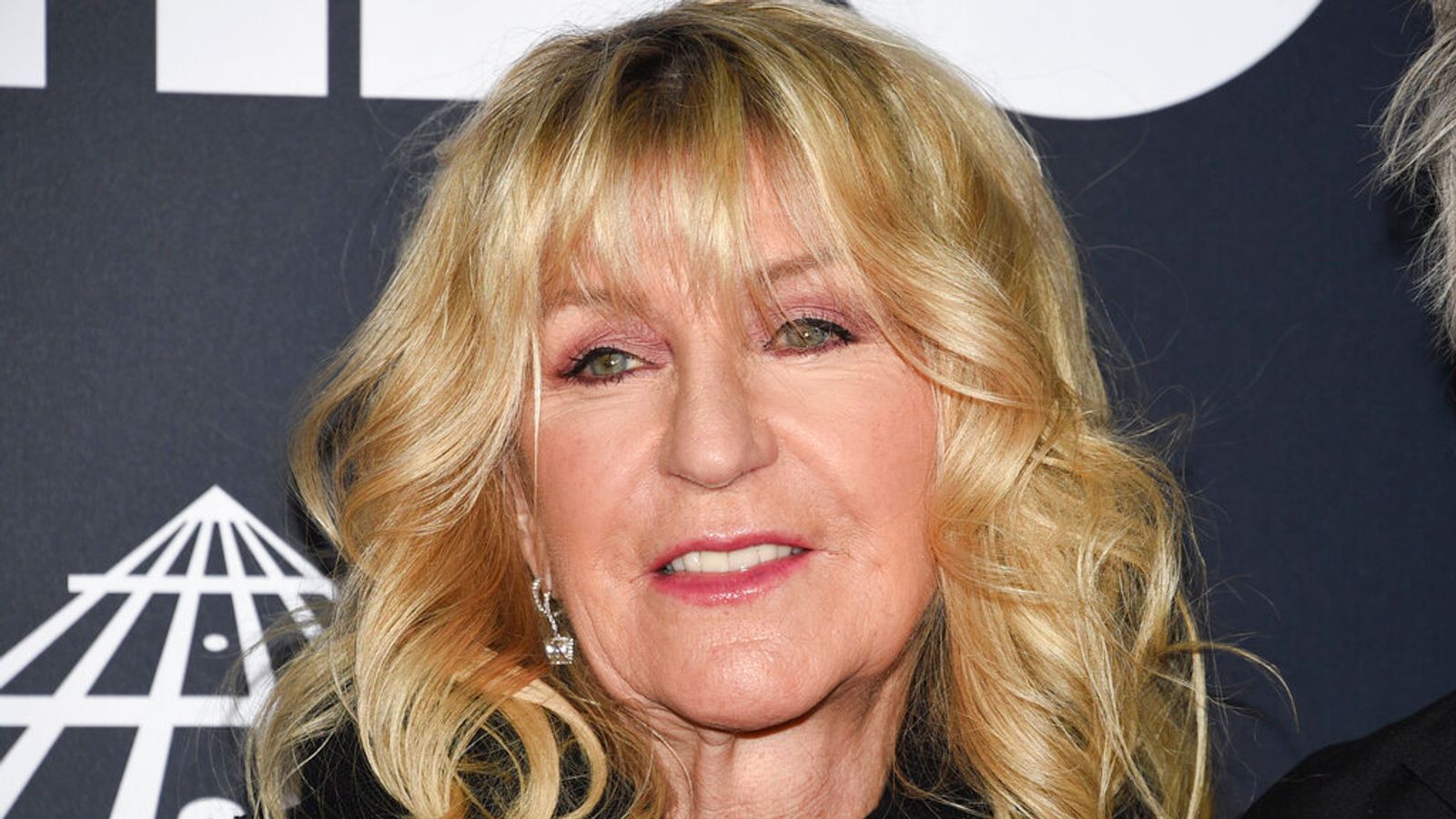 The British-American rock band, founded in London in 1967, sold more than 100 million records worldwide, making them one of the most successful groups ever.

In a post on Facebook, McVie’s family wrote: “It is with a heavy heart we are informing you of Christine’s death.

“She passed away peacefully at hospital this morning, Wednesday, November 30th 2022, following a short illness. She was in the company of her family.”

The statement continued by asking for the family’s privacy to be respected at “this extremely painful time” and for everyone to remember the “revered musician who was loved universally”.

Fleetwood Mac’s best-known songs include Dreams, Go Your Own Way and Everywhere.

Singer-songwriter and keyboardist McVie penned Songbird, one of the band’s most famous tracks, as well as Oh Daddy, Little Lies and Don’t Stop

She was among the eight members of the band who were inducted into the Rock & Roll Hall of Fame in 1998, and she left the band a short time later following the death of her father.

She had a successful solo career and reunited with her bandmates in 2013 after a long 15-year hiatus.

In 2017, she revealed that she had retreated from the world and developed agoraphobia after leaving Fleetwood Mac and moving from California to Kent.

‘The best musician anyone could have’

“There are no words to describe our sadness at the passing of Christine McVie. She was truly one-of-a-kind, special and talented beyond measure,” a message on the band’s Twitter page read.

“We were so lucky to have a life with her. Individually and together, we cherished Christine deeply and are thankful for the amazing memories we have.”

Despite its tumultuous history, the group became one of the most famous rock bands of the 1970s and 80s, made up of Mick Fleetwood, Christine and John McVie, Lindsey Buckingham and Stevie Nicks.

Perhaps their most popular album, Rumours, was released in 1977 and went on to become one of the best-selling albums of all time.

It included hits such as Second Hand News and You Make Loving Fun and sold more than 40 million copies worldwide.

‘We called each other Sissie’: Sarah, Duchess of York and Axl Rose pay tribute to Lisa Marie Presley
‘It’s just terrible’: Californian city reels in aftermath of mass shooting
Latest Johnson scandal may not damage former PM – but what will the fallout be for Rishi Sunak?
‘We will fight’: A David and Goliath battle is taking place in Bakhmut
Spotify cuts 6% of its workforce — read the memo CEO Daniel Ek sent to staff