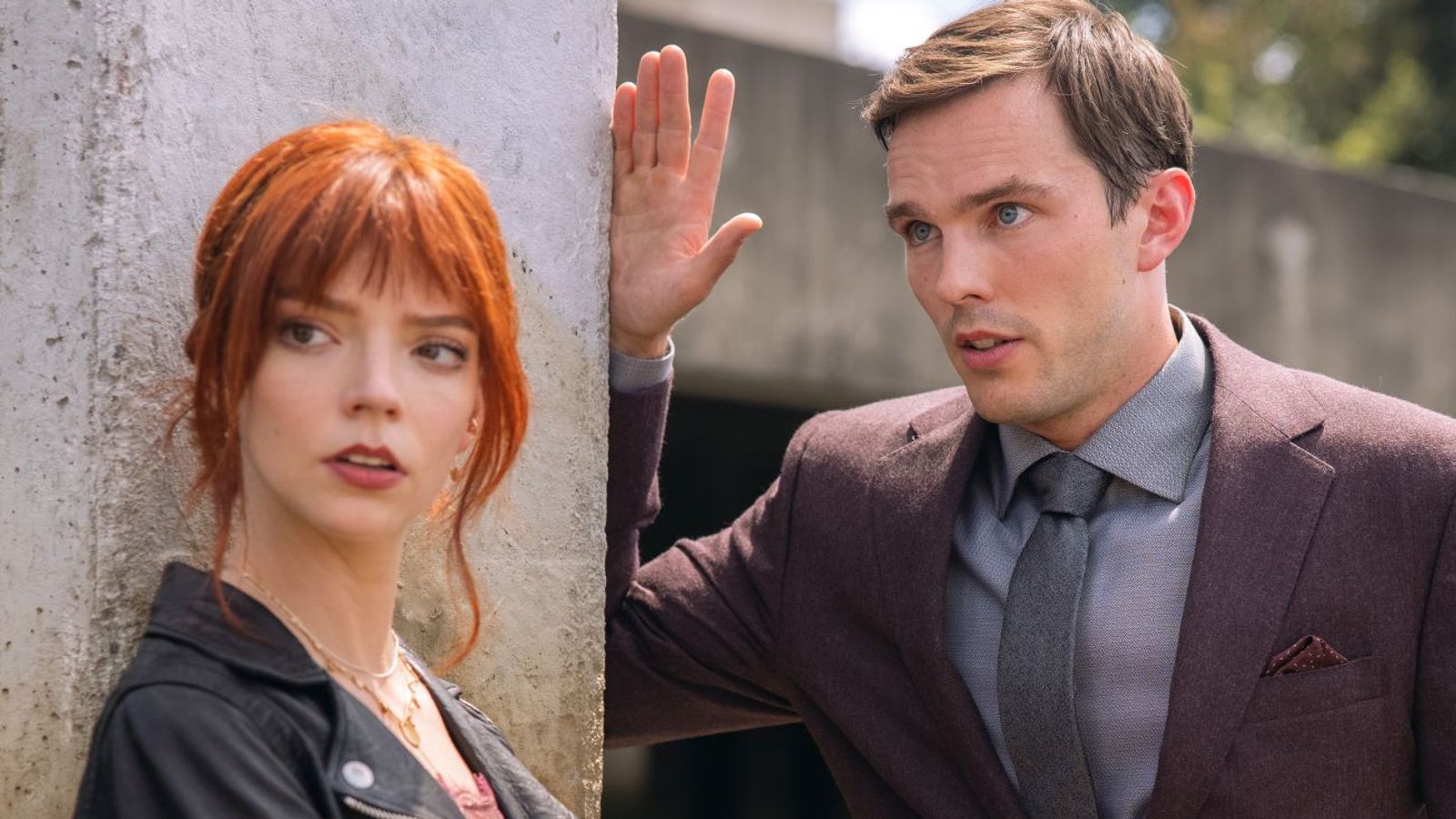 Their new film takes aim at the rich and famous, but Anya Taylor-Joy and Nicholas Hoult have told Sky News’ Backstage podcast that they don’t plan on getting caught up in the ridiculous side of their industry.

The Menu is a dark comedy about a group of wealthy people who get far more than they bargained for when they go for dinner at the exclusive restaurant of a celebrity chef (played by Ralph Fiennes), whose carefully prepared meal turns out to be about much more than just the food.

From the self-satisfied food critic to the tech bros to the film star who’s had his day, the characters have lost touch with reality – something Hoult and Taylor-Joy are keen to avoid for themselves.

“I think a lot of what it’s poking fun at or making commentary on is the people that have kind of lost the ability to appreciate the privilege that they’ve got,” said Hoult. “And I think both of us really appreciate that we get to do something that we love and we care about it and care about all the people that we do it with, so that’s what it all stems from.”

Taylor-Joy agreed. “One of my least favourite things in any situation is any kind of hierarchy. And my favourite sets to be a part of are the ones where your title doesn’t stop at actor, you are just a creative that is there to muck in with everybody and hopefully make something much better than you ever could by yourself.

“And I think having that kind of mentality just, yeah, it keeps your feet on the ground.”

The film is directed by Mark Mylod, an executive producer and director on the hit series Succession – which also skewers the ultra rich.

Hoult said he was drawn to the project as soon as he read the script.

“Instantly my interest was piqued because I was like, okay, it’s making me laugh, but also there’s some horrendous things happening here,” he said.

“With this film I really couldn’t and I just thought: I want to be there, I want to be a part of this unique experience and see how they pull it off.”

The Menu’s characters are taken by boat to a small island where the restaurant is situated, and the vast majority of the film is set in that one location.

“The strangest thing about this film, but probably the thing that I enjoyed the most was – usually you do your [scenes], if it’s somebody else’s scene, you go and you rest,” Taylor-Joy said. “And we all just stayed on set the whole time, we didn’t really ever leave because we wanted to watch each other’s performances.

Hoult’s character Tyler is a fan of the celebrity chef who has prepared the meal, so devours his food with gusto.

Taylor-Joy, whose character is called Margot, said it was a sight to behold.

“I was quite worried about Nick,” she said. “Because the thing is, Margot doesn’t eat very much throughout the film but poor Nick, take after take after take, just, you know, really shovelling it down. Was never sick, was deeply committed; I was concerned about his health, but he just went straight [for it].

Hoult admits he enjoyed the challenge. “I knew what I was getting in to. There’s a reason I chose this one – free food!”

The Menu is in cinemas from 18 November. Hear more about it in the latest episode of Backstage – the film and TV podcast from Sky News