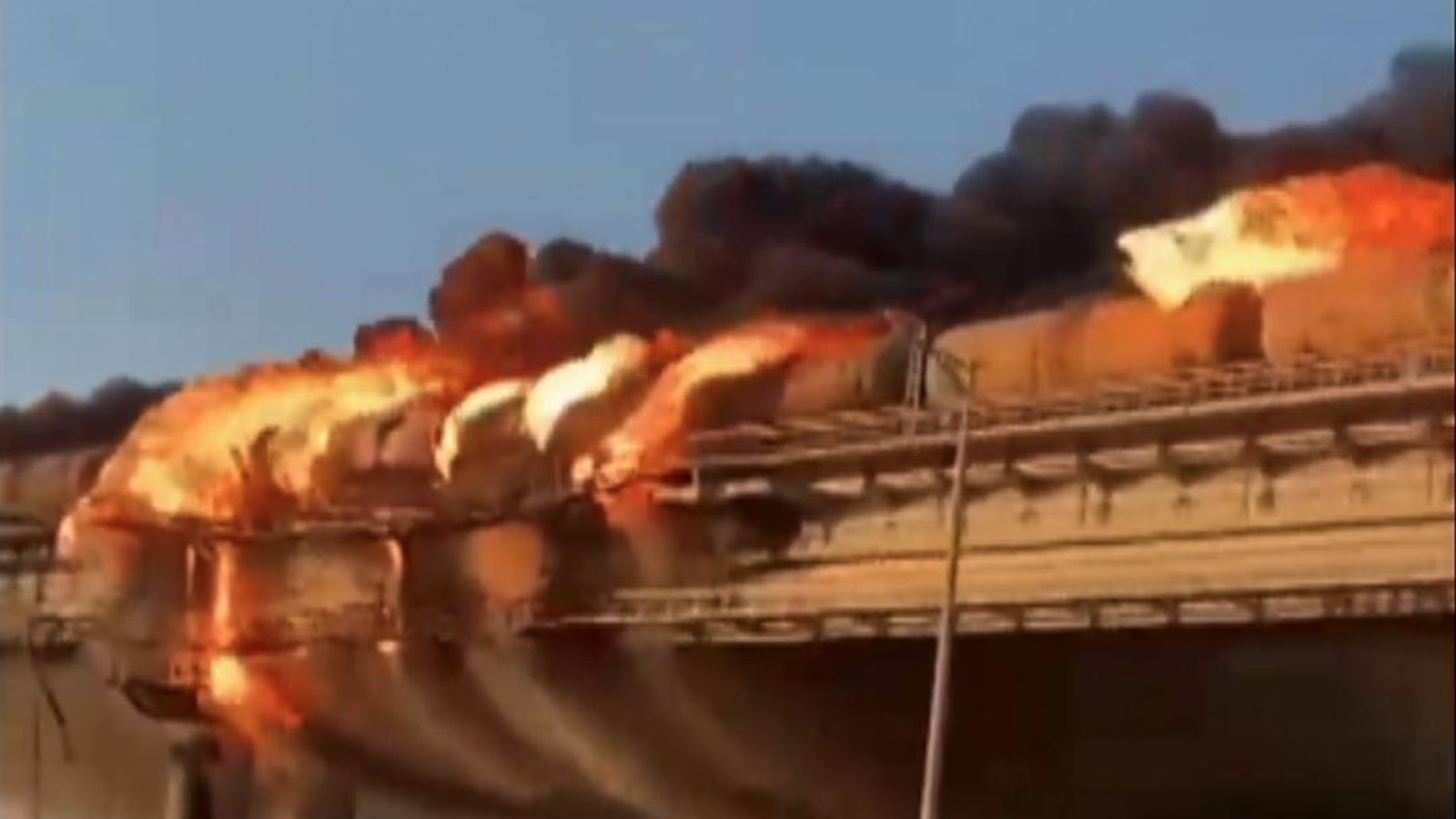 A key bridge from Russia to Crimea has reopened to traffic after it was partially destroyed in an explosion.

Moscow has said three people were killed in the blast it has attributed to a truck bomb.

Russian authorities have also said the attack was a “terrorist action” carried out by Ukraine.

On the Telegram channel of Russia’s foreign ministry, spokeswoman Maria Zakharova said: “The Kyiv regime’s reaction to the destruction of civilian infrastructure demonstrates its terrorist nature.”

Ukrainian officials have repeatedly threatened to strike the bridge and some lauded the attack, but Kyiv has stopped short of claiming responsibility.

Viktor Kovalenko, a Ukrainian military veteran who is now a podcaster and journalist, has said the cause of the blast was most likely a “precise strike by a powerful missile”.

Meanwhile, Ukrainian newspaper Ukrainska Pravda says one of its law enforcement sources has claimed the Security Service of Ukraine was behind the Crimean Bridge blast.

Kerch Bridge – which is also known as the Crimean Bridge – spans 12-miles and is a key supply route for Moscow as they continue their attack on Ukraine.

The bridge was built by Russia after it annexed Crimea in 2014.

Russian authorities claim a bomb set alight seven railway carriages carrying fuel in the early hours of Saturday morning, resulting in a “partial collapse of two sections of the bridge”.

Russia’s Investigative Committee said three people have been found dead after they were believed to have been in a car close to the truck that exploded.

The bodies of two victims, a man and a woman, have been recovered from the water and their identities are being established, the committee added.

The speaker of Crimea’s Russian-backed regional parliament accused Ukraine, although the Kremlin did not apportion blame.

He tweeted: “Everything illegal must be destroyed, everything stolen must be returned to Ukraine, everything occupied by Russia must be expelled.”

Ukrainian MP Kira Rudik told Sky News the impact of the attack on the bridge is “massive”.

She said: “Crimea is Ukraine and always was Ukraine. And the bridge was not even supposed to be there.”

Ms Rudik added that it will be difficult for “Russian propaganda” to explain the attack in a favourable light.

Russia appears to be downplaying the seriousness of the bridge explosion – which has effectively cut off the most direct route to get supplies into southern Ukraine.

The defence ministry has said Russian troops in the Mykolaiv, Kryvyi Rih, and Zaporizhzhia regions can be fully supplied by land and sea corridors.

The bridge, which has train and road sections, was closed to traffic after the explosion. 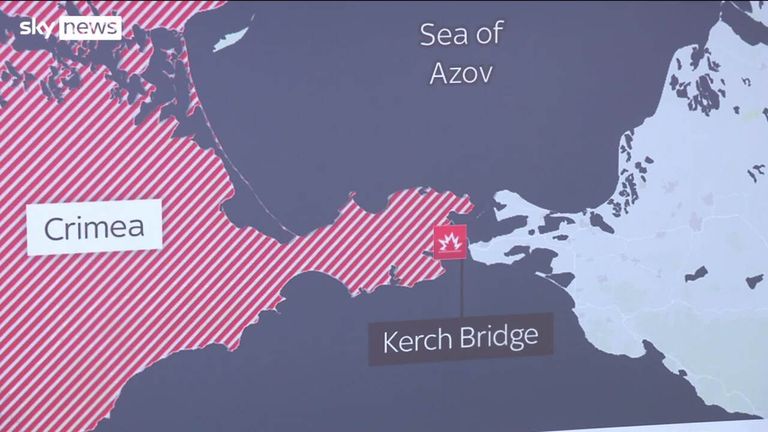 However, reports are coming in from Sergei Aksyonov, head of the Russian-appointed regional administration in Crimea, that the bridge has now reopened to traffic.

In a statement, he said: “The movement of vehicles along the Crimean Bridge has begun. At the moment, traffic is open to cars and buses with a full inspection procedure.

“We ask truck drivers to plan their route using the Kerch ferry crossing. Two hours later, the Kerch-2 ferry begins to sail across the strait.”

It has not been reported that train traffic is now allowed to cross the bridge.

Elon Musk claims Apple has threatened to remove the Twitter app
Germany knocked out of World Cup in group stages after thrilling night in Qatar
Tesla didn’t say a word about Tesla Semi being equipped with Autopilot/Self-Driving
Billie Eilish to headline Prince William’s Earthshot Prize awards
‘Doctors are carrying out heart surgery by flashlight’: Liev Schreiber on his $1m fundraising for Ukraine