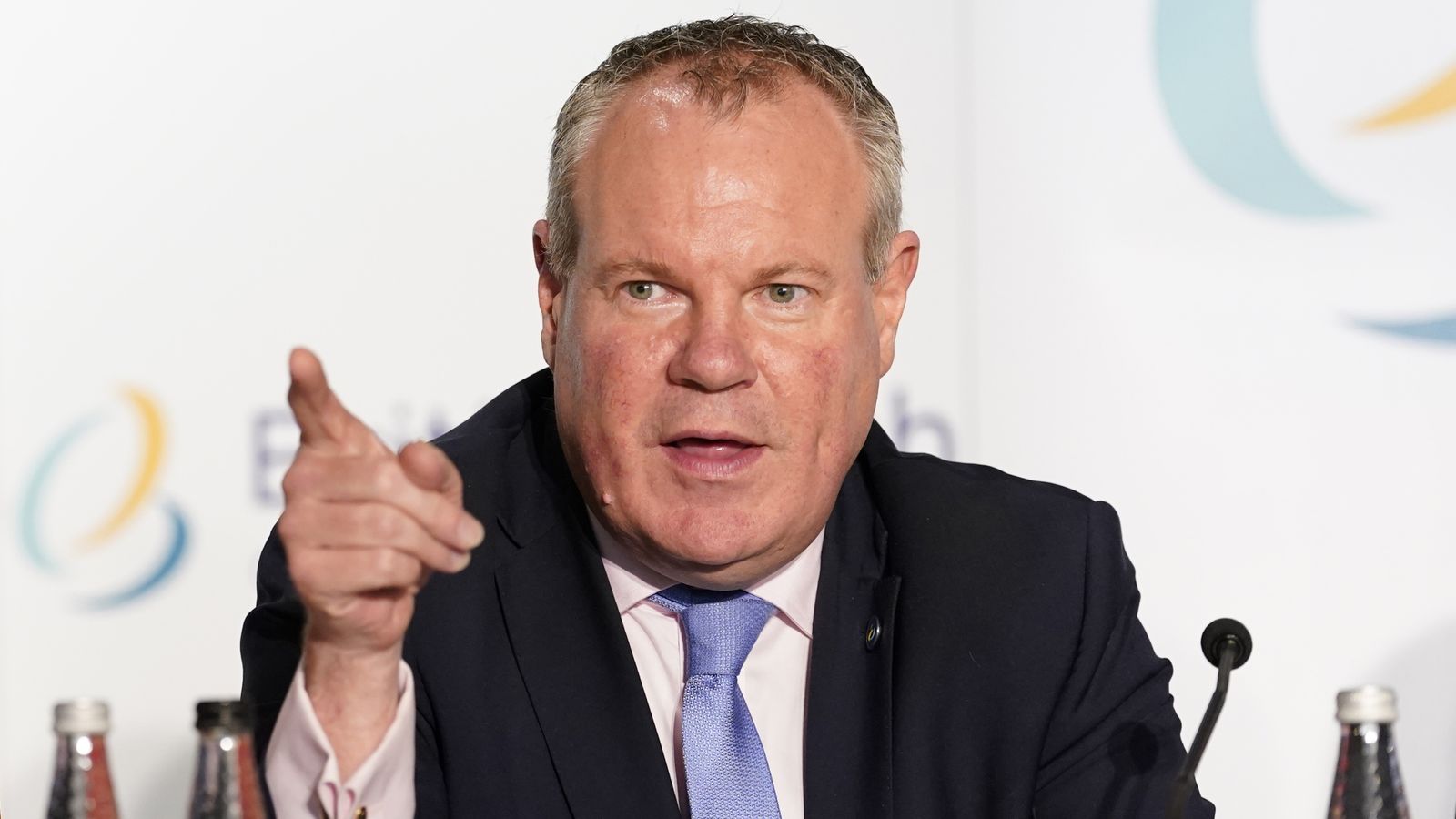 Liz Truss has sacked trade minister Conor Burns from her government “with immediate effect” following an allegation of serious misconduct.

The Tory MP for Bournemouth West has also had the whip suspended while the complaint is investigated.

A No 10 spokesman said: “Following a complaint of serious misconduct, the prime minister has asked Conor Burns MP to leave the government with immediate effect.

“The prime minister took direct action on being informed of this allegation and is clear that all ministers should maintain the high standards of behaviour – as the public rightly expects.”

A whips office spokesman said: “We have suspended the whip pending investigation into allegations of inappropriate behaviour earlier this week.

“We take all such allegations extremely seriously. The prime minister has been clear that the highest standards in public life must be upheld.”

It comes after the annual Conservative Party conference took place in Birmingham from last Sunday to Wednesday.

Mr Burns, 50, has said he will co-operate fully with the probe and “looks forward to clearing his name”.

In a statement on Twitter, he said he was not given any details about the complaint or asked to provide any information.

He said: “I hope the party will be as quick to conduct their enquiry as they were to rush to judgement.”

Mr Burns has been an MP since 2010 and held a number of ministerial positions under Boris Johnson, to whom he was fiercely loyal.

Earlier this year, he infamously claimed the former PM was “ambushed with cake” in defence of claims of a lockdown party in Downing Street.

Government minister Victoria Prentis said the allegations were “obviously concerning”, but she had been assured the matter was being taken “very seriously”.

“I think all I can say is that the prime minister has taken decisive action, and we’ll make sure that this is properly investigated,” she told Times Radio.

But Angela Rayner, deputy leader of the Labour Party, said the allegation “raises serious questions” about the prime minister’s judgement in refusing to appoint an independent ethics adviser.

The development is the latest in a series of scandals to rock the Conservative Party.

In July, former deputy chief whip Chris Pincher resigned from his post after he was accused of groping two men in a private members’ club – with the fallout ultimately leading to Boris Johnson’s downfall.

And in May, former Tory MP Neil Parish resigned after confessing to watching pornography in the House of Commons “in a moment of madness”.