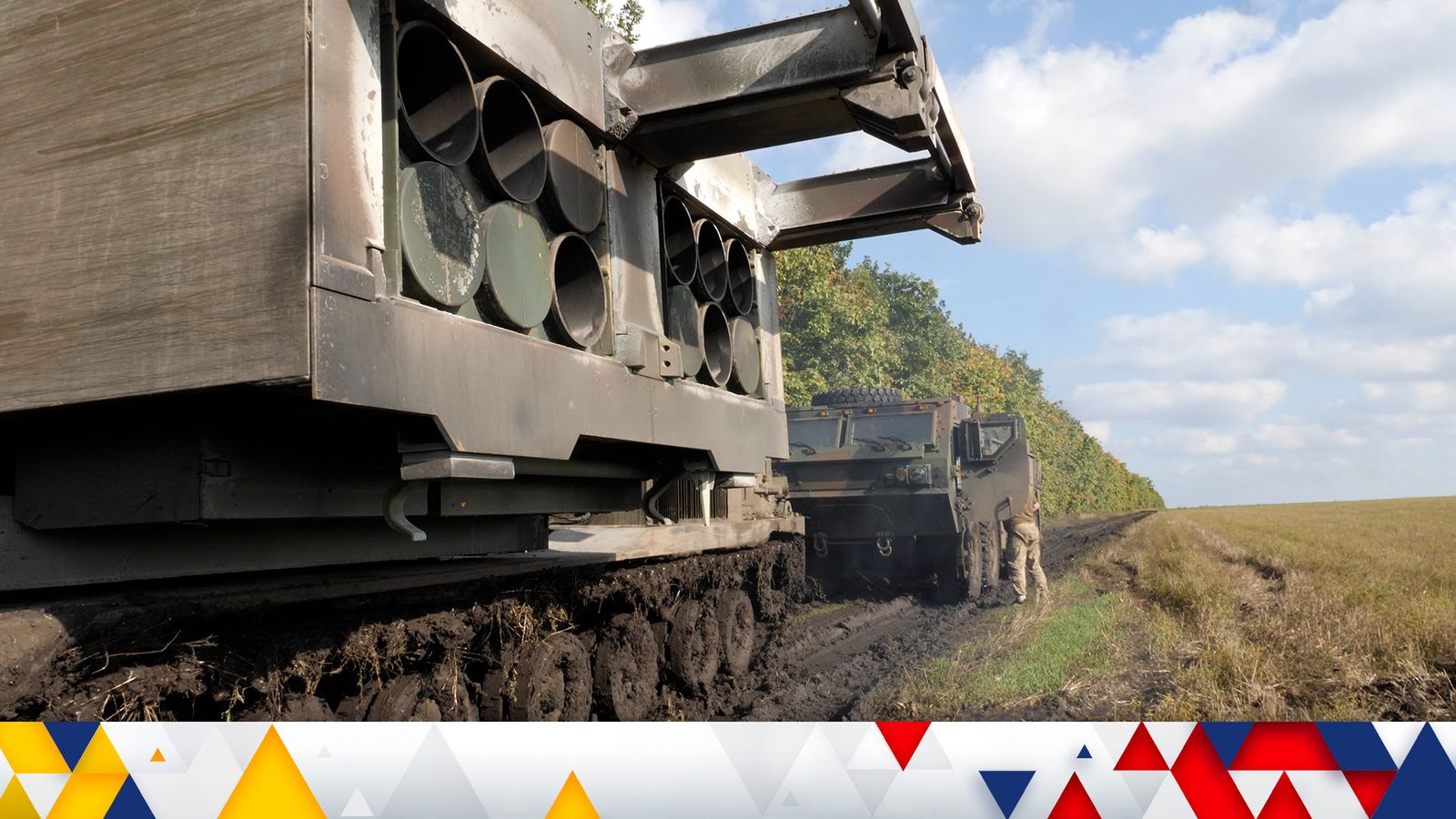 Artillery strikes are playing a crucial role in Russia’s war in Ukraine in what top American commanders have called a “battle of fires”.

Russia’s military initially had a significant advantage over the Ukrainian armed forces because of a much larger arsenal of artillery systems.

It meant they were able to devastate Ukrainian positions in the east, while staying out of the range of Ukrainian weapons.

The United Kingdom, United States and belatedly Germany have worked to tip the balance of firepower on the battlefield in favour of Ukraine by giving their allies artillery systems that not only have a longer range than the Russians but fire with greater accuracy.

What is an MLRS and what version does the UK use?

Operated by a crew of three (driver, gunner and section chief), the weapon is a highly-mobile, automatic system that can fire 12 surface-to-surface precision-guided missiles in less than a minute. They can be fired individually or in pairs of two up to 12.

The M31 Guided Multiple Launch Rocket System (GMLRS) munitions, with a 200lb high explosive warhead, can hit a target more than 50 miles away – twice the range of other artillery systems used by the army.

A programme is underway to extend the reach even further.

A fire control computer ensures accuracy is maintained by re-aiming the launcher between rounds.

The M270 MLRS was developed under a US-led programme that saw the first systems come into service in the 1980s.

The UK first used its MLRS during the First Gulf War

What has the UK given to Ukraine to bolster its firepower?

The UK has given a total of six MLRS to Ukraine, as well as precision guided M31A1 missiles.

The first tranche of three was announced in June 2022, with Defence Secretary Ben Wallace saying the system would “help the country defend itself against Russian aggression”.

A new commitment to double the UK’s contribution was made two months later.

Why does Ukraine want MLRS?

The UK MLRS and a similar artillery system provided to Ukraine by the US, called the High Mobility Artillery Rocket System (HIMARS), have a longer range, much better precision and a faster rate of fire compared with Soviet-designed Smerch, Uragan and Tornado multiple rocket launchers used by both Russia and Ukraine.

Germany has given the Ukrainians its version – MARS II rocket launchers as well as hundreds of rockets.

It means that Ukrainian troops are able to hit Russian positions – including armoured vehicles, military bases, command posts and ammunition stores – with accuracy and with a reduced risk of being struck in Russian return fire.

The Russian military is forced to use large numbers of rounds against a target to compensate for a lack of precision with their weapons.

The UK M31A1 missiles have been designed to defend against Russian heavy artillery and the MLRS’s range of more than 50 miles allows Ukraine to strike beyond Russian lines, while also putting it out of reach of most Russian artillery systems.

Western leaders have so far have refrained from providing Ukraine with even longer-range missiles for launchers that can reach targets up to 186 miles, allowing the military to hit areas deep inside Russian territory.

Does Russia have MLRS?

Smerch was developed in the early 1980s and entered service with the Russian Army in 1988.

It is also used by the militaries of India, Armenia, Azerbaijan, Belarus and Ukraine, and was exported to Kuwait and Algeria.

What is the difference between MLRS and HIMARS?

HIMARS can fire the same family of munitions as MLRS launchers but with one key difference: a wheeled chassis instead of tracks.

The tracks on the MLRS make the system highly mobile, with a max speed of 40mph.

This means the launchers are hard for the enemy to spot and can quickly change position after firing to escape airstrikes, in what has become known as a “shoot and scoot” strategy.

What are the disadvantages of MLRS?

Ukraine says the number of rocket launcher systems being provided by Western leaders is still far too small.

In June, Mykhailo Podolyak, an adviser to Ukraine’s president, said the country needs at least 300 MLRS, 1,000 heavy howitzers, 500 tanks and 2,000 armoured vehicles – much more than the West has provided.

As well as giving the Ukrainian military rocket-launchers, the UK has also trained a number of Ukrainian troops on how to operate the system.