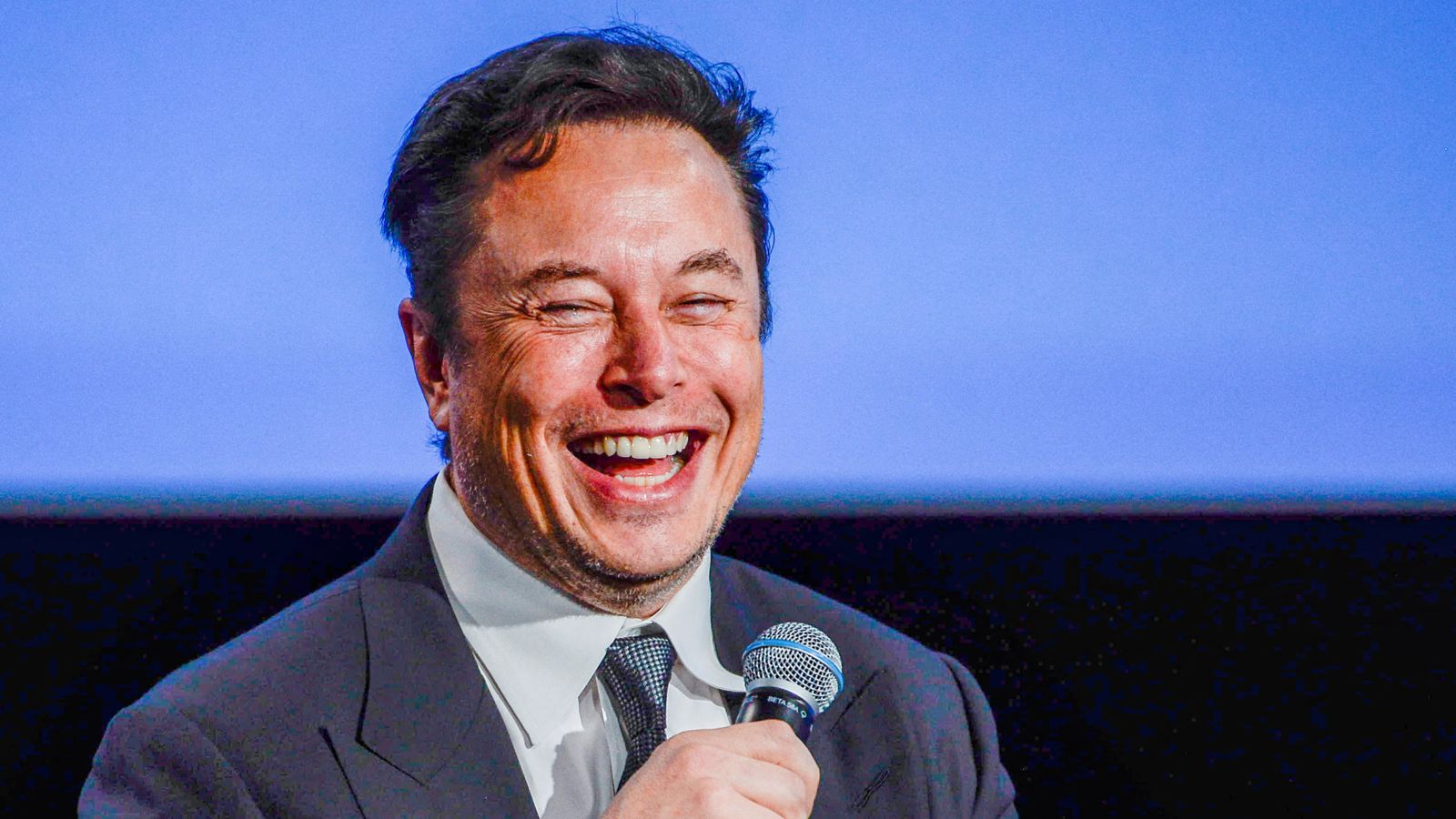 The world’s richest man is proposing to go ahead with purchasing the platform for $54.20 per share, a total value of $44bn (£38.4bn), following months of legal battles.

Earlier, trading in Twitter shares was halted as the stock price spiked following reports the deal was back on. The shares had been up by nearly 13% at $47.93 before trading was paused.

Mr Musk offered to stick to the original deal in a letter to Twitter, he disclosed in a filing with the US Securities and Exchange Commission on Tuesday.

The filing said he’ll complete the deal provided he gets the debt financing he needs and provided the Delaware Court of Chancery, where he was due to appear in less than two weeks, throws out the lawsuit brought by Twitter.

In a letter from Mr Musk’s lawyers, he said: “Musk Parties intend to proceed to closing of the transaction… and adjourn the trial and all other proceedings.”

Twitter and Mr Musk were due to be in court later this month as the company attempted to hold Mr Musk to his original offer, made in April.

“This is a clear sign that Musk recognised heading into Delaware Court that the chances of winning versus the Twitter board was highly unlikely and this $44bn deal was going to be completed one way or another,” said Dan Ives, analyst at investment firm Wedbush.

Mr Musk, the Tesla chief executive, had wanted to back out of the deal over the number of bot accounts on the platform.

He said it was above Twitter’s estimate of 5% of users and claimed in July that meant he could exit the deal.

Bots are automated accounts whose existence can lead to an overestimation of how many humans use the website. Knowing the number of genuine users is important for advertising sales and the overall value of the platform.

Read more:
Musk continues effort to scrap Twitter deal after whistleblower claims
Musk subpoenas Twitter whistleblower and ex-chief executive as he tries to get out of deal
Twitter sues Musk accusing him to ‘trashing company’

More than $16bn worth of Tesla shares had been exchanged as of midday New York time on Tuesday, resulting in a stock value plunge which rebounded in afternoon trading.

The proposal by Mr Musk may end months of turbulent litigation which was heading into a face-off in Delaware’s Court of Chancery on 17 October.

“I am sitting on 2023 company wide strategy readouts and I guess we are going to collectively ignore what’s going on”, Rumman Chowdhury, a director for the Machine Learning Ethics, Transparency and Accountability at Twitter said on the platform on Tuesday.

In the past Mr Musk has taken to Twitter to stir controversy, such as suggesting a peace plan for the Ukraine-Russia war that drew swift condemnation from Ukraine’s president, Volodymyr Zelenskyy.

According to text messages that came to light during the litigation, Mr Musk planned to change the platform by battling spam by verifying accounts; hosting money transfers, and wanted to create Twitter subscriptions instead of relying on advertising.

Responding to the letter from Mr Musk, Twitter said: “We received the letter from the Musk parties which they have filed with the SEC. The intention of the company is to close the transaction at $54.20 per share.”

But the troubles are not over for Mr Musk. He must now raise the money he needs to buy Twitter. Stock in Tesla, the company electric car company he is the CEO of, has been under pressure as investors fear he may sell shares to fund the Twitter purchase.

HSBC to close over a quarter of its branches – is yours affected?
Gaming’s Oscars night is upon us – here are our picks for the top awards
Fans on who could win Wales v England
Russian oil sanctions are about to kick in. And they could disrupt markets in a big way
What’s the significance of China’s anti-lockdown protests?