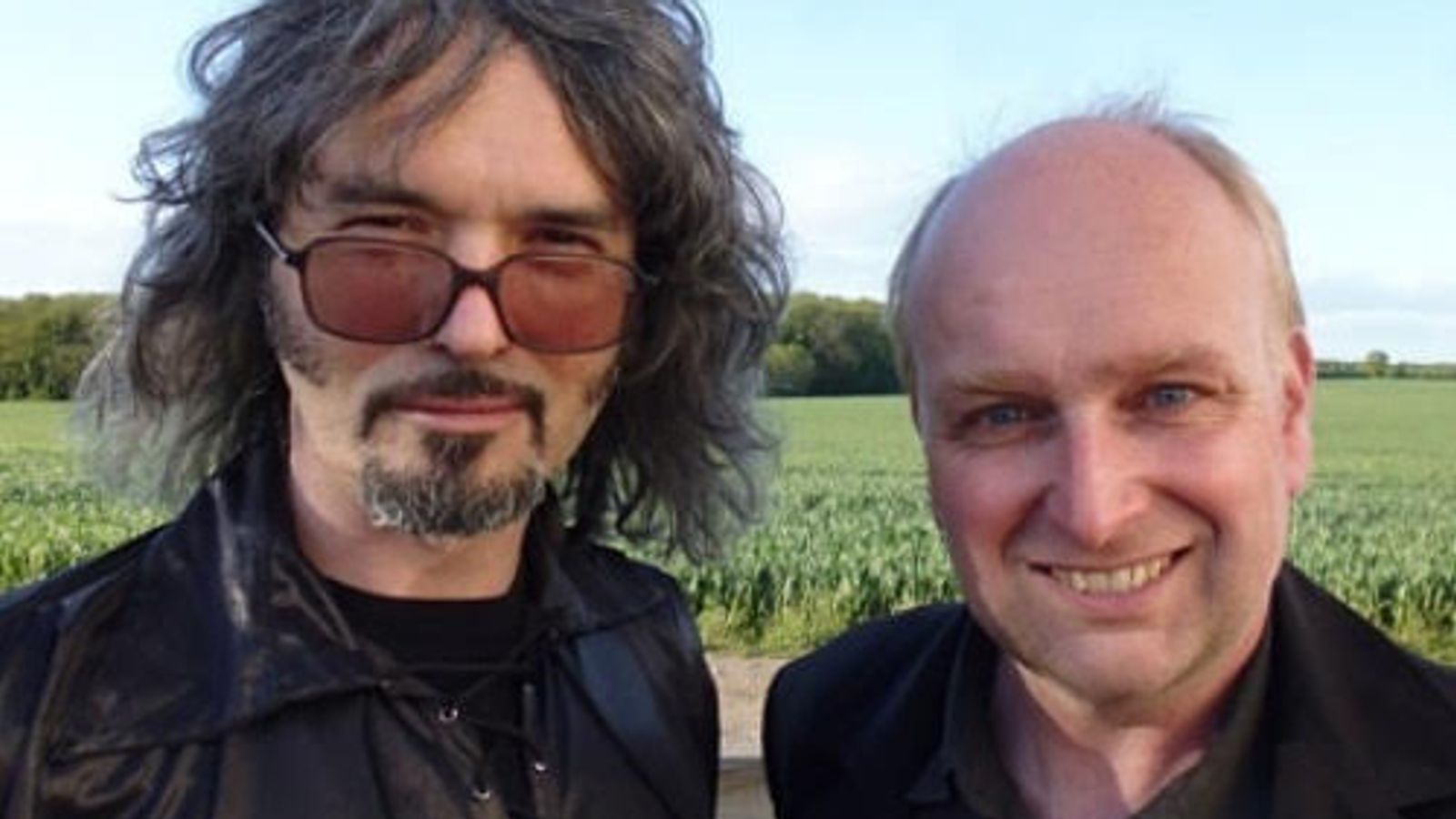 At a small independent record store tucked away in a neat courtyard of shops next to St Albans’ famous cathedral, a vinyl record that one band is hoping could become the most expensive ever sold in the UK is about to be released.

Just one physical copy of prolific indie band The Pocket Gods’ latest album Vegetal Digital has been produced, going on sale at their hometown’s Empire Records for the rather large sum of £1 million.

With charts of the music industry’s “most expensives” usually throwing up world-renowned artists such as The Rolling Stones, Madonna and U2 (most expensive tours), and songs such as Michael and Janet Jackson’s 1995 hit Scream (most expensive music video of all time), it might seem an improbable feat.

But the Hertfordshire band’s frontman Mark Christopher Lee is confident they will find a buyer.

Why are they trying their luck? Well, they have long protested about what they say is the lack of fair royalties paid to musicians by Spotify and other streaming services – an issue raised by high-profile stars including Taylor Swift in recent years, which was also the subject of an inquiry in the UK in 2021.

Highlighting the fact it only takes 30 seconds for a song to trigger a streaming payment, The Pocket Gods have been recording songs of around this length since 2015; Only The Rich Can Tour and We’re All No Hit Wonders Now are among the quickfire tracks you’ll find in their back catalogue.

But Lee says it’s now time to “stop moaning about Spotify” and do something productive to help artists and songwriters. So if the one copy of Vegetal Digital sells for £1 million, the proceeds will fund a new rival “ethical” streaming platform, Nubplay.

It sounds ambitious, but the musician says he believes the record could be snapped up within a couple of weeks.

“Someone who’s got lots of money and wants to do something good with it,” he tells Sky News, pondering what kind of person might invest. “It’s a crazy world we’re getting into… but we’re making a stand, we want to make a better future for artists and songwriters. We talk a good game but actions speak louder than words and this is what we’re going to do.

“For years and years, music – a lot of the arts – has been devalued. And I just can’t imagine a world without music.”

Nubplay would guarantee to pay artists and songwriters a minimum royalty of 1p per stream, says Lee. “It doesn’t sound that much, but it’s 50 times the current rate we get from Spotify.”

Formed in 1998 at Tower Records in London, The Pocket Gods are said to have been championed by the likes of the late John Peel and Steve Lamacq over the years, and have broken Guinness World Records for the most studio albums released digitally (75) and most songs on a digital album.

“That went really well, it went viral around the world,” says Lee. “It’s had nearly a million streams, which sounds really, really good, but we’ve had about 450 quid in terms of royalties. So, no, it hasn’t been a great money-spinner but it has gained us a lot of fans and helps us to raise this issue.”

As Vegetal Digital is released, the band will remove their back catalogue from streaming services; if it does go for £1 million, it could become the most expensive album ever sold in the UK. However, Once Upon A Time In Shaolin, the seventh album by American hip-hop group Wu-Tang Clan, holds the title of most expensive in the world.

An early stand against streaming, the group made just one physical copy which sold for $2 million (about £1.3m at the time) to pharma company executive Martin Shkreli in 2015. Shkreli, however, was jailed in 2017 – and last year, the US government confirmed it had sold the one-of-a-kind album to help pay off the $7.36 million the businessman was ordered to forfeit after being convicted of fraud.

According to a 2019 article by music company HMV, the top five most expensive albums chart is a Beatles-heavy list; after Once Upon A Time In Shaolin are copies of The Beatles (the White Album), Elvis Presley’s My Happiness, Sgt Pepper’s Lonely Hearts Club Band, and John Lennon and Yoko Ono’s Double Fantasy.

But could Vegetal Digital become an unlikely contender for the number two spot? A £1 million sale would place it ahead of the first mono pressing of the White Album, sold by Ringo Starr at auction in December 2015 for $790,000 (about £521,000 at the time).

“I’m excited to see it and hear it,” says Dave Burgess, manager at Empire Records. “We certainly haven’t had [a record selling at this price] before. It’s really interesting and exciting. I jumped at the opportunity to get on board.”

Lee is documenting the band’s unique story in a film, entitled Inspired The 30 Second Song Movie, which is set to be released in December.

He hopes a million-pound sale will be part of it. Could a big-name artist be the one to invest?

“Well, I did message Taylor Swift on Instagram, invited her to the launch,” he says. “Maybe we’ll see her there.”

Vegetal Digital, by The Pocket Gods, is on sale from Tuesday 4 October, only available at Empire Records in St Albans