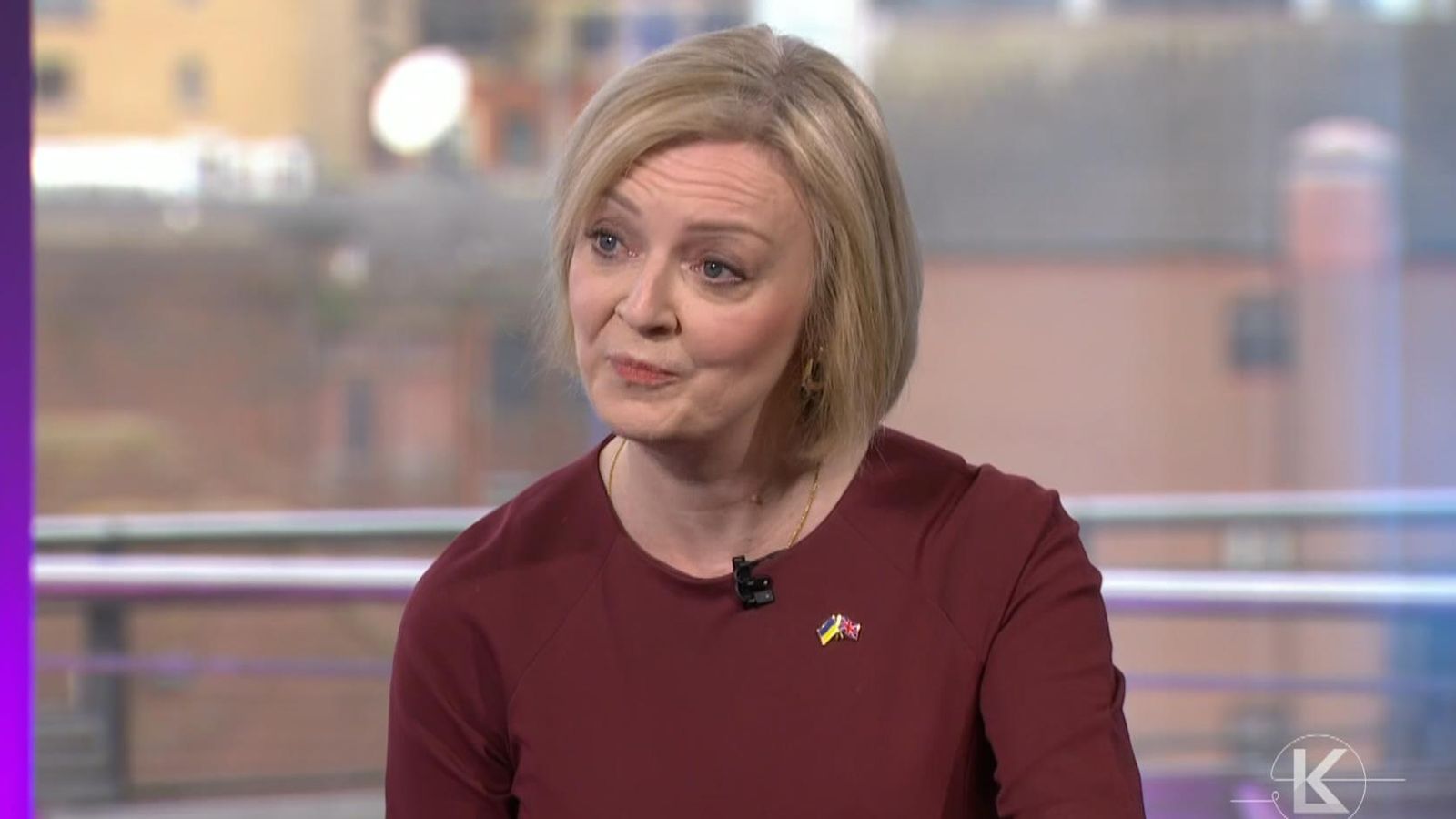 Liz Truss has admitted that she “should have laid the ground better” for the government’s tax-cutting mini-budget after the pound slumped to a record low.

The prime minister said she has “learnt from that” and “will make sure in future we will do a better job of laying the ground”.

Ms Truss also doubled down on the decision to remove the top rate of income tax (45%) as “it’s part of an overall package of making our tax system simpler and lower” – but admitted the policy was not discussed with the cabinet.

“It was a decision that the chancellor made,” she said.

It comes after the cost of government borrowing spiked following the fiscal event last month.

Stressing that her government has “a very clear plan”, Ms Truss said she understands “how worried people are”.

The PM later repeatedly refused to answer whether there will be spending cuts to public services under her government and declined to commit to rising benefits in line with inflation.

“This is something the work and pensions secretary is looking at,” she said.

“Let’s see where the markets are in six months’ time,” he told Sky News’s Ridge on Sunday programme.

Mr Berry also confirmed that Conservative MPs who vote against the government’s plan for tax cuts will lose the whip.

It has been reported that some Tory MPs are preparing to vote with Labour to prevent measures announced by the Chancellor on 23 September, including abolishing the top rate of income tax.

Mr Berry also urged Tory MPs to unite behind Ms Truss and her programme, saying she had “a mandate both from colleagues and our membership”.

“I’m sure that if we do that it will lead ultimately to long-term electoral success,” he said.

“You can’t go on year after year without reviewing your core. That is good business. It’s good leadership,” he told Sky News’s Ridge on Sunday programme.

He continued: “I agree with the whole principle of ‘we’ve got to get growth going’ – and it’s why I voted for Liz Truss.

“And I stand by that because we were in a position that really over the last seven years, we’ve seen the underlying rate of growth of this country’s economy softening. You cannot pay for all the public services everyone expects with that situation.

Kyiv mayor’s blunt message to residents after heat and water supplies knocked out for days
Electric vanlife coming? 2024 Mercedes eSprinter impresses in 300 mile range, efficiency tests
Boy, 10, ‘shot mother dead after she refused to buy him VR headset’
‘May the Force be with you’: PM ‘sad’ as Javid to step down at next general election
Hear the promises Stewart Rhodes made to his lawyers before Oath Keepers trial