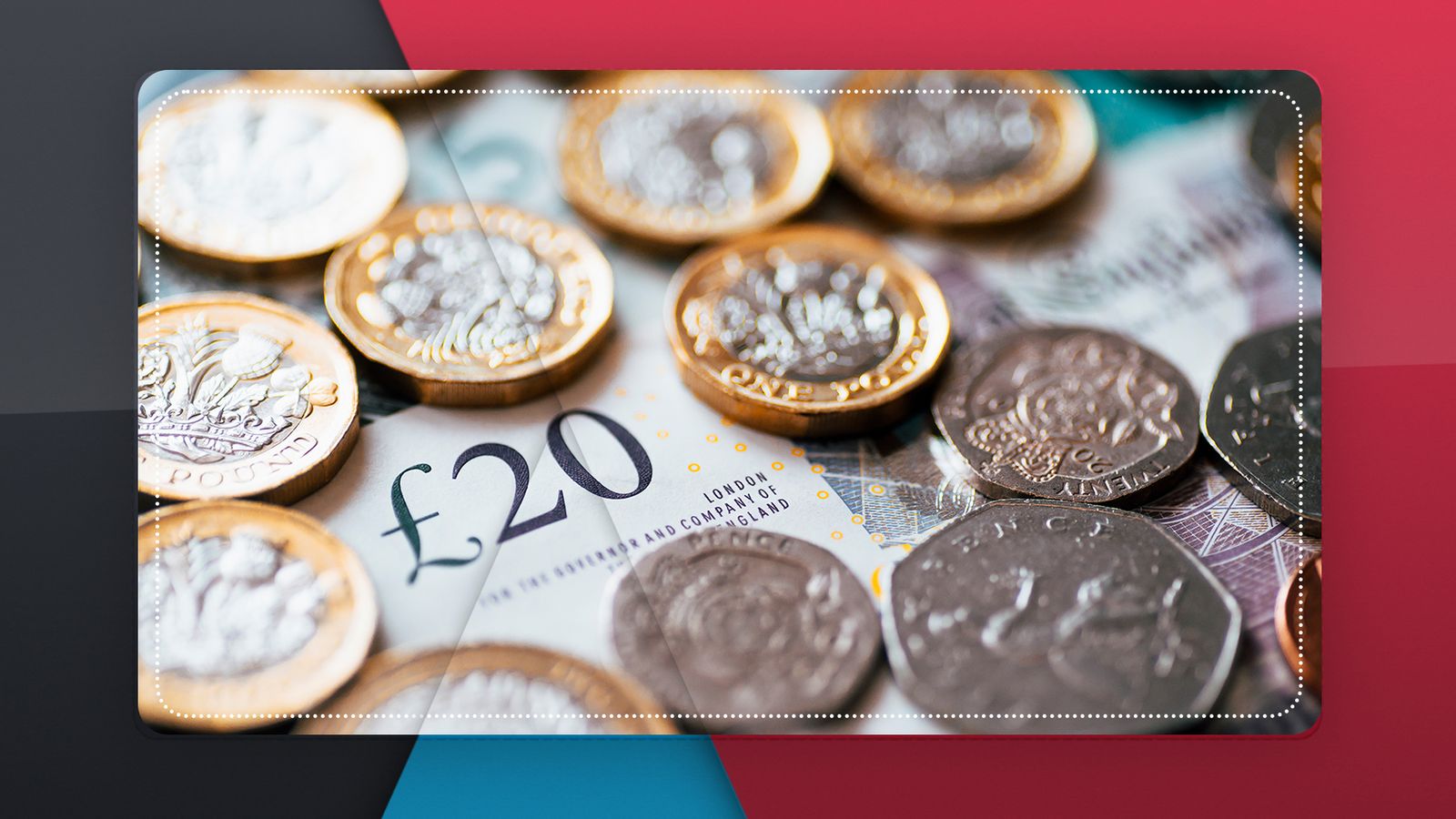 The growth plan outlined by the chancellor to lift the UK from the depths of the cost of living crisis and back to prosperity has been met with horror on financial markets, with the pound taking a particular hammering late in the day.

Sterling, bonds and share values all fell sharply in the wake of Kwasi Kwarteng’s mini-budget.

The pound – already on its knees this month because of a strong dollar – slid below $1.09 for the first time in 37 years.

It was down by more than 3 cents on the day and on course for its worst session against the greenback since the early days of the COVID pandemic.

That was after US bank Citi declared, on Friday afternoon, that the currency was facing the prospect of a confidence crisis. It speculated that it could eventually hit parity with the dollar for the first time in history, but added that it expected sterling to settle within the $1.05-$1.10 range.

The chancellor revealed the biggest tax cuts for 50 years as part of the new economic agenda – a package that will be paid for through a huge leap in government borrowing.

The plans, which include the previously announced energy bill aid for households and businesses, raised the Treasury’s debt issuance plans for the current financial year alone by £72.4bn to £234.1bn.

Other measures included scrapping the top 45% rate of income tax and taking 1p off the basic rate from April.

Taken together, It went much further than markets had been expecting.

Yields on UK government bonds, known as gilts, spiked higher on the prospect of a big surge in government borrowing.

Investors unloaded short-dated bonds as fast as they could, with the cost of borrowing over five years seeing its biggest one-day rise since 1991, as they demanded a higher rate for what they saw as additional risk.

The FTSE 100 shed 2% of its value by the close, with miners and energy stocks among the worst performers.

Commenting on the package, Caroline Le Jeune, head of tax at accountants Blick Rothenberg, said: “In 25 years of analysing budgets this must be the most dramatic, risky and unfounded mini-budget.

“Truss and her new government are taking a huge gamble.”

That is partly explained by the fact that government stimulus tends to be inflationary as it raises demand.

The Bank of England, at the same time, is trying to combat inflation.

Markets were pricing a Bank rate above 5% next year as a result of the growth plan, suggesting a school of thought that the Bank would have to raise rates directly in response.

Trevor Greetham, head of multi-asset at Royal London Asset Management, said: “We are likely to see a policy tug of war reminiscent of the stop-go 1970s.

“Investors should be prepared for a bumpy ride,” he concluded.

Army may be deployed to ease possible strike disruption over Christmas
Millions flock to mark death of TikTok ‘bones, no bones’ star – Noodle the dog
Analysis: One of Trump’s biggest defenders thinks he has a chance to lead the RNC
Prosecutor explains what happens if Trump is indicted
Gunman pleads guilty to murder and hate-motivated terror charges after supermarket shooting