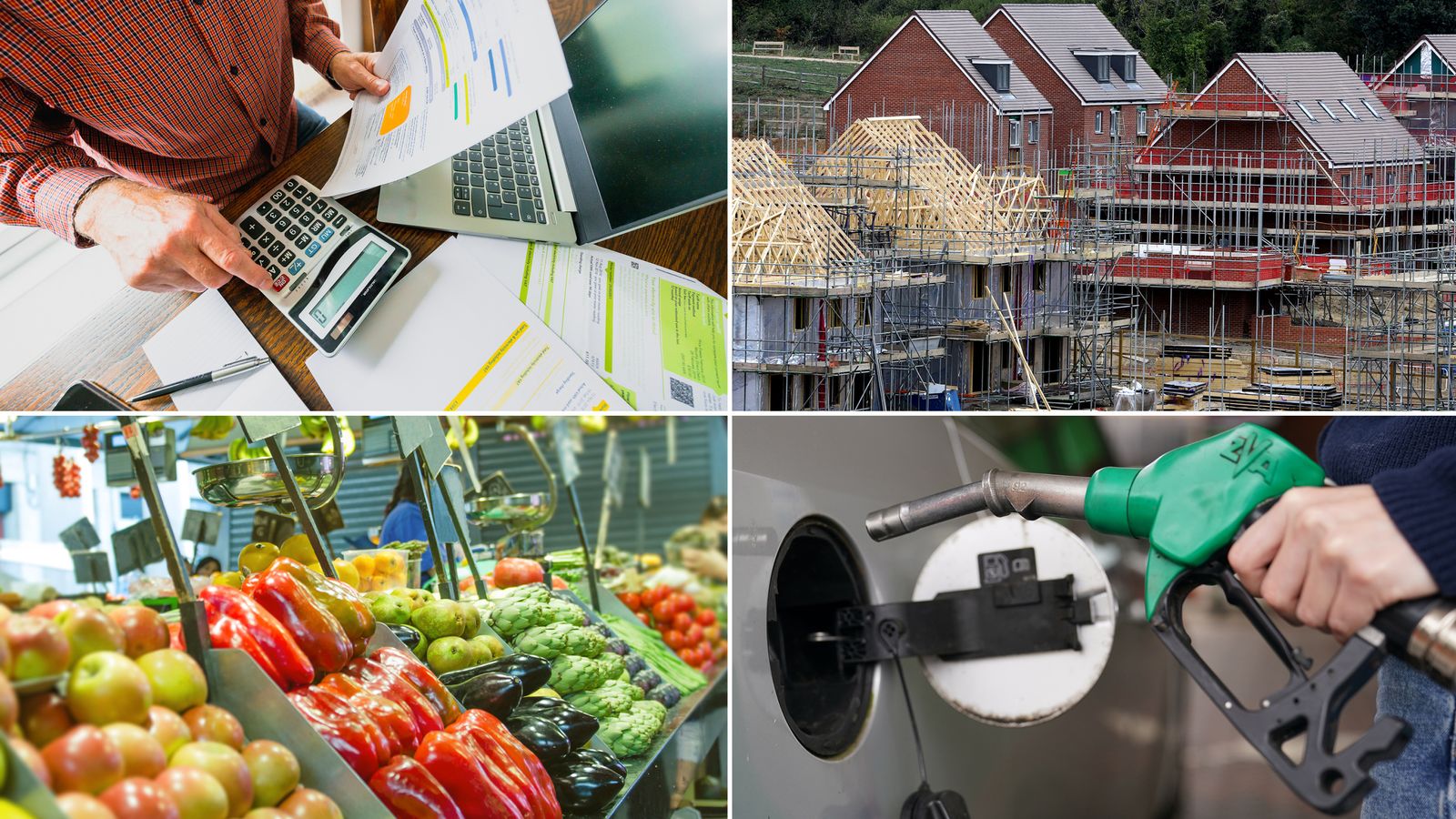 The interest rate has been raised to 2.25% – the highest level since the 2008 financial crisis.

The Bank of England’s half a point hike followed a three-way split in the voting.

Financial markets had widely expected the Bank to follow the US Federal Reserve last night with a 0.75 percentage points rise but economists were slightly more cautious.

The Bank signalled on Thursday that it was now more concerned about the prospects for economic growth.

It warned that the country could already be in a technical recession, saying that its staff now believed the UK was on course to record a second consecutive quarter of negative growth.

It had forecast just last month that the economy would grow by 0.4% between July and September.

More on Bank Of England

But it said that the additional Bank Holiday for the day of the Queen’s funeral could now contribute to a negative growth figure for the three-month period.

The minutes of the Bank’s rate-setting committee contained one piece of good news; that the government’s energy bill support would now mean inflation not rising in October by as much as initially expected.

It believed the consumer prices measure would come in at just under 11% from the current 9.9%.

The bank’s last forecast predicted a figure above 13%.

The easing in near-term inflation expectations were also seen as a factor behind the decision not to go for the larger rate increase.

The Bank’s action is aimed at tackling core inflation – which strips out more volatile elements such as petrol and energy prices – that is still on the rise amid the cost of living crisis.

The main consumer prices index (CPI) measure fell back in August but that was only thanks to fuel costs plunging in the previous month.

The bank is worried that other elements of inflation, spikes in the cost of goods and services more generally, are becoming more engrained.

Policymakers said they would continue to “respond forcefully, as necessary” to tackle inflation.

While any action to keep a lid on the pace of price rises will be broadly welcomed by the government, financial markets are likely to question not only the speed of the Bank’s tightening but also the Truss administration’s approach to stimulating economic growth through tax cuts and energy bill bailouts for households and businesses.

Investors are worried about the levels of government borrowing ahead.

The rates demanded to hold UK government bonds have risen steadily to 11-year highs in recent weeks while the pound is at a 37-year low against the dollar, though much of the decline reflects US currency strength.

It lost some of the tentative gains made earlier in the day against the dollar but was still trading at $1.13 (£1) following the Bank’s remarks.

On Friday, chancellor Kwasi Kwarteng will give more detail about the government’s fiscal plans, which may amount to more than £150bn of stimulus.

The bank said it would assess the implications of this, for monetary policy, at its November meeting.

Anthony Bourdain: Iran not what I expected (Parts Unknown)
‘Leave them kids alone’: Why a Pink Floyd performer and the Ukrainian first lady have fallen out
Cillizza breaks down values of Trump’s New York properties
Keir Starmer says he will reverse tax cut for top earners if he wins next election
Presidents Cup 2022: Best moments, sights and sounds from Quail Hollow