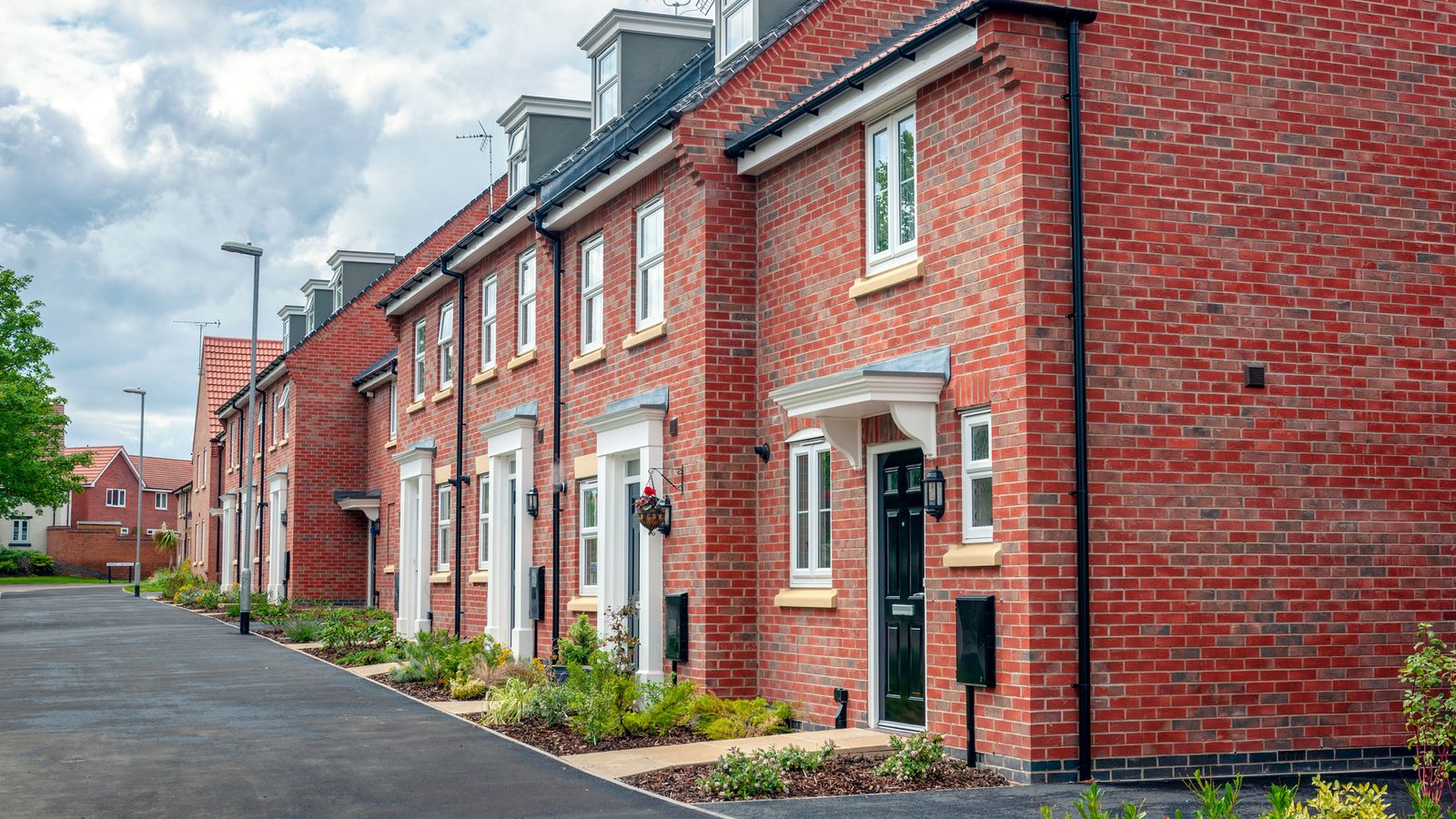 Annual house price growth in the UK slowed in August but remained in double digits for the tenth month in a row.

House price growth fell to 10% last month, down from 11% in July, but actually increased when taking account of seasonal effects.

Meanwhile, house prices have risen by almost £50,000 in two years.

“There are signs that the housing market is losing some momentum, with surveyors reporting fewer new buyer inquiries in recent months and the number of mortgage approvals for house purchases falling below pre-pandemic levels,” said Robert Gardner, Nationwide’s chief economist.

But so far the slowdown has been tame, which coupled with low supplies of new housing has kept prices high, the building society said.

“We expect the market to slow further as pressure on household budgets intensifies in the coming quarters, with inflation set to remain in double digits into next year,” Mr Gardner said.

“Moreover, the Bank of England is widely expected to continue raising interest rates, which will also exert a cooling impact on the market if this feeds through to mortgage rates, which have already increased noticeably in recent months.”

Read more:
Is now a good time to buy a house?
Which areas in England are worst affected by the housing crisis?

Gabriella Dickens, senior UK economist at Pantheon Macro agreed with this, saying that she struggled to see a scenario in which house prices do not fall sharply in the second half of this year.

“The rise in mortgage rates has just been too severe at a time when real incomes are falling,” she said.

“With consumer confidence on the floor and real incomes being squeezed by surging energy costs, households likely will be unwilling or unable to devote a large enough share of their budgets to housing.”

And they will tread carefully when placing any of the “excess savings” they have accumulated over the past few years towards a property purchase.

“As a result, the pool of potential buyers will dwindle,” Ms Dickens said.

Da Silva and Bolsonaro to face each other in run-off Brazil election
Tesla delivered 343,000 vehicles in the third quarter of 2022
Quick Charge Podcast: September 29, 2022
Tory conference is shrouded in gloom – has Truss already sealed her own fate? | Beth Rigby
‘He’s in trouble and he knows it’: CNN analyst explains Putin’s mindset