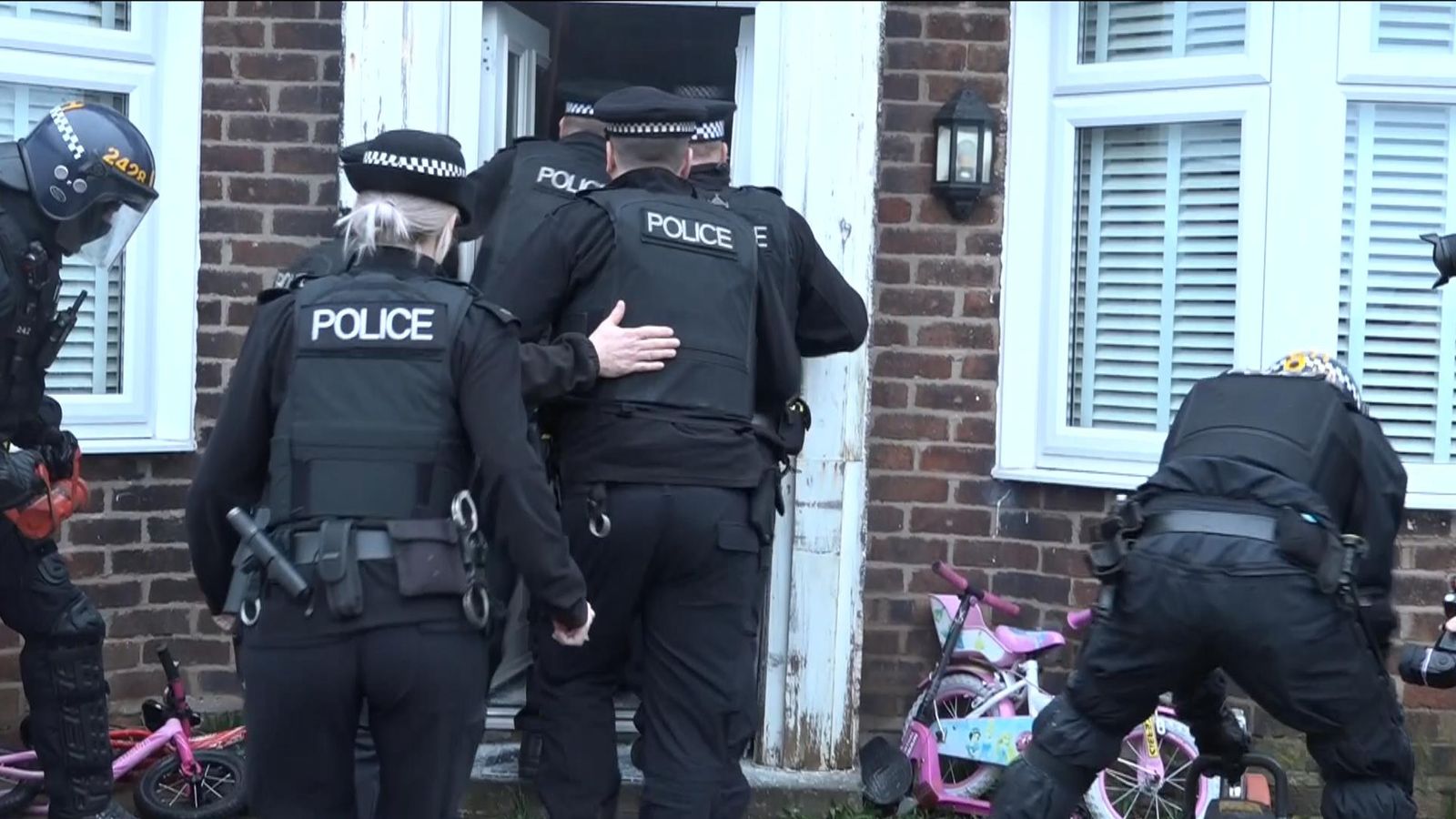 Boris Johnson will join new police officers on the frontline tomorrow as he marks his final few days as prime minister.

The victor of the Conservative leadership contest and Mr Johnson’s successor – either Liz Truss or Rishi Sunak – will be announced on 5 September.

With less than a week to go in the job, the PM will spend Wednesday joining on operations and speaking to officers from one of the 20 Violence Reduction units set up by his government to see the work they are doing to prevent crime in the community.

The aim of Violence Reduction Units is to bring together key local partners, including health, education and policing organisations to target the underlying causes of violence, and prevent children and young people being exploited by criminal gangs.

The government says the units have prevented over 49,000 violent offences in their first two years and supported over 260,000 vulnerable young people in their second year alone.

Downing Street say that so far, over 13,790 extra police officers have been hired across England and Wales as part of the Conservative government’s 2019 manifesto commitment to put 20,000 additional officers on our streets.

Ahead of the visit, Mr Johnson said: “Making our streets safer has always been central to my mission to level up this country, because everyone should have the security, confidence and opportunity that comes from having a safe street and a safe home, wherever they live.

“We are cracking down on vile gangs and putting dangerous offenders behind bars for longer – and at the heart of these efforts are the 20,000 new officers who will be out on the streets providing the firepower for years to come in the fight against crime.”

Number 10 also said the police have removed over 72,000 knives and dangerous weapons through stop and search, surrender programmes and other targeted police action since 2019.

Speaking in North Dorset on Tuesday, Mr Johnson refused to be drawn on whether he was planning a political comeback after leaving Downing Street, saying: “I think on the whole people in this country are more interested in their gigabit broadband than they are in the fate of this or that politician.”

Meanwhile, new polling from Ipsos has shown that half – 51% – of UK voters would support having a general election this year after the change in prime minister.

Amazon freezes corporate hiring in its retail business
‘Stay alert to scams’: Minister issues warning as energy support package kicks in to cover huge spike in bills
An entire seafront levelled – no one expected Hurricane Ian to be so vicious and so damaging
Bottom 10: Without Kansas, it’s the point of no return
This is how we readied the Club portfolio for the big OPEC+ production cut