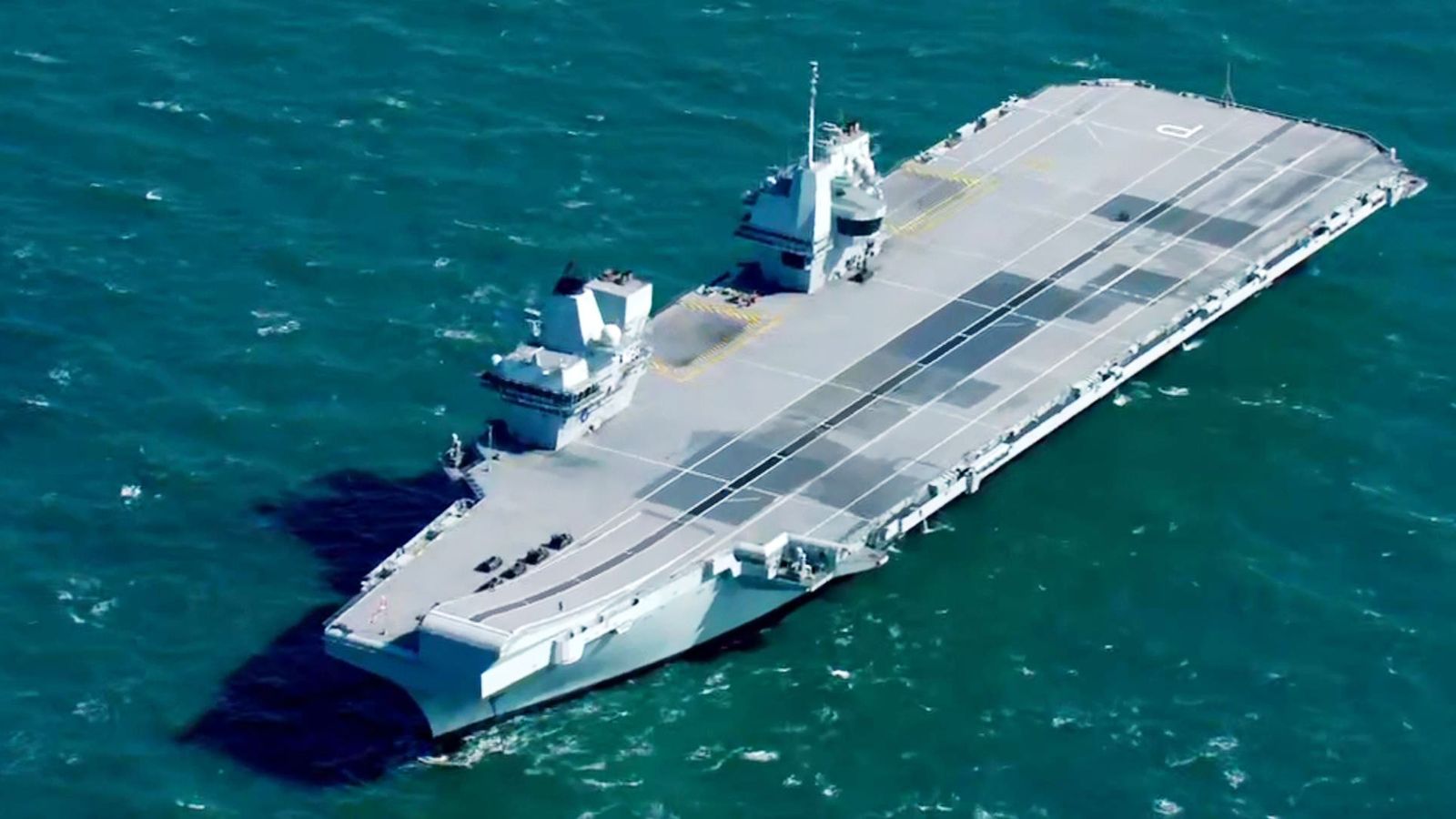 The UK’s biggest warship has broken down off the south coast shortly after setting sail on what had been billed as a “landmark mission” to the United States.

HMS Prince of Wales, the second of the Royal Navy’s two aircraft carriers, was experiencing an “emerging mechanical issue”, a spokesperson said. The problem is being investigated.

The £3bn carrier, which became fully operational only last year, is reportedly anchored south east of the Isle of Wight while the investigation is carried out.

The problem was first reported by UK Defence Journal, an online news site focused on defence issues, which cited unconfirmed reports about damage to the starboard propeller shaft.

“Should the issue prove to be serious it goes without saying that this is extremely unfortunate and not a good look for the RN [Royal Navy],” it reported.

The warship had departed from nearby Portsmouth on Saturday on what was described by the Royal Navy as a mission to “shape the future of stealth jet and drone operations off the coast of North America and in the Caribbean”.

The trip – provided it goes ahead – is set to see the carrier visit New York, Halifax in Canada and the Caribbean, operating fifth generation F-35 fast jets off the deck as well as drones.

Commanding Officer, Captain Richard Hewitt, said in a statement to mark the departure – and prior to the mechanical glitch: “Taking the HMS Prince of Wales task group across the Atlantic for the rest of this year will not only push the boundaries of UK carrier operations, but will reinforce our close working relationship with our closest ally.

“From operating the F35 Lightnings and drones to hosting the Atlantic Future Forum, none of this would be possible without the efforts of the amazing sailors on board, many of which are on their first deployment with the Royal Navy.”

HMS Prince of Wales, which heads a carrier task group, deployed with a frigate, tanker and an air group of helicopters and drones.

The F-35 warplanes are set to join the ship in the US.