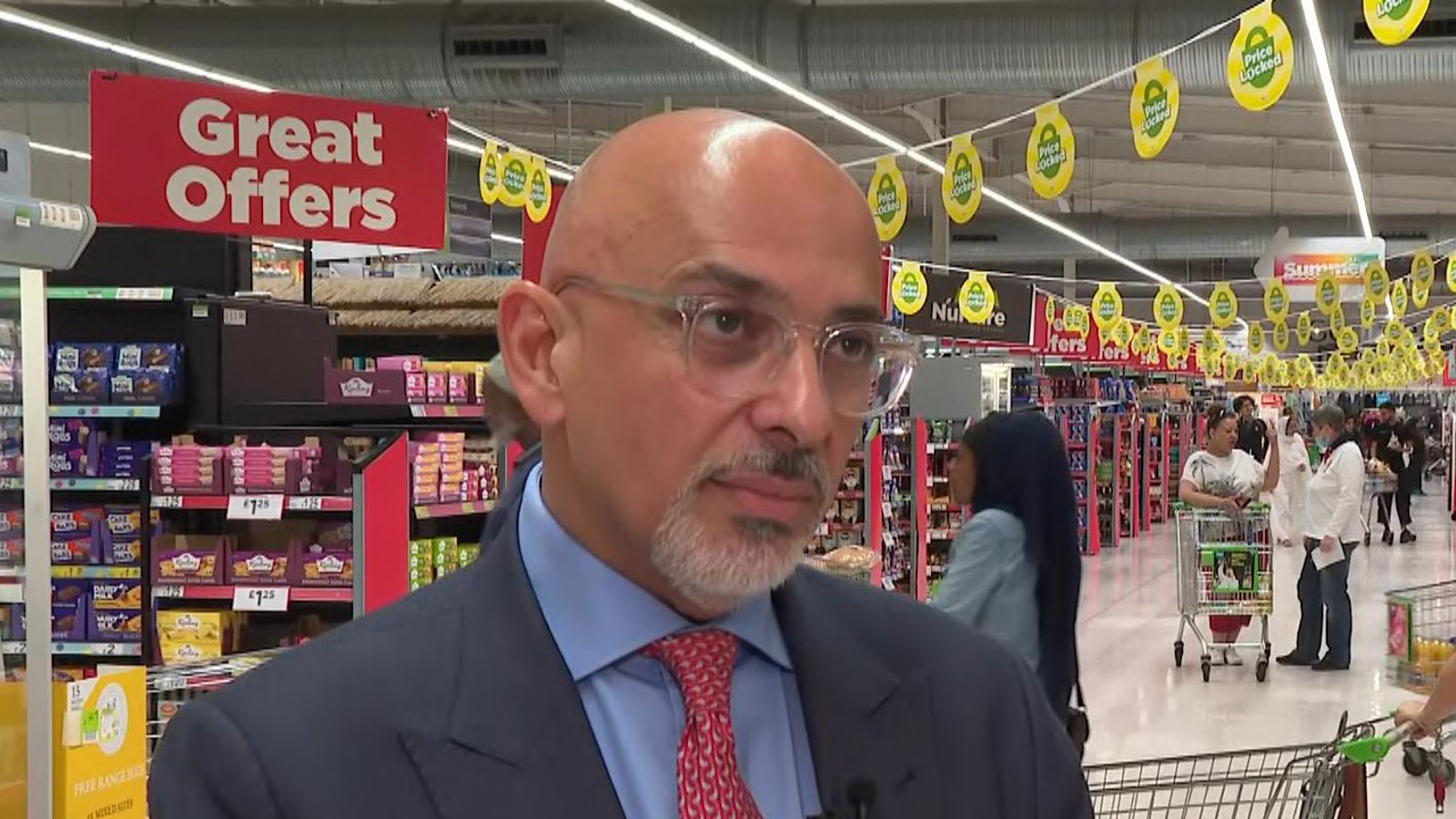 Britons on £45,000 salaries will need government help to pay their energy bills – not only people on benefits, the chancellor has warned.

Nadhim Zahawi also told The Daily Telegraph that households must try and reduce their energy consumption, and that he fears gas prices could remain elevated for another two years.

Energy bills will soar for millions of families in the autumn after the price cap was increased to £3,549 a year – a record rise of 80%.

Every household in the UK is being given a £400 rebate on their energy bills, but Conservative leadership candidates Liz Truss and Rishi Sunak are being urged to take further action.

There has been debate over whether additional support should be distributed widely or concentrated on those with the lowest incomes.

Mr Zahawi told the newspaper: “My concern is there are those who aren’t on benefits. If you’re a senior nurse or a senior teacher on £45,000 a year, you’re having your energy bills go up 80% and will probably rise even higher in the new year – it’s really hard.”

Although Universal Credit is a “really effective way of targeting”, he said, other ideas are being explored “to make sure we help those who really need the help”.

Mr Zahawi is understood to have drawn up a series of options for the next prime minister to consider – and despite calls for urgent action from the energy regulator Ofgem, Ms Truss has said it would not be “right” to announce her full plans for tackling the cost of living crisis until a new Tory leader is named on 5 September.

The chancellor went on to warn that the UK is “in a national economic emergency”, adding: “This could go on for 18 months, two years, if Putin continues to use energy as a weapon.”

Meanwhile, forecasts of what the next capped energy price for 24 million households could be have continued to rise.

The energy price cap, which is set to nearly double from already record highs at the start of October, is currently predicted to reach £5,600 by the start of next year.

But energy consultancy firm Auxilione has now warned the the average household could be paying a £7,700 bill from April 2023 – with gas costing consumers 34.22p per kWh.

Read more:
Explainer: Everything you need to know about higher bills
Analysis: Even those who’ve done the right thing won’t escape impact of energy bills rise

How will energy prices hit households?

In other developments, 26% of small and medium-sized enterprises polled by YouGov have warned that their energy bills will be unsustainable within 12 months.

Of the companies already paying more for gas and electricity, 75% said they will have to pass these costs on to their customers.

Five percent of businesses polled said that their energy bills are already unaffordable.

Mr Zahawi told The Telegraph that the government is planning to offer support to small firms, and said there would be a “longer-term scarring effect on the economy” without it.

Proposals could include cutting VAT for particular sectors – returning to a policy that was in force during the coronavirus pandemic.

Conservative MP Robert Halfon, a supporter of Mr Sunak, admitted that the situation is “grim” for families and businesses.

He told Sky News on Saturday morning: “There’s a fish and chip shop in my constituency that’s seen takings go down by £5,000 a month, while their energy bills have gone up from £800 to £3,000 pounds a month.

Mr Halfon said he supports Mr Sunak’s plans to give £1,200 to eight million vulnerable families, a £400 rebate to all UK households and a cut in national insurance for 70% of households.

Why high energy bills hit everything

In all, around 24 million households will be hit by the price rise.

Soaring wholesale gas costs – fuelled by Russia’s invasion of Ukraine – have driven the energy price cap increase, which is widely expected to spiral even further next year, with average bills forecast to hit £5,386 in January and £6,616 in April, according to analysis by Cornwall Insight.

It ramps up the squeeze on households already wrestling with soaring food and fuel prices.

Sky News has found a third of households are already struggling to pay their energy bills, while Philippe Commaret, managing director of energy giant EDF, says half of UK households could be in fuel poverty in January.

Ofgem chief executive Jonathan Brearley told Sky News that the price cap will be “devastating news” for many people.

Putting the increase into context, he said: “When I look at the prices for winter now for buying the gas, they are 15 times what they normally are. If that were to happen in petrol, that would mean it would cost £400 to £500 to fill our car.”

Boris Johnson has stressed he will leave major decisions on additional support to his successor.

Ahead of the increase, frontrunner Ms Truss said she would use an emergency budget to “ensure support is on its way” if she becomes prime minister.

Her rival Mr Sunak has pledged more targeted support and to remove VAT from energy bills.

Labour has claimed that Ms Truss’s plans to combat the cost of living crisis would leave four million families “out in the cold” if further direct support is only rolled out to those on benefits.