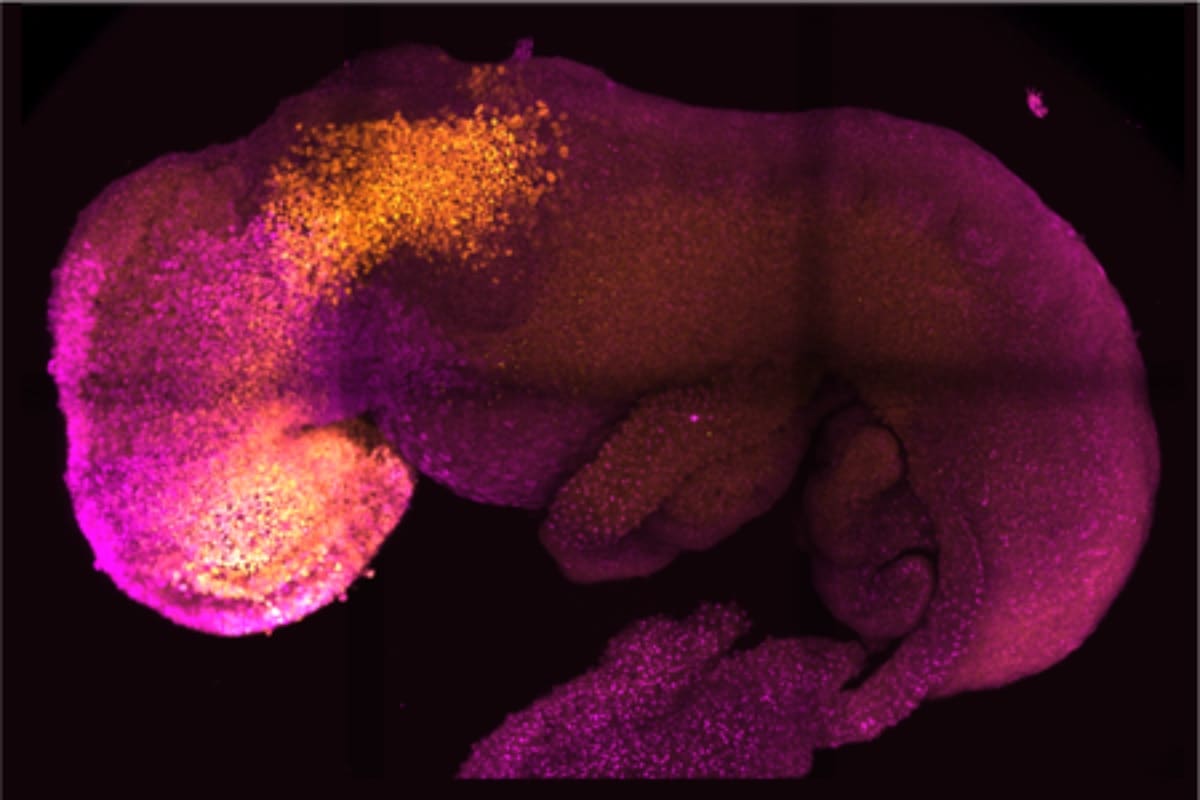 Without using sperm and eggs, as normally required, scientists have developed synthetic mouse embryos from stem cells. The model embryos feature beating hearts and even foundations for the brain and other organs of a mouse’s body. The achievement was made after years of study and is likely to help researchers unravel why some embryos successfully develop into a foetus while others fail to do so. Moreover, the new research could also guide the development and repair of synthetic human organs for transplantation.

To create the synthetic embryos, the team from the University of Cambridge and the California Institute of Technology (Caltech) mimicked the natural processes involved in the development of an embryo. However, they did not use sperm or eggs but guided three types of stem cells found in the early mammalian development, causing them to interact. Following this, the team was able to make the stem cells “talk” to each other by inducing the expression of a particular set of genes and providing a unique environment for the interaction.

The stem cells ended up self-organising into structures that went on to progress through successive developmental stages. The end result of this progression was beating hearts and foundations for a brain. It also had a yolk sac where the embryo develops and draws nutrients in the first weeks.

While such mouse embryos have been developed in previous studies using stem cells, the team believes they have achieved the most advanced stage of the model. What sets this model apart is the creation of the entire brain, particularly its anterior region.

“Our mouse embryo model not only develops a brain, but also a beating heart, all the components that go on to make up the body. It’s just unbelievable that we’ve gotten this far. This has been the dream of our community for years, and the major focus of our work for a decade, and finally we’ve done it,” said Magdalena Zernicka-Goetz, professor of mammalian development and stem cell biology in Cambridge’s Department of Physiology, Development and Neuroscience. She is also the author of the study published in Nature.

Zernicka-Goetz added that the model is significant as it gives them the accessibility to a stage of developing a structure which is normally hidden due to the implantation of the embryo into the mother’s womb.