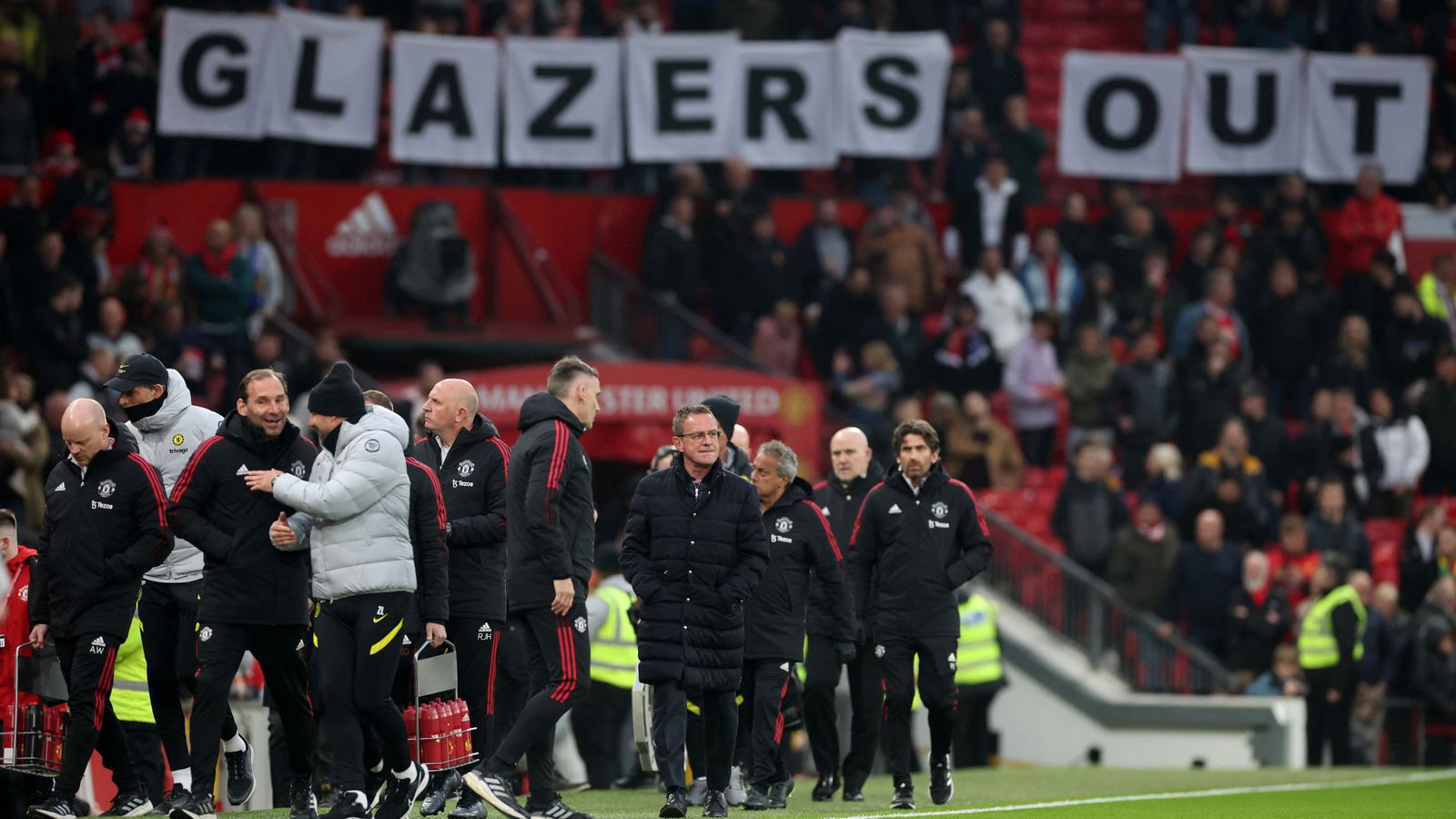 Former Manchester United director Michael Knighton is putting his own ambitions to buy the struggling club on hold to back Sir Jim Ratcliffe to become the new owner.

Mr Knighton told Sky News that the Glazers “have run out of road” and should sell up.

The American family has given no indication it is willing to bow to fan pressure by selling the record 20-time league champions after 17 years.

But Mr Ratcliffe went public this week with his desire to potentially invest in the club the billionaire has supported since a child before making his fortune in chemicals with INEOS.

Mr Knighton told Sky News: “My message to the Glazer family is, you have run out of road. Please with honour, with dignity, with professionalism, just quietly push the exit door now. Your time has finished, it’s over and the man to sell this football club to is British man Sir Jim Ratcliffe.”

Mr Knighton had been forming his own consortium and claims to have raised more than £3bn, but Mr Ratcliffe’s wealth eclipses their financial firepower.

“If Jim doesn’t do it, we will be there. We will be launching the hostile bid.”

Read more:
Sir Jim Ratcliffe’s determination should on no account be underestimated

Mr Knighton saw his own £20m bid for United collapse in 1989. The last change of ownership at Old Trafford was to the Glazers in 2005 for £790m in a takeover that loaded the club with debt that is now around £500m.

Fans are enraged by the more than £1bn it has cost the Glazers to service the debt while cashing in themselves by receiving dividends from the club.

The nine years since Sir Alex Ferguson retired have seen United spend more than £1bn on players, but poor decision-making on transfers has seen the club unable to regain the Premier League trophy since 2013.

The new season has started with two defeats, including a 4-0 humiliation at Brentford on Saturday that no member of the Glazer family was in London to see.

Mr Knighton added: “Every businessman in the land, certainly of a certain level if they’ve got commercial nous at all, knows these people will be seeking an exit.

There was no comment on Thursday about future ownership from the club that has been listed on the New York Stock Exchange since 2012.