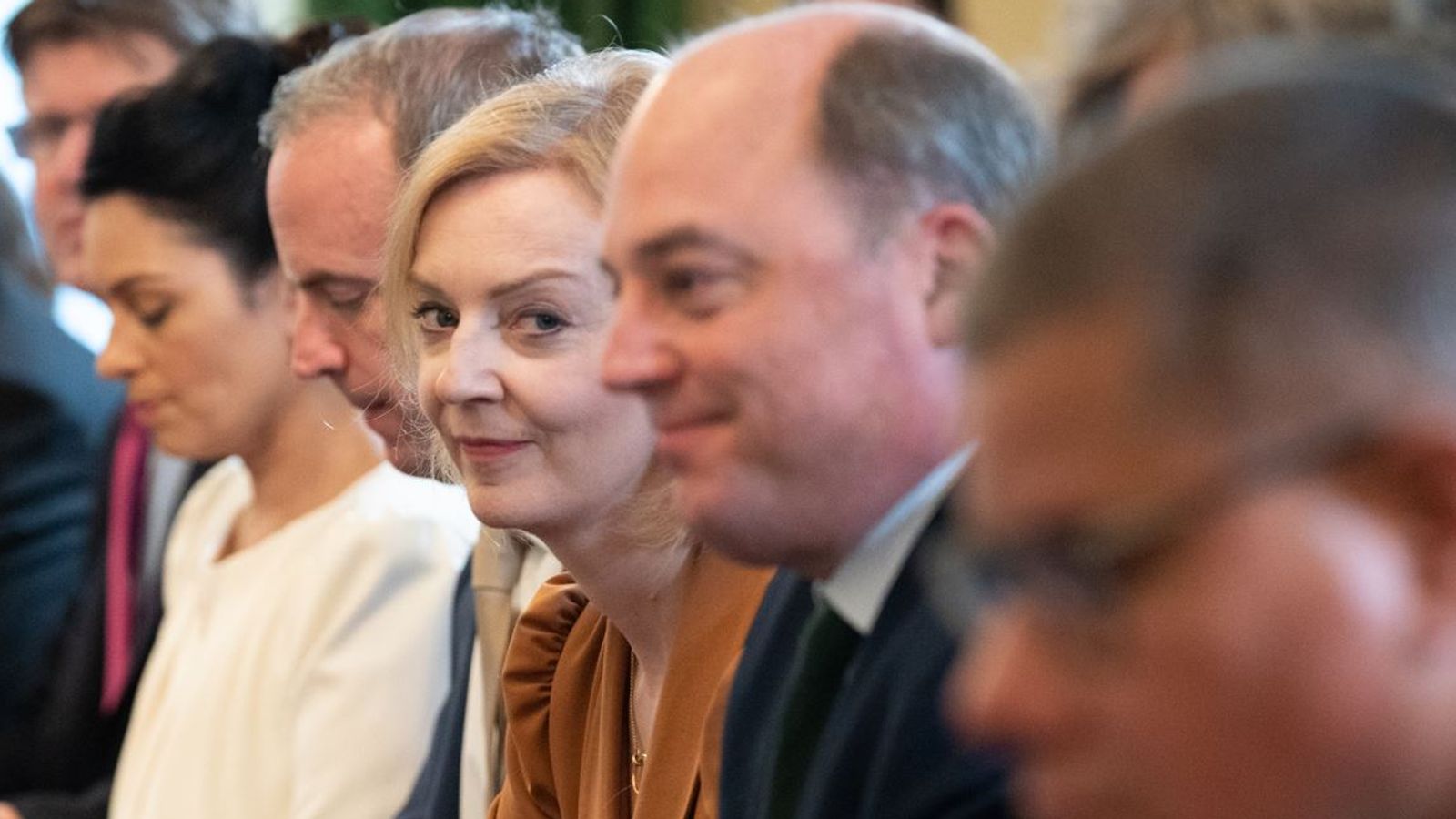 Mr Wallace described Ms Truss as “authentic, honest and experienced”, and with having “integrity” for the top job.

The defence secretary, who was himself widely tipped to become the next Conservative Party leader before ruling himself out of the contest, told Sky News that Ms Truss has also been “very consistent” in her support for defence and security.

“I thought what I would do at the beginning of this contest is stand back,” Mr Wallace said.

“I’m the defence secretary, I want to find a candidate that’s going to do right by the department and and recognise that the threats we face every day are very real and are growing and that they need to be funded properly.

“We can’t just sort of pretend they will go away by themselves.

“I’ve been in cabinet for two years with both the chancellor and indeed Liz Truss. And so, you know, it was important for me to to work out who I thought was the right person to take us forward.

“So, you know, I know Liz. She’s very straight, she’s authentic, what you see is what you get.

“But also she has been very consistent in the support for defence and security, she reads the same intelligence reports. I do. So I felt it was the right person to back.”

Mr Wallace added that “what you see is what you get” with the foreign secretary which is what he believes the public want more than ever at this moment.

He continued: “And, something else, it’s very important, she’s actually incredibly experienced in government.

“She is the only candidate that did nearly two years in the Treasury as the chief secretary of the Treasury. That’s the number two position. It attends cabinet. It’s incredibly important. The bookkeeper of the country, she did that job in the Treasury.

“She was then international trade and negotiated trade deals and now she’s been foreign secretary.

He added that the foreign secretary, if elected as the next prime minister, will not break the fiscal rules on borrowing.

Read more:
Boris Johnson was ‘removed by a coup’, claims Nadine Dorries
What happens now only Rishi Sunak and Liz Truss are in the contest?

He said “triggering cabinet ministers walking out at the time of a crisis” was not the right thing to do, adding that there were alternatives such as a confidence vote through the 1922 committee of backbench Conservative MPs.

“What if the markets had crashed? What if the home secretary had done that and there was a terrorist attack?” he questioned.

After four TV debates with audiences largely made up of floating voters, the leadership hopefuls were finally confronted by Tory party members who will choose Britain’s next prime minister.

The two-hour long hustings event in Leeds was the first of 12 that will take place across the country before voting closes on 2 September.

The next Conservative Party leader and PM is expected to be announced on 5 September, with Mr Johnson staying in place until then.

Rishi Sunak and Liz Truss will take part in a head-to-head debate on Sky News on Thursday 4th August at 8pm hosted by Kay Burley.

If you would like to be a member of the live studio audience and be in with a chance of asking a question, please apply here.