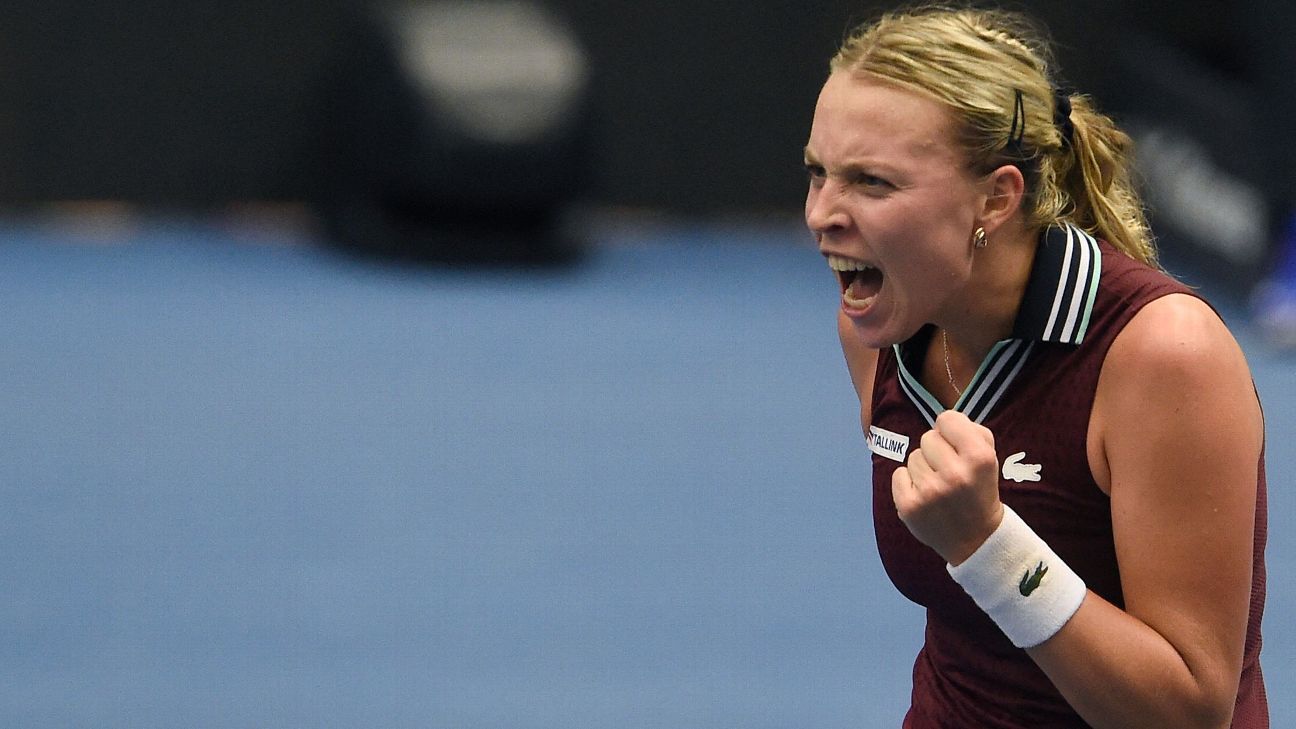 Top-seeded Anett Kontaveit of Estonia cruised past Ekaterine Gorgodze 6-0, 6-1 to advance to the second round of the Prague Open on Tuesday.

The world No. 2, who reached the Hamburg European Open final last week, needed just 48 minutes to beat Gorgodze and set up a match against Lucie Havlickova, who defeated Barbora Palicova 6-2, 7-6 (5) in an all-Czech match at the outdoor hardcourt tournament.

Defending champion Barbora Krejcikova reached the second round by beating Russian Anna Blinkova 6-3, 6-1. The second-seeded Czech was a quarterfinalist at the U.S. Open last year after winning the French Open.

Fourth-seeded Sorana Cirstea of Romania was upset by unseeded Russian Oksana Selekhmeteva 7-5, 6-4, while seventh-seeded Anastasia Potapova of Russia advanced with a 6-1, 6-2 victory over China’s Xinyu Wang.