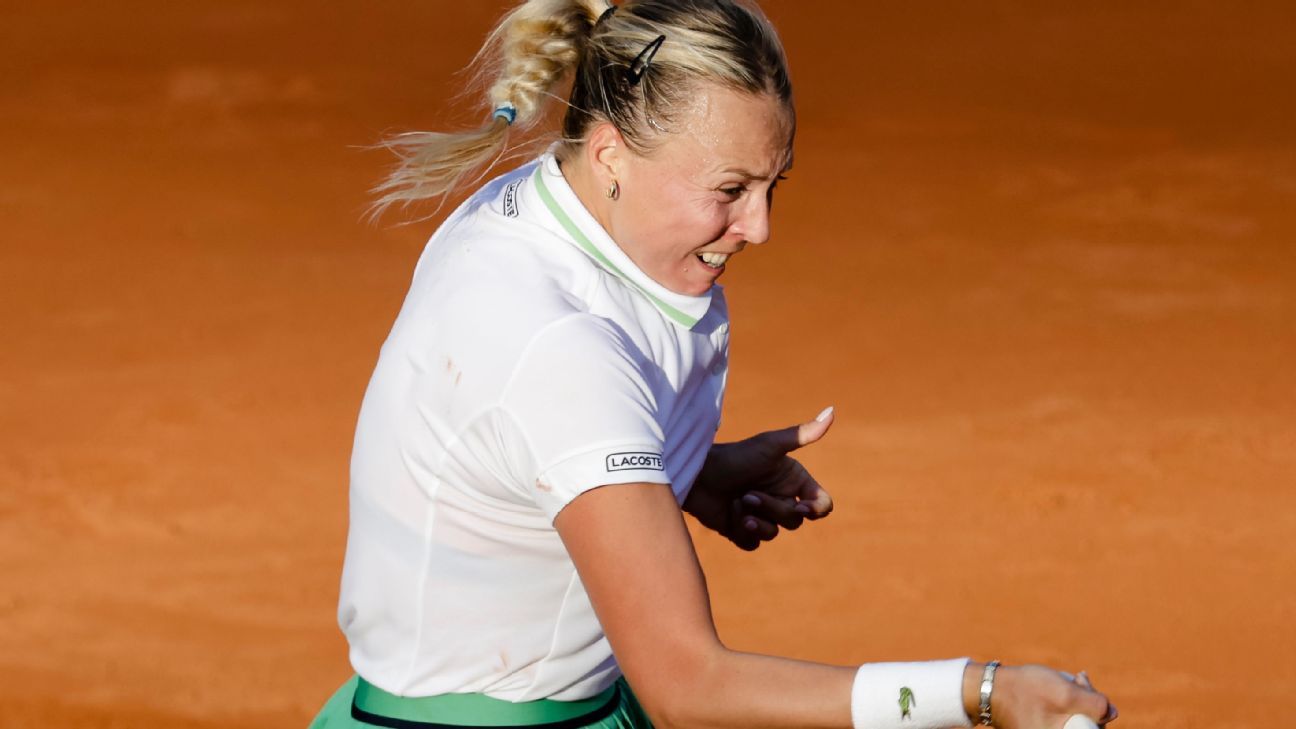 HAMBURG, Germany — Top-seeded players Carlos Alcaraz and Anett Kontaveit won their first-round matches at the Hamburg European Open on Tuesday, while Emil Ruusuvuori had an upset win over Diego Schwartzman.

Alcaraz, 19, dropped the first set but recovered to win 3-6, 6-1, 7-6 (3) against 259th-ranked German wild card Nicola Kuhn. His second-round opponent at the clay-court event will be Filip Krajinovic.

Playing as the top-seeded player in an ATP tournament for the first time, Alcaraz said it was difficult to adjust to playing on clay again after his run to the fourth round on the grass at Wimbledon.

Ruusuvuori won 7-5, 6-4 against third-seeded Schwartzman, who was coming off a 6-1, 6-0 loss in his last match against Pablo Carreno-Busta last week at Bastad. Tallon Griekspoor won 7-6 (8), 7-5 to eliminate eighth-seeded Holger Rune.

Kontaveit started her campaign in the women’s draw with a 6-3, 7-6 (3) win over Irina Bara despite losing her serve four times and next plays Rebecca Peterson. Kontaveit started the season strongly but has struggled since a coronavirus infection in April and was 1-3 in her previous three tournaments including the French Open and Wimbledon.

Second-seeded Barbora Krejcikova, the 2021 French Open champion, beat Magdalena Frech 6-3, 6-0 in the second round and will face either Anastasia Potapova or Maria Lourdes Carle in the quarterfinals.

Eighth-seeded Andrea Petkovic beat Misaki Doi 6-4, 6-3 and will play either Kontaveit or Peterson in the quarterfinals.