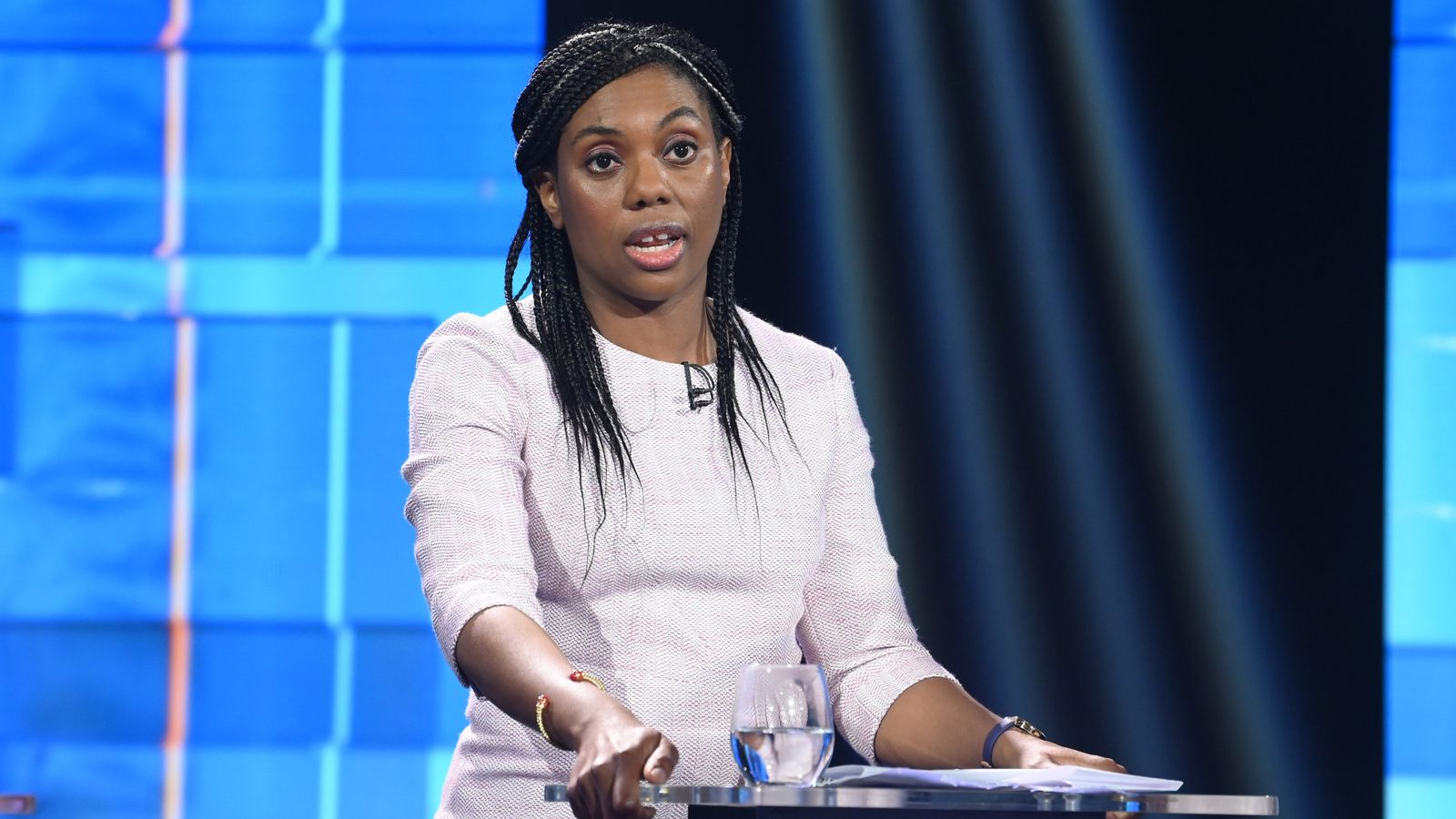 Kemi Badenoch has become the latest candidate to be knocked out of the Conservative leadership race.

In the fourth round of voting by Tory MPs, the contenders received the following support:

There was one spoiled ballot paper and one eligible MP did not cast a vote.

Former equalities minister Ms Badenoch took to Twitter to thank her supporters, saying what her campaign had achieved in two weeks “demonstrates the level of support for our vision of change for our country and for the Conservative Party”.

Another vote will take place on Wednesday, which will leave just two candidates remaining – and all eyes will be on where Ms Badenoch’s 59 votes go.

Defence minister Leo Docherty became the first of her supporters to announce he would now be backing Foreign Secretary Ms Truss to become the next prime minister.

Trade Secretary Anne Marie-Trevelyan – a former supporter of Tom Tugendhat, who was eliminated in the previous round of voting – also declared her support for Ms Truss.

She saw a surge in her votes, up by 15 since yesterday, and a spokesperson for Ms Truss again urged the party “to unite behind a candidate who will govern in a Conservative way and who has shown she can deliver time and again”.

But Ms Mordaunt remains in second place, with her support rising by 10 votes.

The trade minister said she is now “so nearly across the finish line” and “raring to go”, adding she was “excited to put my case to members across the country and win”.

Both Ms Mordaunt and the foreign secretary’s spokesperson also praised the latest fallen candidate, with Ms Truss’ team saying Ms Badenoch ran a “a fantastic campaign” and “contributed enormously to the battle of ideas throughout this contest”.

Ms Mordaunt said her “friend” had “electrified the leadership contest with her fresh thinking and bold policies”, adding: “She and I both know that the old way of government isn’t working as it should. Voters want change and we owe it to them to offer a bold new vision for this country.”

Former Chancellor Mr Sunak remained at the top of the pack, but with 118 votes, he was just shy of the 120 needed to guarantee him a place in the final two.

However, he has already received the support of at least one more MP, Sir Desmond Swayne, who has moved from supporting former candidate Suella Braverman and then Ms Badenoch, to backing Mr Sunak.

A source close to his campaign reiterated their belief that “only Rishi can beat [Labour leader Sir Keir] Starmer”, and that Mr Sunak “is the candidate the public think would make the best PM”.

They added: “Rishi has continued to progress today because he is the candidate with the clearest plan to restore trust, rebuild the economy, reunite the country and because he is best placed to beat Labour at the next election.

“MPs are also recognising that Rishi has the best experience and plans to deal with the current economic situation.

“Rishi will rebuild our economy by gripping inflation, so we can get our economy growing and unleash the full opportunities of post-Brexit Britain.”

After tomorrow’s vote, the remaining candidates will face a summer of campaigning and hustings before a vote by the wider party membership, with the winner expected to be announced on 5 September.

But while Ms Badenoch had been stuck in fourth place throughout the rounds of voting, a YouGov poll of Conservative members ahead of today’s results showed she would beat any of her three rivals in a final head-to-head.

The same poll also suggested that Mr Sunak will struggle to win over the Tory membership irrespective of which of the remaining candidates he may face in the final two.

“She has brought courage and substance to the argument and will add to the future government of the UK,” he posted on social media.

Earlier today, senior Conservative MP Tobias Ellwood had his whip removed – meaning he was not able to vote in the party’s fourth leadership ballot.

The move was a punishment after Mr Ellwood failed to take part in yesterday’s confidence vote in the government.

Mr Ellwood, chairman of the influential defence select committee, said he was “very sorry” to lose the Tory whip, but argued he was unable to return from a meeting with the president of Moldova due to “unprecedented disruption”.

The remaining runners will not face each other in a debate that had been planned by Sky News for tonight after Mr Sunak and Ms Truss refused to take part.

Conservative MPs are said to be concerned about the damage the previous debates have done to the image of the party after exposing disagreements and splits between the leading candidates.

The leadership contest was triggered after Boris Johnson announced he would be leaving Downing Street after an avalanche of ministerial resignations over his handling of the Chris Pincher scandal.

He will remain as prime minister until his successor has been named.

Pegasus V, Dwarf Galaxy Near Andromeda, Believed to Be One of the First Galaxies
Russian journalist who protested Ukraine war live on TV and held banner saying ‘Putin is a killer’ has home raided
Bourne Leisure founders check back into Butlin’s in £300m deal
Call for Babs’ army of volunteers to test dementia therapies in memory of Dame Barbara Windsor
Kabul evacuation was ‘tragic yet avoidable’, hard-hitting new report concludes