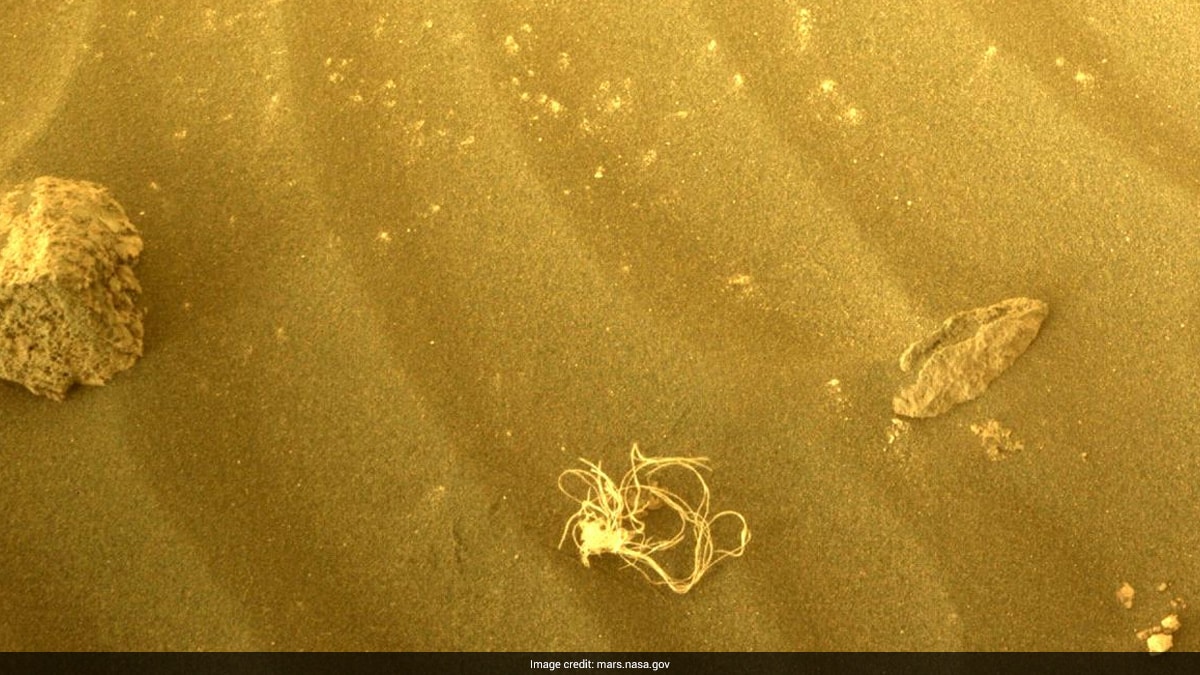 While NASA’s Perseverance Rover might not have been successful in finding signs of life on Mars yet, it has discovered a strange piece of an object, which looks like a tangle of string or shredded material that is clinging together.

According to the National Aeronautics and Space Administration (NASA), the image was captured by the rover’s front-facing hazard avoidance cameras that keep an eye on the landscape to protect the Perseverance when it is driving or using its robotic arm.

Scientists are still unable to determine the exact nature of the object. But according to CNET, the most likely explanation for the tangle of material is debris from previous missions.

Take a look at the image below:

This comes after the rover in June spotted a shiny object on the floor of Mars’ Jazero Crater. However, it later turned out to be a piece of junk that actually originated from the Mars Rover itself.

“That shiny bit of foil is part of a thermal blanket – a material used to control temperatures. It’s a surprise finding this here: My descent stage crashed about 2 km away,” the American space agency clarified after the picture of the shiny object went viral.

Space junk is a common problem, especially when it comes to Mars. A lot of junk originates from the expedition rovers sent from Earth. Previously, the Mars Perseverance Rover also took aerial pictures which showed massive amounts of debris that originated from wreckages.

Meanwhile, the rover has been serving us with several spectacular photos from the Red Planet. The Perseverance Rover was sent to Mars to look for ancient life. It landed last year and since has been exploring the planet, collecting rocks, and sending back important information.

Tesla teases Optimus humanoid robot prototype with new image
China extends military drills around Taiwan as fears grow of conflict
Nvidia warns on second-quarter revenue, shares dip
The Length of Earth’s Days Has Been Mysteriously Increasing, and Scientists Don’t Know Why
Peace of sorts returns to wartorn border between Israel and Gaza – but truce is not a lasting solution