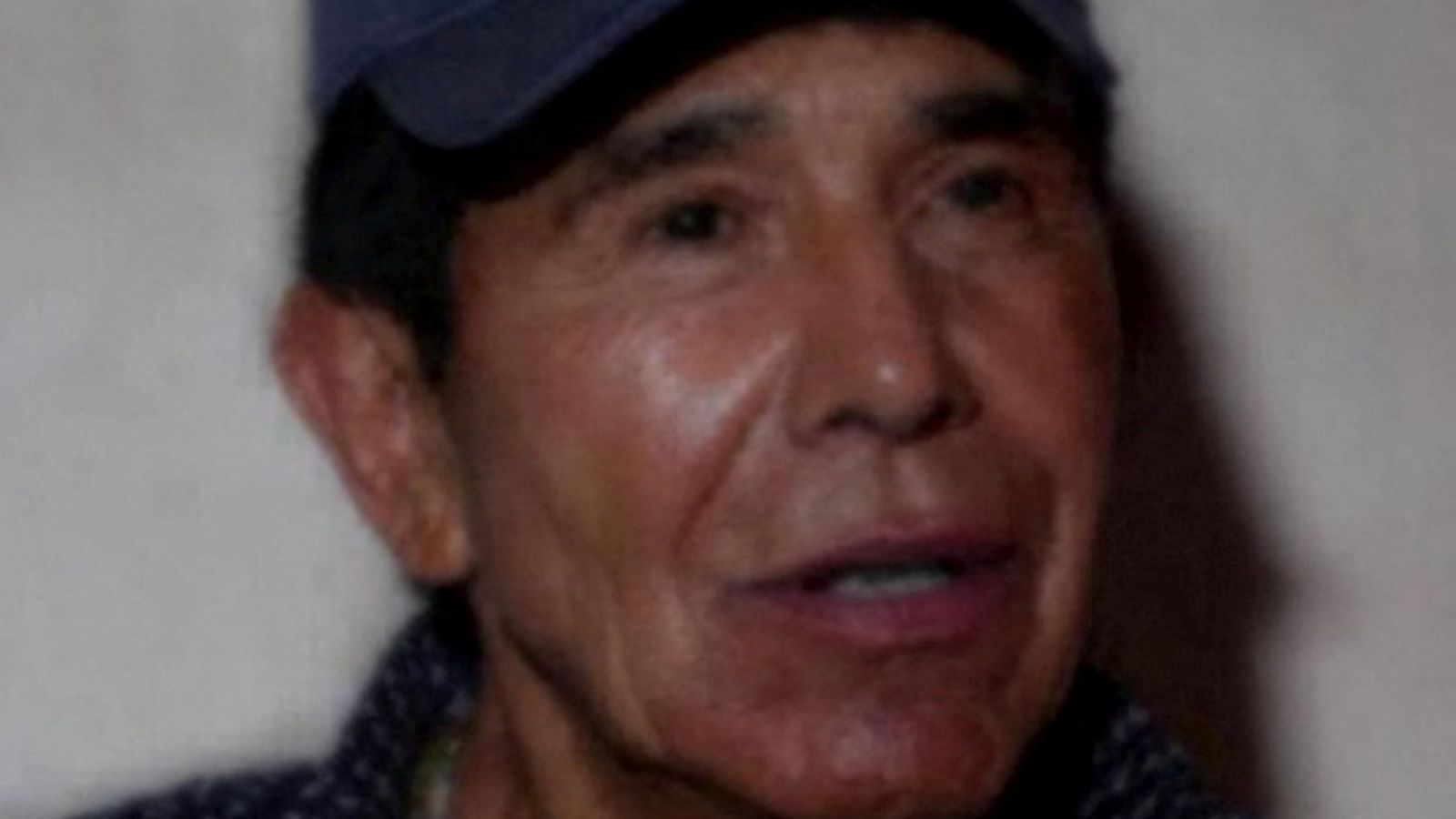 Mexican military forces have captured notorious drug lord Rafael Caro Quintero, who was behind the torture and murder of a US DEA agent in 1985.

Caro Quintero, 69, was arrested after a search dog named Max found him hiding in shrubland in the town of San Simon in Sinaloa state during a joint operation by the navy and the Attorney General’s Office, according to a statement from the Mexican navy.

Meanwhile, a Blackhawk helicopter carrying 15 people crashed near the coastal city of Los Mochis during the operation, killing 14 of those onboard, the statement said.

Photos on social media showed the wreckage of the helicopter in a field.

The navy said the helicopter suffered an “accident”, the cause of which has not yet been determined.

Mexico’s President Andres Manuel Lopez Obrador tweeted that the helicopter crashed shortly before landing after supporting those who conducted the capture of Caro Quintero. He said the crash would be investigated.

Footage of the arrest released by the navy showed Caro Quintero, his face blurred, dressed in jeans, a soaking wet blue shirt and a baggy khaki jacket. He was being held by men wearing camouflage uniforms and equipped with assault rifles.

Caro Quintero rose to prominence as a co-founder of the Guadalajara cartel, one of Latin America’s most powerful drug trafficking organisations during the 1980s.

He had walked free in 2013 after 28 years in prison on a technicality by a Mexican judge, who overturned his 40-year sentence for the 1985 kidnapping and killing of US Drug Enforcement Administration agent Enrique “Kiki” Camarena.

However, the Supreme Court upheld the sentence, but Caro Quintero had already been spirited off in a waiting vehicle.

He went underground and is said to have returned to drug trafficking, unleashing bloody turf battles in the border state of Sonora.

The events were dramatised in the 2018 Netflix series Narcos: Mexico.

Caro Quintero was on the FBI’s most wanted list, with a $20m (£16.9m) reward offered for his capture.

The US will seek his immediate extradition, Attorney General Merrick Garland said.

“There is no hiding place for anyone who kidnaps, tortures, and murders American law enforcement,” Mr Garland said in a statement.

“Today’s arrest is the culmination of tireless work by DEA and their Mexican partners to bring Caro Quintero to justice for his alleged crimes, including the torture and execution of DEA Special Agent Enrique ‘Kiki’ Camarena.

“We will be seeking his immediate extradition to the United States so he can be tried for these crimes in the very justice system Special Agent Camarena died defending.”

Mexico’s president has maintained he is not interested in detaining drug lords and prefers to avoid violence, but the arrest came days after Mr Lopez Obrador met US President Joe Biden in the White House.

Drone pilots run into a problem while trying to spot Russian troops
Drought declared in eight areas of England
Deadlock with Russia over Nord Stream gas turbine is not our fault, Siemens Energy CEO says
Russia is trying to ‘threaten the whole world’ by shelling Europe’s largest nuclear plant, Zelenskyy warns
Watch Lindsey Graham’s message to Trump about running in 2024