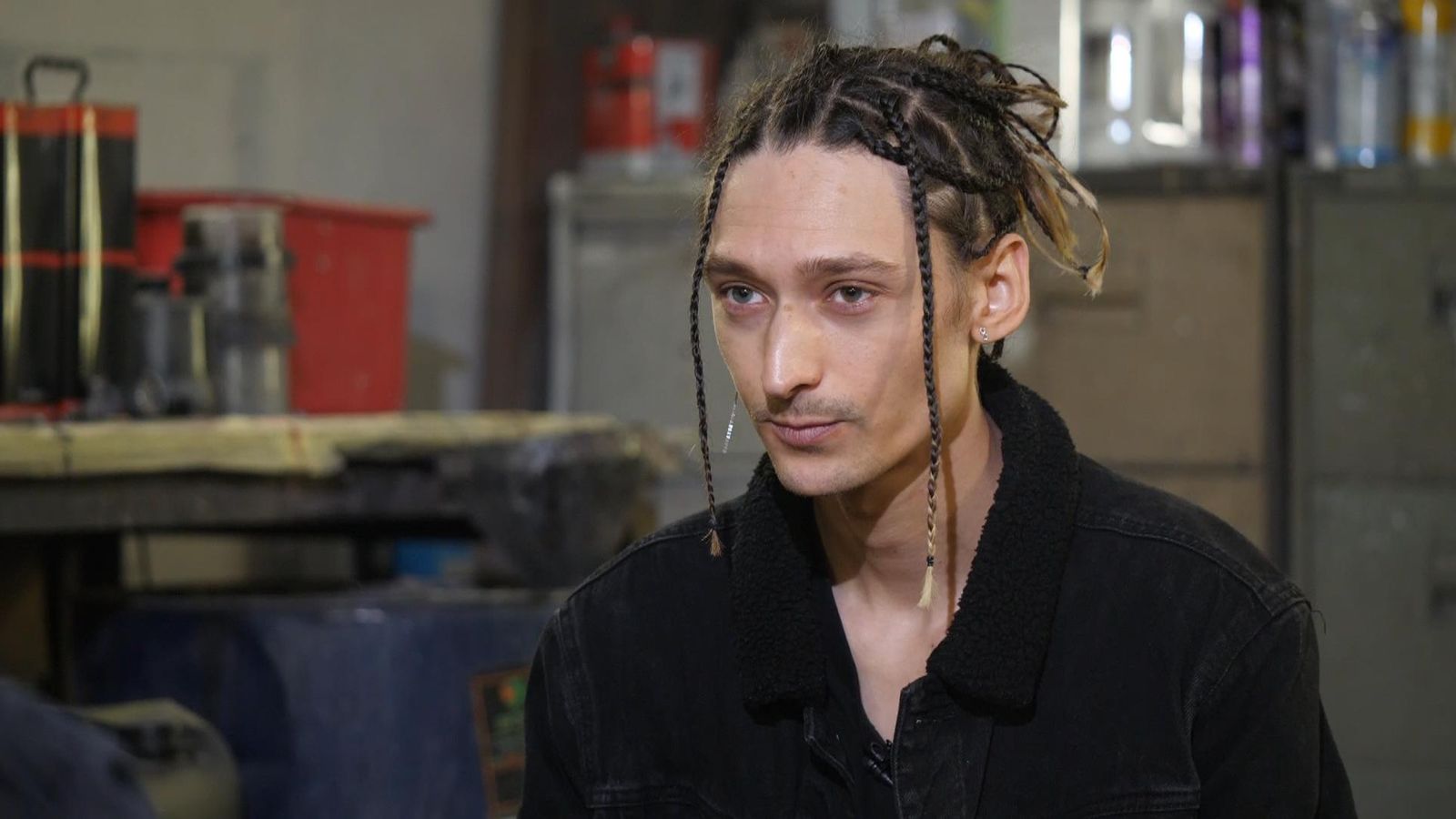 A Formula 1 worker who was repeatedly called the n-word by colleagues at the Aston Martin F1 team has told Sky News the sport has to do more to confront racism in motorsport.

Aidan Louw, 25, who is mixed race and was born in South Africa, worked as a laminator building parts of the cars driven by Sebastian Vettel at the prestigious F1 team’s base next to Silverstone.

The abuse started after he joined the team as a supplier’s agency contractor this February.

“Before I even walked into my working environment that’s when I was told ‘look if you’ve got a problem with how we speak here, it’s just how we speak’.”

“It went from brownie to darkie – I wasn’t referred to as Aidy…or anything like that. I was called n** n** and brownie – that is what I was referred to.

“It was towards the end of the duration that I had finally processed what was happening.

As a dual citizen of both South Africa and the UK, Aidan holds two passports. He says the abuse included an apartheid era insult that is also extremely offensive.

On top of the racism Aidan also suffered homophobic abuse: “I disclosed to someone that I had a boyfriend in my teen years and that was it – in that split second everything switched…

“As soon as they found out about that sliver of information that was it, they were trying to claw me down to break me down as a man, as an individual and a human.”

While F1 has very publicly demanded an end to racism within the sport, this season Sir Lewis Hamilton has been forced to continue calling out incidents of discrimination.

The seven-time world champion was angered by a racial slur that former F1 driver Nelson Piquet was accused of using during a podcast.

Last month Red Bull’s reserve driver Juri Vips was fired after it was found he had sent racist messages online.

And at last Sunday’s Austrian Grand Prix some fans reported being racially abused in the stands. There were also reports of sexist and homophobic behaviour from a small number of F1 supporters.

Aston Martin F1 say that Aidan’s contract was terminated due to “poor performance” and “poor timekeeping” and was unconnected to the discrimination he’d experienced.

Mr Louw accepts that his performance and punctuality suffered but he believes this was due to the abuse he had faced.

In a statement to Sky News, Aston Martin Racing said: “AMR and its supplier operate a zero-tolerance policy with regard to racism, homophobia and all types of discrimination.

“We deal with any allegations of this unacceptable behaviour seriously including thoroughly investigating such claims and sanctioning any individual who falls short of our standards.

“In this case, the complainant was rightly believed, his complaints were immediately acted upon and appropriate sanctions were imposed in line with our zero-tolerance policy.

“We are in ongoing discussions with him.”

Sky News understands that the individuals involved in the racist and homophobic abuse no longer work there.

‘I don’t want to be viewed as a victim’

Aidan was 16 years old when he started out in motorsport as a cleaner picking up beer cups and cleaning the toilets at the Silverstone track.

He then went on to work his way up in the F1 supply chain before joining the Williams team, Alpine and then McLaren – he says he loved working at each one of those three teams.

“I don’t want to be viewed as a victim, that’s not who I am but the fact is this (abuse) is not right, it’s not just me that’s the victim it’s my community, my community is the victim.

“We’re not asking to be given those opportunities, things to just be dropped on our plate just because of ethnic origin or sexual orientation.

“The fact is I know there are kids out there who have got dreams to do this the same as me…and if it’s a lie, then what’s the point? What is the point?

“There is no sport. It doesn’t matter how many sponsors chuck money into it.

“No matter what the repercussions are, publicly for me, I’m willing to accept because this message is bigger than me.”

Amazon workers walk out over pay, safety concerns at major California air hub
Here are the cars eligible for the $7,500 EV tax credit in the Inflation Reduction Act
Drought declared in eight areas of England
Should I keep saving for my pension or use the money to pay for rising costs?
Drought could be declared today in ‘quite a few regions’, Sky News understands