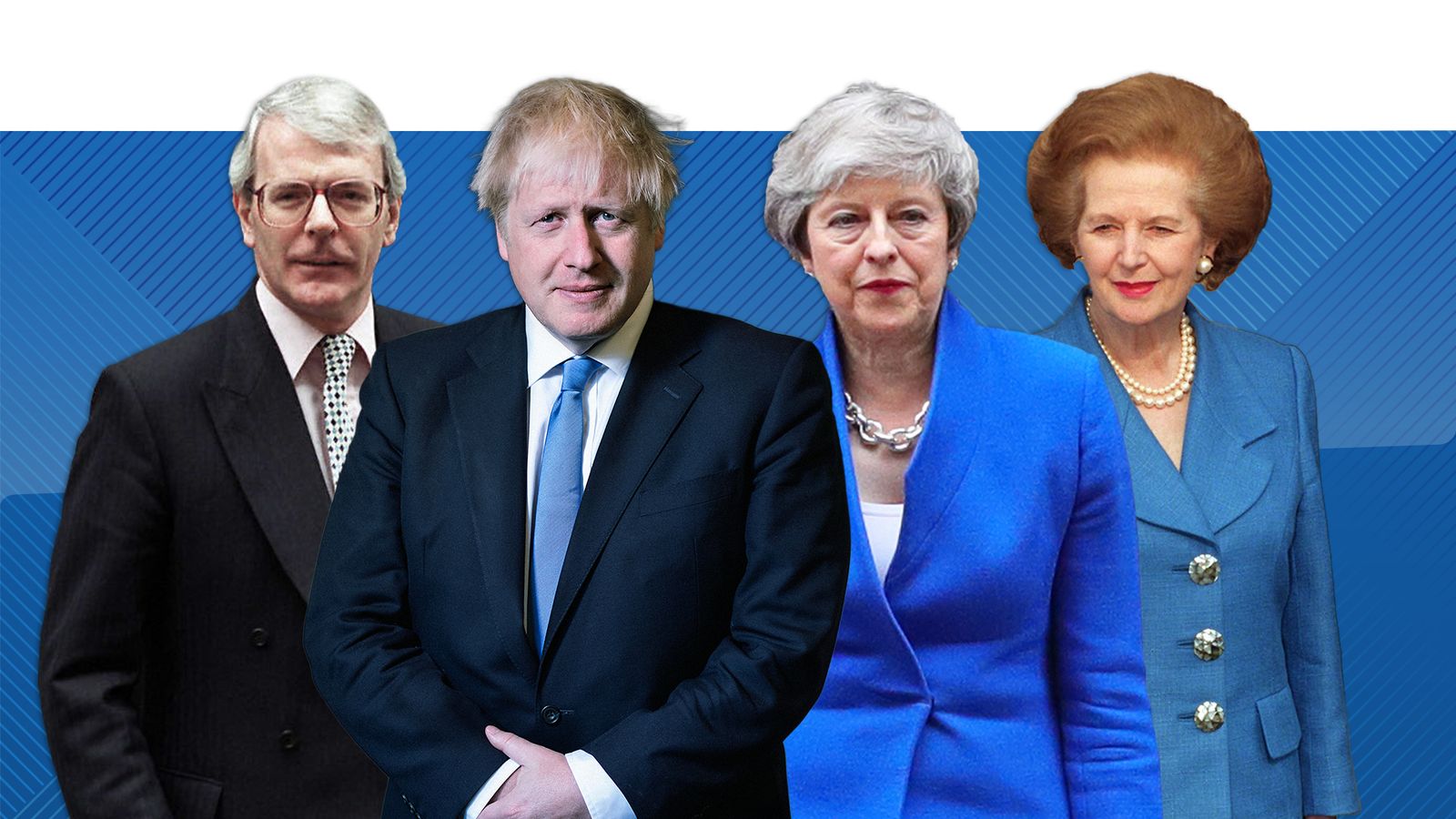 Boris Johnson needed 180 of his 359 MPs to vote for him in order to stay on as party leader and prime minister. He got 211.

That’s better than Margaret Thatcher in percentage terms, who was forced out just two days after winning the first round of a vote, but not as good as either Theresa May or John Major.

While Mr Major went on to fight an election a few years after being challenged, Mrs May resigned six months after winning her vote.

The contests Mrs Thatcher and Mr Major fought were under a different system, so they were standing directly against an alternative candidate rather than a confidence vote.

Because Mr Johnson has more MPs than Mrs May had at the time of her contest, he secured more total votes than she did from colleagues, but has 31 more MPs against him, totalling 148. If fewer than 133 MPs had voted against Mr Johnson he would have performed better than Mrs May as a percentage.

About 160 Tory MPs are on the government payroll, compared with about 200 who don’t have ministerial jobs – known as backbenchers. The 148 votes against Mr Johnson implies that he has lost the confidence of about three quarters of backbenchers.

Mrs May soldiered on as leader for almost another six months, but ultimately resigned after her lost authority and influence with the party meant she was unable to force through key Brexit legislation.

Mr Major managed to make it as far as the next election almost two years years later, which he lost, while Mrs Thatcher stepped down just two days after she won the first round of a 1990 leadership contest against Michael Heseltine.

In terms of the number of days spent in Downing Street, Mr Johnson will overtake former Labour leader Gordon Brown on Wednesday, but he needs another couple of months to go beyond his predecessor as Tory leader, Mrs May.

Mr Johnson could be one of the shortest serving prime ministers since the war despite winning an 80 seat majority two and half years ago.

The reaction to today’s numbers are ultimately down to Mr Johnson, although his colleagues in the party may be trying to influence him one way or another.

Jacob Rees-Mogg, who serves as minister for Brexit opportunities and government efficiency under Mr Johnson, told Sky News on Monday that a victory of just one vote would be enough to maintain authority over the party. Nadine Dorries, Mr Johnson’s culture secretary, said the same.

Upon resigning, however, Mr Johnson’s former anti-corruption champion John Penrose said “I think it’s over… it feels like the beginning of the end,” while caveating that “it could be different” with a “thumping victory”.

This chart shows how Mr Johnson’s popularity with the public is at a similar level to that of Mrs May when she stood down. It also shows that leaders generally struggle to turn fortunes around once the country has turned against them.

There were electoral victories for both Tony Blair and David Cameron while their personal approval was in negative territory, however.

The Conservatives are defending two different constituencies in by-elections on 23 June – Wakefield, triggered by the sexual assault conviction of former MP Imran Ahmad Khan, and Tiverton and Honiton – triggered by Neil Parish resigning after being caught watching pornography in the House of Commons.

Labour are currently big favourites to win in Wakefield, while the Liberal Democrats are odds-on to win in Tiverton and Honiton.

The last time a party lost two by-elections on the same day was more than 30 years ago, on 7 November 1991, when Mr Major’s Conservatives lost the now defunct seats of Kincardine and Deeside to the Lib Dems and Langbaurgh to Labour.

Fewer than six months later, in April 1992, Mr Major recorded an election victory which kept the party in power for another five years.

The Data and Forensics team is a multi-skilled unit dedicated to providing transparent journalism from Sky News. We gather, analyse and visualise data to tell data-driven stories. We combine traditional reporting skills with advanced analysis of satellite images, social media and other open source information. Through multimedia storytelling we aim to better explain the world while also showing how our journalism is done.

Girl who chewed through restraints to escape was ‘held captive with dismembered remains of mother and brother’
‘I told her how much I loved her’: Husband of Dame Deborah James on her last moments
Former officer in Trump’s Jan. 6 motorcade speaks out
What’s next for the NHL and the Metaverse?
Hope of big oil price falls are dashed as OPEC+ agrees token production increase