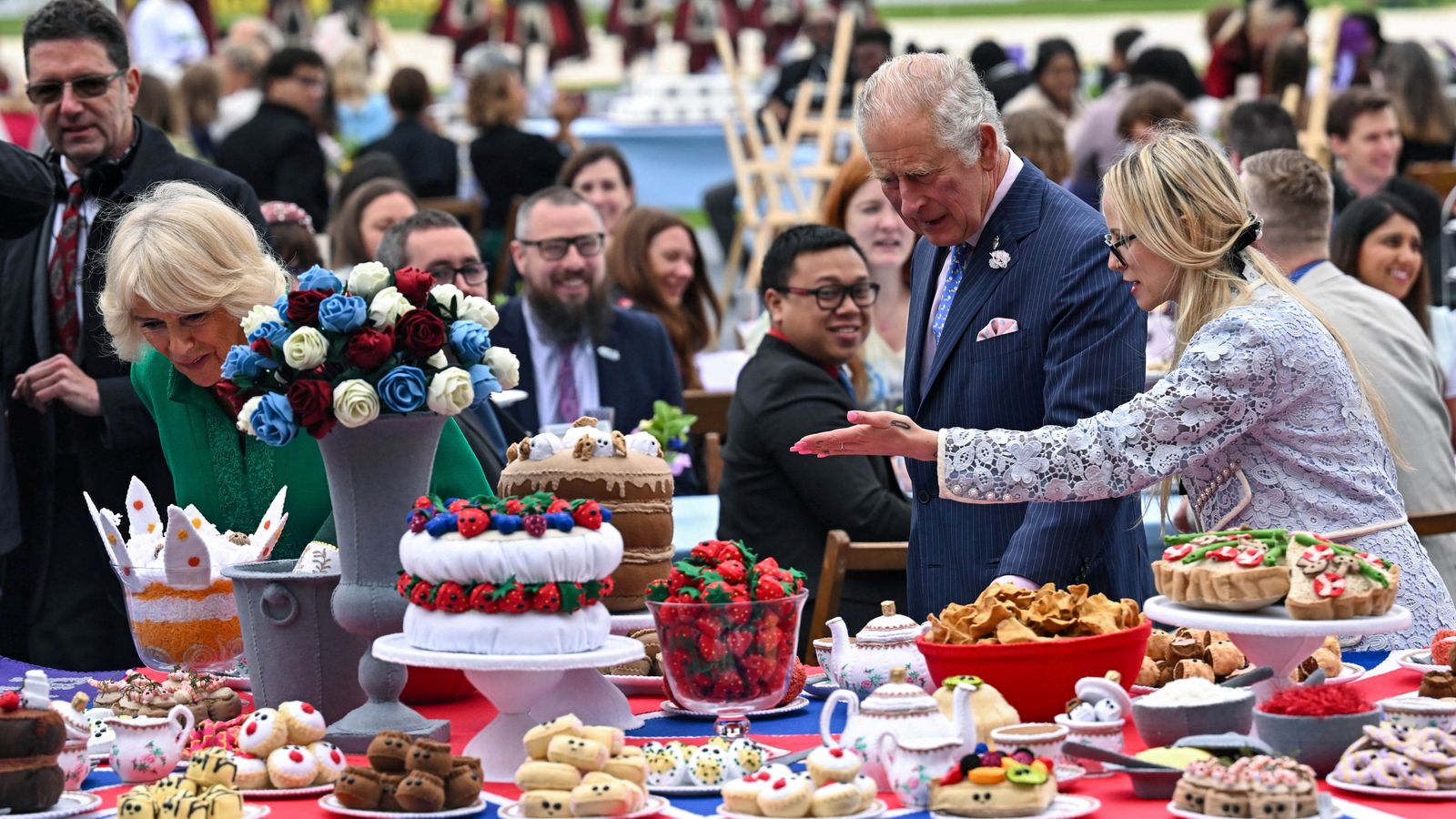 Prince Charles and the Duchess of Cornwall have attended a Big Jubilee Lunch on the final day of celebrations marking the Queen’s 70 years on the throne.

Millions of people across the UK are taking part in patriotic street parties, picnics and barbecues on day four of the Platinum Jubilee weekend.

The monarch‘s eldest son and Camilla joined around 500 other guests at the flagship feast at The Oval cricket ground in south London.

More than 85,000 “Big Jubilee Lunches”, of which Camilla is patron, are being held around the country – an initiative that began in 2009 to bring communities together. An estimated 16,000 street parties were also taking place.

Among those in attendance at The Oval were 70 “platinum champions” from the Royal Voluntary Service and celebrity ambassadors for the charity.

Guests saw a 20ft 3D recreation of a Jubilee lunch in felt made by the artist Lucy Sparrow, which was shown off before it is hung at the Grand Entrance of Buckingham Palace later this year.

It features plates of sandwiches, quiche, the new Platinum Pudding, trifle made with lemon and amaretti, scotch eggs and fruit platters.

Meanwhile, the Earl and Countess of Wessex were due to meet people creating the “Long Table” on The Long Walk leading up to Windsor Castle.

Read more: Fancy going to a Jubilee street party? Fine one near you using our interactive map

This afternoon there will be a colourful street pageant in central London, with around 10,000 people taking part, including a cast of 6,000 performers.

The three-kilometre parade begins outside the Palace of Westminster at 2.30pm and will be led by the Gold State Coach – a 260-year-old carriage that carried the Queen to and from her coronation in 1953.

The 96-year-old monarch will not take part in the pageant due to mobility issues, but archival footage of her will be broadcast at the coach’s windows. And royal fans will be hoping she makes an appearance on the Buckingham Palace balcony later in the day.

The procession will head through Whitehall, before taking a turn at Trafalgar Square and through Admiralty Arch.

It will travel towards the Queen Victoria Monument outside Buckingham Palace, turning on to Birdcage Walk and along St James’s Park.

What will you be doing?

Please share photos of your Jubilee street party or other events taking place today: Tap here and send us your name and details of where the event is taking place and we’ll feature some of your submissions in our coverage.

What to expect during the pageant

The pageant will be divided into four acts: For Queen And Country, The Time Of Our Lives, Let’s Celebrate, and Happy And Glorious.

The first will feature a military parade of 1,750 people and 200 horses – one of the biggest spectacles in British history – from the Army, Navy, RAF, and the Commonwealth.

The second act is a “vibrant display of British life since 1972” and a celebration of culture, music, and technology of the past 70 years.

The third section, Let’s Celebrate, will tell the story of the Queen’s life in 12 chapters, with a nod to her corgis and her beloved horses.

The Queen will be depicted in her younger days with a 20ft puppet of a youthful princess surrounded by a pack of mischievous puppet corgis.

It will also feature a 21ft-tall puppet dragon with a wingspan as wide as the Mall, while her purple and white coronation robe will be recreated by 80 dancers flanked by twirling “baianas”. 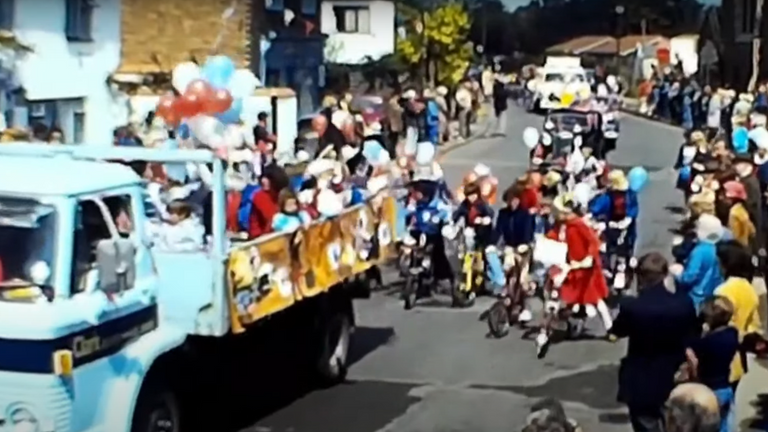 A look back at Silver Jubilee parties

The final act will take place in front of the palace around the Queen Victoria Memorial.

Members of the public will be invited to join and sing the national anthem, which will be led by a gospel choir and the Band of Her Majesty’s Royal Marines.

Which famous faces will star? Ed Sheeran will end the celebrations with a musical tribute at around 5pm.

Sheeran wrote on Instagram that past celebrations inspired his musical career, saying: “Twenty years ago I decided I wanted to pick up a guitar because I watched the Golden Jubilee on tv, saw Eric Clapton play Layla and said ‘that’s what I wanna do’.

“Ten years later I played The A Team at the Diamond Jubilee, and now 10 years on I’m playing the Platinum Jubilee this Sunday.

“Life is weird how it keeps coming full circle in lovely ways. Tune in on Sunday and see ya there x.”

Huge blow for Sunak as Sajid Javid backs Truss in race to Number 10
Oil companies are giving back tons of cash — and other things we’ve learned this earnings season
Go inside the place this farmer says even the Ukrainian military fears
‘Frankly, we don’t need it’: US has no DNA on al Qaeda leader – confirmed death by other sources
Redknapp: ‘This could be a new dawn for Chelsea’