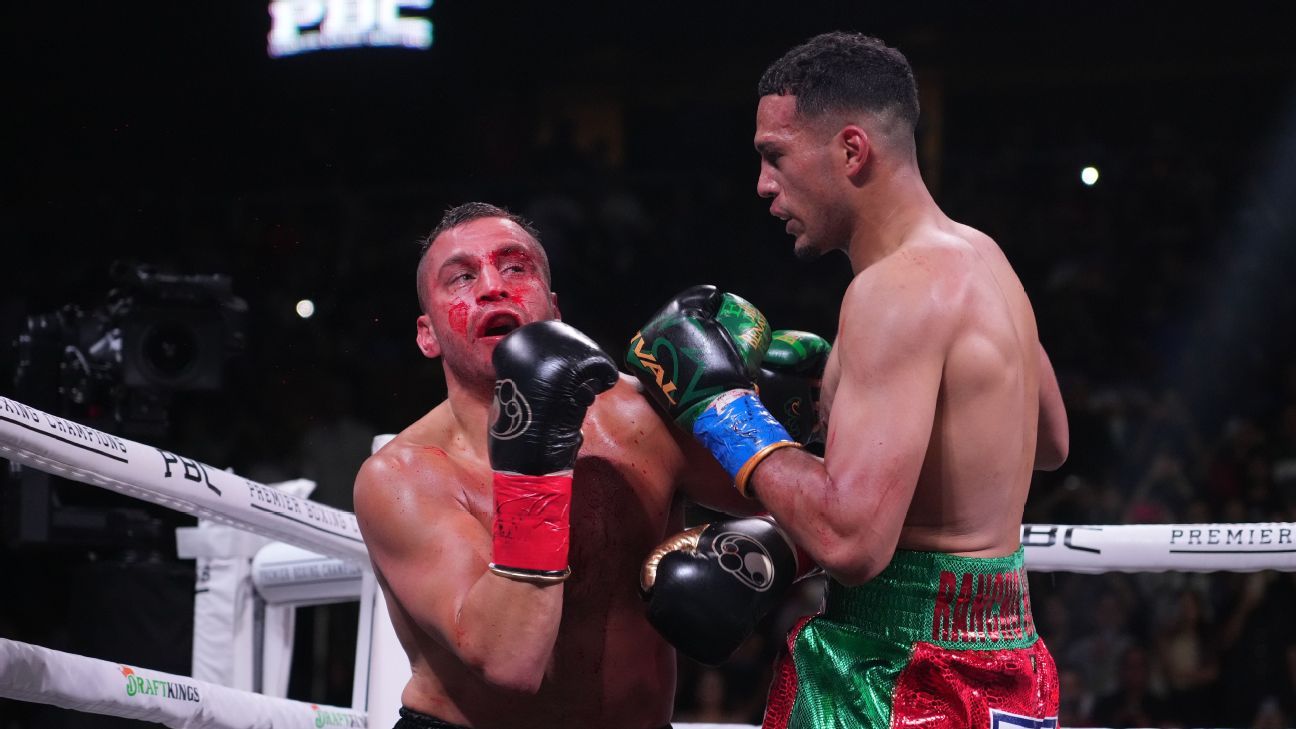 The speed. The power. The precision.

David Benavidez displayed all of those attributes on Saturday night against David Lemieux. And in front of a rocking home crowd, the undefeated Benavidez showed why he deserves another shot at a title.

Benavidez bloodied and battered Lemieux and forced a third-round stoppage at the Gila River Arena in Glendale, Arizona. Benavidez positions himself to be a mandatory challenger for the WBC’s super middleweight title.

The 25-year-old former champion from Phoenix wanted to show he’s as good as any of the other fighters in the division. He used Saturday night to show what kind of force he can be.

“I just feel I’m the strongest 168-pounder,” Benavidez said in his post-fight interview. “Nobody can mess with me.”

Benavidez (26-0, 23 KOs) entered the night ranked as ESPN’s No. 2 super middleweight behind Canelo Alvarez, the division’s undisputed champion. Lemieux is a former middleweight champion who lost his belt to a prime Gennadiy “GGG” Golovkin in 2015 but hadn’t fought for a title in five years.

Quickly, it was easy to see why Benavidez was the overwhelming favorite leading up to the fight.

At the end of the first round, Benavidez rocked the smaller Canadian fighter with a left hook that sent him into the corner. Referee Harvey Dock watched as Benavidez unloaded a barrage of punches and grabbed Lemieux as soon as the bell rang. Things only got worse from there. A jab sent Lemieux (43-5, 36 KOs) through the ropes in the first 30 seconds of the second round. Lemieux’s face was covered in blood that transferred over to Benavidez’s right bicep as the favorite kept whacking away.

Halfway through the third round, Lemieux’s corner decided enough was enough and asked Dock to stop the fight. According to CompuBox, 58 of Benavidez’s 74 landed punches were power shots.

“Definitely tonight was not my night,” Lemieux said in his post-fight interview, adding that he still hadn’t made any decisions about continuing his career following the loss.

For Benavidez, the bout was the latest in a string of contests designed to manufacture either a title shot or a crack at some of the more reputable names in the division. Benavidez has previously held the WBC’s 168-pound belt on two different occasions but has been stripped twice – once in 2018 for a positive cocaine test and again in 2020 for missing weight.

The win gives Benavidez the WBC’s interim title, which theoretically means he should get a chance at the sanctioning body’s top prize in the division.

Whether that happens or Benavidez gets the challenge he’s looking for remains to be seen.

“My hat’s off to David Lemieux,” Benavidez said. “Because he’s the only one who had the balls to take the fight with me.”