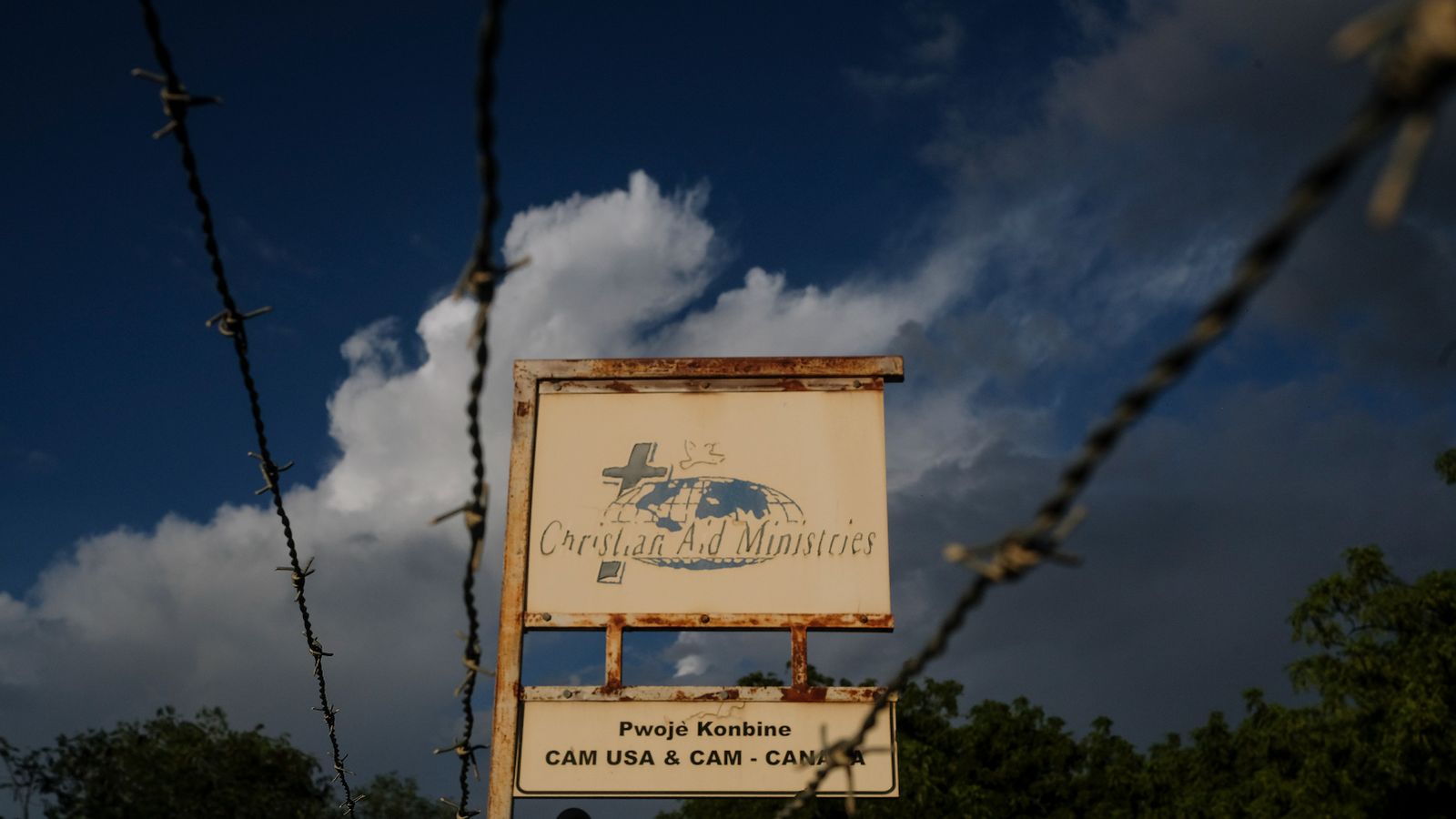 A Haitian gang leader has threatened to kill 17 kidnapped American and Canadian missionaries if he is not given millions in ransom money.

In a video posted on YouTube, the leader of the 400 Mawozo gang that abducted the group said: “I swear by thunder that if I don’t get what I’m asking for, I will put a bullet in the heads of these Americans.”

Wilson Joseph, who was dressed in a blue suit, carrying a blue hat and wearing a large cross around his neck, also threatened Prime Minister Ariel Henry and Haiti’s national police chief.

Speaking in front of open coffins that apparently held several members of his gang who were recently killed, he said: “You guys make me cry. I cry water. But I’m going to make you guys cry blood.”

“We would like for public peace to be restored, that we return to normal life and that we regain our way to democracy,” Mr Henry said.

Earlier this week, authorities said the gang was demanding $1m (£720,000) for each person kidnapped, but it was not immediately clear if this included the five children in the group, one of whom is eight months old.

The abducted group from Ohio-based Christian Aid Ministries is made up of 16 Americans and one Canadian.

They were kidnapped in Croix-des-Bouquets over the weekend – about eight miles outside the capital Port-au-Prince – along with their Haitian driver.

Before the video was posted, Weston Showalter, a spokesman for Christian Aid Ministries, told a news conference that the missionaries’ families are from Amish, Mennonite and other conservative Anabaptist communities in Ohio, Michigan, Wisconsin, Tennessee, Pennsylvania, Oregon and Ontario, Canada.

In a letter he read aloud from the families, they said: “God has given our loved ones the unique opportunity to live out our Lord’s command to love your enemies.”

He invited the public to join the group in praying for the kidnappers and those targeted, adding: “Pray for these families. They are in a difficult spot.”

Christian Aid Ministries later said it would not comment on the video “until those directly involved in obtaining the release of the hostages have determined that comments will not jeopardise the safety and well-being of our staff and family members”.

The number of women and children kidnapped in Haiti in the first eight months of this year has surpassed the total for all of last year, according to UNICEF.