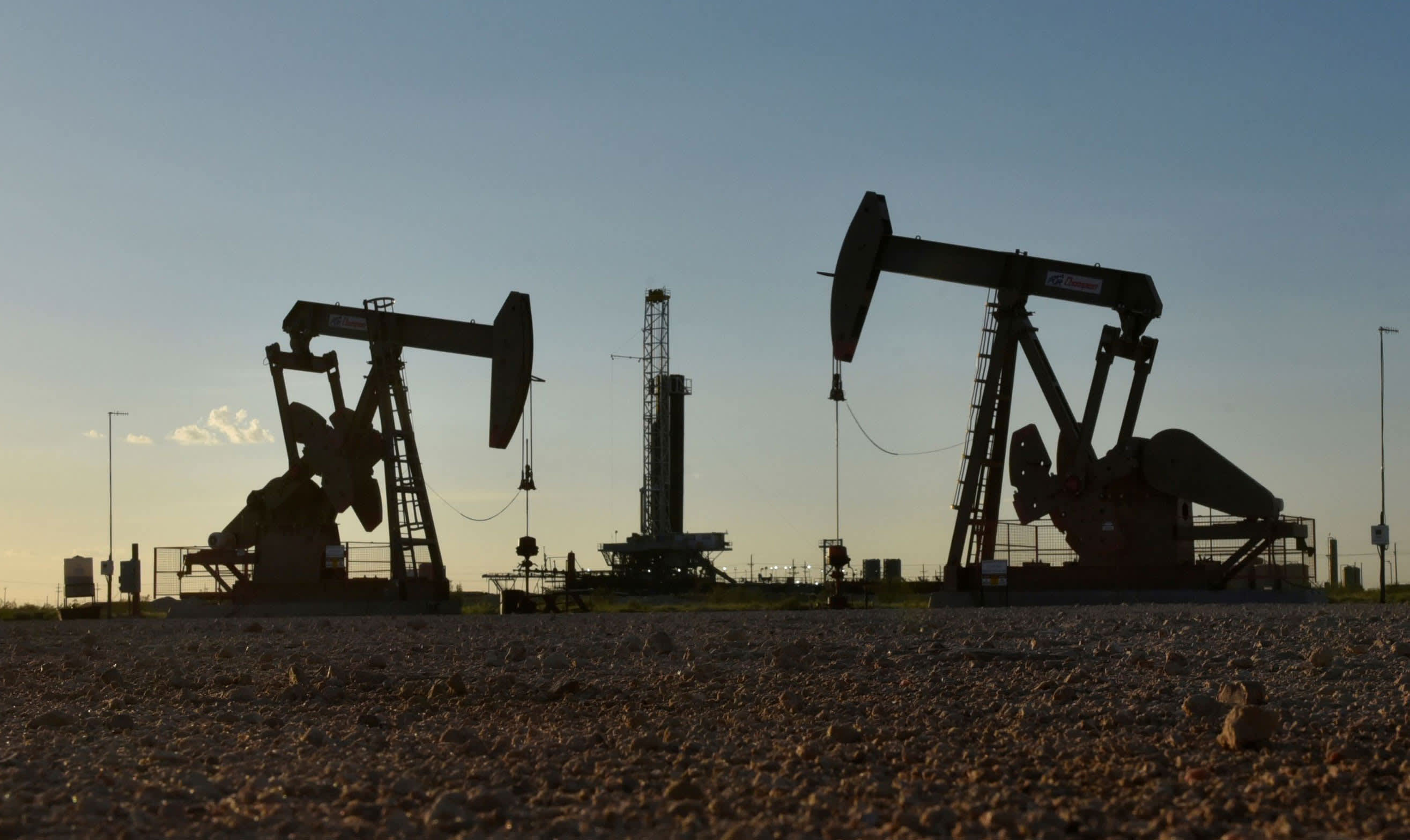 Pump jacks operate in front of a drilling rig in an oil field in Midland, Texas.
Nick Oxford | Reuters

A panic-induced sell-off in the oil market triggered by virus concerns has thrown the commodity’s upward march into question — but energy experts at Goldman Sachs don’t appear to be rattled.

Fears over the surging delta coronavirus variant and a fresh supply boost agreement from OPEC+ sent oil prices tumbling down more than 7% as the trading week opened Monday.

The drop was the steepest since March, a rude awakening for oil bulls who’d been enjoying the commodities’ highest prices in 2½ years.

Oil analysts were quick to stress the uncertain road ahead for demand as new waves of Covid-19 infections ― many among communities that have high vaccination rates ― threaten the recent months of economic recovery.

“The market is clearly unsettled about the demand outlook. And rightly so. The rise in delta variant cases is raising questions about the sustainability of demand,” Stephen Brennock, a senior analyst at PVM Oil Associates in London, wrote in a research note Tuesday entitled “Oil takes a beating.”

But analysts at Goldman Sachs led by Senior Commodity Strategist Damien Courvalin see the current setback as merely a speedbump, with little concrete reason for oil bulls to be worried.

Oil balances globally are tighter than they were before, despite the agreement between OPEC and its allies over the weekend to cumulatively increase crude production by 400,000 barrels a day on a monthly basis beginning in August.

The International Energy Agency estimated a 1.5 million barrel per day shortfall for the second half of this year compared to its demand predictions in the absence of an OPEC supply deal.

And Goldman predicts the impact from delta to be in the neighborhood of “a potential 1 mb/d  (million barrels per day) hit for only a couple months, and even less if vaccines prove effective at lowering hospitalizations in DMs (developing markets), the origin of most summer demand improvements,” as per its latest report.

Goldman’s call is in line with its previously bullish stance, which saw it forecasting Brent hitting $80 per barrel in the second half of this year.

The optimistic recovery outlook, paired with what it sees as a “slower” production ramp-up than expected from OPEC and tighter supply, so far means that “our constructive view on oil prices remains intact.” But the immediate-term demand hit from delta fears triggered a swap in the lender’s quarterly forecasts: It now expects Brent to average $75 per barrel in the third quarter of this year and only reach $80 by the fourth quarter.

“Oil prices may continue to gyrate wildly in the coming weeks given the uncertainties of the Delta variant and the slow velocity of supply developments,” Goldman’s analysts wrote.

Nonetheless, they continued, “we believe that the oil market repricing to a higher equilibrium is far from over, with the bullish impulse shifting from the demand to the supply side.”

A less talked-about factor in the future demand picture is the world’s biggest oil customer: China. The recovery of the planet’s second-largest economy is showing signs of losing momentum, which would throw a major wrench in the trajectory for crude.

China’s crude imports were down 2% in May from the previous month and the lowest monthly volume since the year began, according to PVM Associates, falling to 9.77 million barrels per day. In July, they fell further to 9.55 million barrels per day, according to Refinitiv Oil Research. The country’s imports for the first half of 2021 were down 3% from the same period in 2020, and the first contraction of that level since 2013.

“China’s latest GDP data suggest the nation’s V-shaped economic rebound from Covid-19 is cooling,” PVM’s Brennock wrote. “More worryingly, recent customs data out of China is giving the market some mixed signals that are tilted to the bearish side.”

The confluence of uncertain demand due to the delta variant, cooling import levels from China and re-introduced supply from OPEC and its allies, known as OPEC+, suggest bearish signals to the market. But how long the uncertainty will last and whether national vaccine campaigns can offset the mutating virus will ultimately drive the demand picture. In the meantime, supply dynamics, particularly current inventory tightness, continues to give some fuel to the oil bulls.

“Questions are being asked whether the recently announced increase in OPEC+ supply will overwhelm the recovery in demand,” Brennock wrote. “Currently, this seems unlikely, although the evidence from the world’s top oil importing nation appears to favour the bearish narrative.”

This article was originally published by Cnbc.com. Read the original article here.

NASA rover discovery reveals there may have been life on Mars
Ukraine War: How are Russian missile strikes affecting Ukraine’s energy supply?
Podcast: Tesla FSD Beta wide release, Cybertruck reservations, TSLA investors ask board to help, and more
Bret Taylor steps down as co-CEO of Salesforce, leaving Marc Benioff alone at the helm
‘They said they had no space’: Family says boy, 5, died after he was sent home from hospital