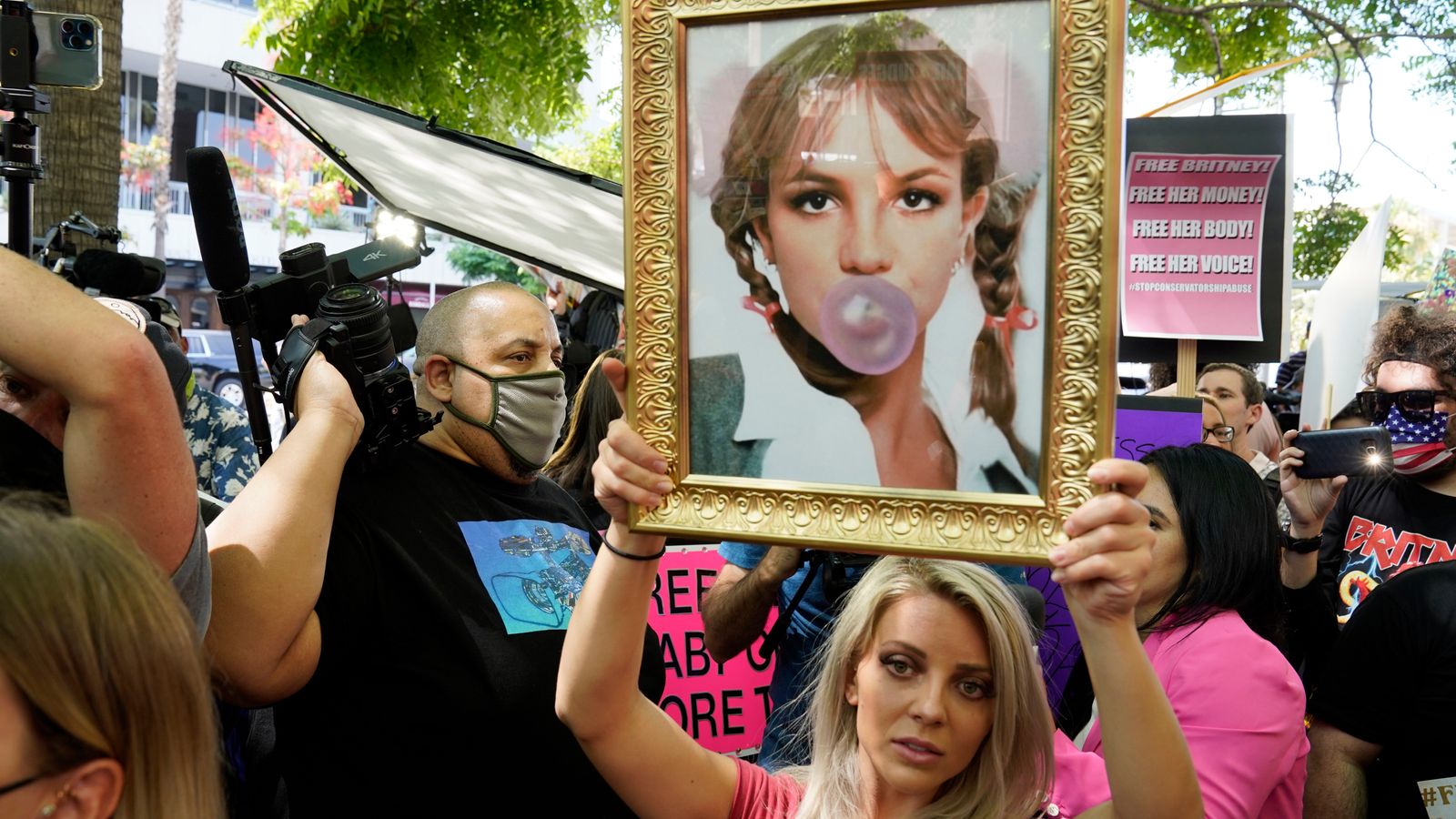 There were no leaks of the courtroom audio this time but the voice of Britney Spears was heard just as loudly in her latest call for release from a controversial legal conservatorship.

Three weeks ago, when the performer first laid out her anguish at the impact of the arrangement on her life, the feed from a system designed to let people listen in remotely during the pandemic was streamed illegally online. The system has since been shut down.

So, as she embarked on round two of her assault on the legal system, it was just those packed inside Department 4 at the Los Angeles County Superior Court who could hear her plea for freedom.

What is perhaps most illustrative of the complexity of the conservatorship web surrounding Britney Spears is how long it takes to get all the relevant parties together in the same courtroom. More than a dozen lawyers appeared remotely or in-person at the hearing.

One of those lawyers alone mentioned a figure of $3m (£2.2m) racked up legal fees in this case – and this conservatorship has been going for 13 years.

During both of her appearances at the hearings, both times on the phone, the emotion was palpable. For the second time, she spoke so quickly the judge had to ask her to slow down for the sake of the court stenographer.

The words tumbled out: “I’m here to get rid of my dad. I want to press charges for abuse of conservatorship. I want an investigation on my dad,” she said. The arrangement is “literally letting my dad ruin my life”.

When she broke down crying, upset at what she saw as her family not caring for her, judge Brenda Penny told her softly to take a minute to compose herself.

Her allegations against her father and conservator Jamie were labelled “unsubstantiated” by his attorney.

The major victory for his daughter was permission to choose her own lawyer. Her choice Mathew Rosengart has represented a slew of Hollywood stars over the years and indicated that ending the conservatorship will be his first task.

“If he loves his daughter, it is time to step down,” he said of Mr Spears.

Many of the lawyers agreed that the conservatorship system is broken and not working in the interest of the person it is designed to protect. Campaigners say there are possibly millions of people in the same situation.

Once again the cool austerity of the courtroom was in contrast to the boisterous support for Britney Spears in the heat on the street outside. It seems to grow with every hearing.

Of the latest legal victory, Leanne Simmons, one of the original organisers of the Free Britney campaign, told me: “It is vindicating. It’s been tough. We’ve been laughed at, we’ve been called conspiracy theorists, so to hear Britney confirm these things we’ve been fighting for, it is a little validating.”