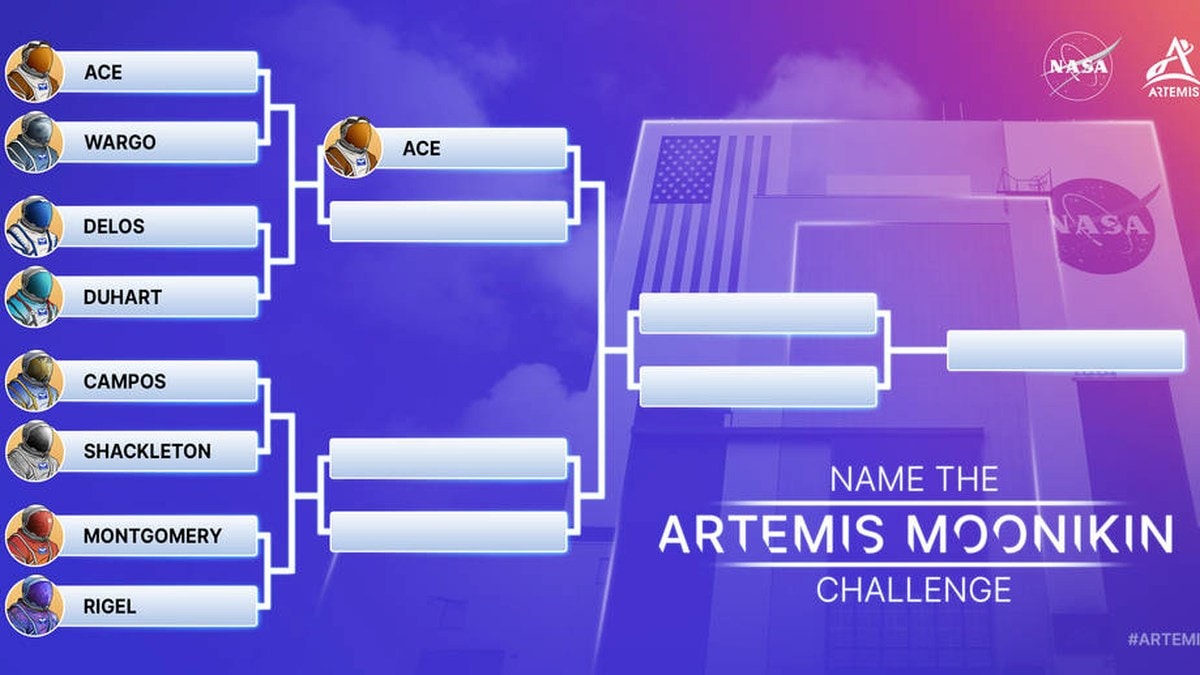 NASA has launched a contest for space enthusiasts to name the manikin, a spacesuit-donned dummy, that will fly around the Moon during an upcoming mission. The dummy, which the space agency affectionately calls “moonikin”, will fly around the lunar surface and help gather data during the uncrewed Artemis I test mission expected later this year before astronauts are sent to the Moon on Artemis II. For the contest, NASA has already shortlisted eight names out of which you can vote your favourite on its social media accounts. The winners will then compete against each other in the next round.

NASA has decided to conduct the contest in batches of two names. It will regularly put out two names on Artemis programme’s accounts on Facebook, Twitter, and Instagram, asking social media users to pick the one they want as the name of the manikin.

The first two names NASA put out were: ACE and Wargo. Check the winner below.

Today’s bracket for the Name the Artemis Moonikin Challenge features:

Similarly, NASA will take the contest forward on alternate days and winners will compete with one another until the final showdown on June 28, the American space agency said in a statement. The next batch of names will be available for voting today, June 18. Read more about it on the NASA website.

The final name of the manikin, or ‘Moonikin’, will be announced on June 29.

The Artemis I will use the new Space Launch System, the most powerful rocket ever built according to NASA. The manikin will help it understand what forces real astronauts will face in future missions on the new rocket system.

The manikin will be equipped with two radiation sensors to record acceleration and vibration as Orion spacecraft travels around the Moon and back to Earth. The crewed Artemis II launch is set for 2023, and if it sticks to its schedule, it will be NASA’s first mission to the Moon since the Apollo 17 mission in 1972.

This article was originally published by Ndtv.com. Read the original article here.